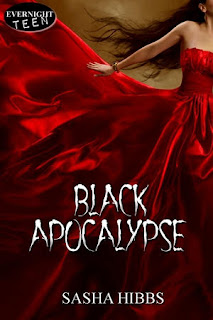 Follow along with the tour HERE
Excerpt:
He glanced  at her silhouette. She stood beside him quietly, a tear streaking her pale face, one silver line visible against the cold wintery night.
“Will you dance with me?” Abaddon said, turning her back to face him.
Ally spoke with her body. She shivered as she turned to him, reaching out and lacing her fingers through his.
Abaddon responded by pulling her close against him, removing his hands from hers so he could wrap them around her, holding her tight and praying for the courage to see his task through.
The Seraph told him, told him what he must do. In his broken mind, the pieces lay jagged and strewn, but he was putting them together, regaining the memories he’d lost through the blinding rage of his illusion. But Ally was real. He was holding her in his arms, and she came to him with trust, with patience, while he tried to regain the memories from his human life, ones  that would guide him on the path he was supposed to be on now.
But as he held her in his arms, she felt so fragile, so breakable. He could hear the soft thrumming of her heart. The beat was uneven, a rhythm that reminded him of the last remnants of life. Ally was dying. She was his soulmate and the beat of her heart gave him all the courage he needed. He wasn’t going to kill her. He was going to save her.
Abaddon slowly broke away from her, keeping her at arm’s length. Her light was dimming, but there was the faintest glimmer in her eyes that held hope for him. She would be strong enough to endure what he was getting ready to do to her. She had to be.
Abaddon brought his wrist up to his mouth, extended his canines and pierced his flesh. As blood rushed up to the surface, he gazed into her eyes. He parted his lips, ready to speak, to tell her it would be okay, but was silenced by Ally resting a single finger against his lips.
“Shh,” Ally whispered.
Her gaze told him that she knew what was happening. She wouldn’t fight him. He could see that she would trust him, blindly put all her faith in him, was truly ready to walk down an unknown path with him.
He watched in awe as she circled her cold fingers around his wrist and brought it up to her lips. She locked gazes with him and he could feel her taking his essence into him. She ended by gently kissing his wrist where the wound was. She swept her hair to one side, exposing her neck up at him.
Abaddon felt a warm tear run down his cheek.
“It’s okay, Michael,” Ally said, her voice so little. “I’m ready.”
He unfurled his wings, pulled her against him tightly, lowered his lips to hers, and in his mind he whispered the words from a song, a song from a long time ago that meant so much to him then and even more to him now.
“I’ve waited such a long time for you,” he said. He softly caressed her lips with his, savoring the feel of her against him, the kiss he’d waited a lifetime and beyond for. He raised his gaze back to hers, brushing a wisp of hair away from her eyes, cupping her face.
“A lifetime,” he said, as he brushed soft kisses along her temple, her cheek, her jawline, back to her trembling lips. Thinking back to that night long ago, he lived the words of that song, held nothing back for what he felt for her.
Abaddon could see the tears standing in her eyes. He kissed them away, their salt lingering on his lips. He drew her closer into him so that he could feel she was real, she was in his arms, her life in his hands.
And through her tears, he could see the relief, he could see the hope, he could see her love staring back at him. His heart hammered in his chest, that muscle giving way to a new life, a life that only love could give.
He brushed his lips against hers again and again, whispering those lyrics so appropriate for them, for their life, their death, their love against a world that, like her essence, was fading fast. “You’ll always be mine.”
With shaky hands, Abaddon pulled her down to the ground with him. Cradling her in his lap, he grazed his canines against her throat. “I need you,” Abaddon whispered, as Ally laced her fingers through his hair, pulling him down to her vein. She
arched her back, pressed up against him, encouraged him to drink from her, to take her to where he’d been.
Abaddon exhaled against her skin. With one hand holding her head and the other pressed firmly into the small of her back, he pierced her, sunk his teeth into the soft flesh at her neck. He took her into him, her blood coursing through him, sating a hunger for far more than sustenance. In her blood was the story of their life, the answers he sought, the lyrics to their own song.
Abaddon could feel the life slowly fade from her, could hear her heartbeat slow. Removing his canines, he drew back from her. Her head lolled to the side, her pupils beginning to fix. He brought her lips back to his, kissed her gently. As Ally’s last breath escaped her body, Abaddon clutched her tightly to his chest, a crimson tear falling against her, he whispered into her ear, “Hurry back to me.”

Ten Things You Didn’t Know About My Book Series:

Hi and thanks so much for having me!

First, my series is a YA Paranormal series with a nice helping of romance.

1.) I wrote the books before ever traveling to the locations I wrote about. Risky, but traveling costs money. The nice thing about today’s technology is we can google just about anything!

2.) It’s a 4 book series. Originally I intended this to be a trilogy, but the characters grew beyond me and I had to write an additional book.

3.) The original villain in the series, pleaded to me, and feeling sorry for him, I turned his life around and made him the good guy. Funny how things turn out so different from what we originally intended.

4.) The finished product on book 1, Black Amaranth, came in at around 230 pages. Originally it was 300 pages long. So, there were some serious scenes cut from the series.

5.) My series has a strong religious undertone. My publisher asked that I take some of that out. See # 4. That’s where the machete came in.

6.) I had the very last scene in the fourth book planned out before I ever sat down to write book 1. Talk about putting the cart before the horse J

7.) I named one of my secondary characters after a beta-reader. And in terms of other influences on names, my main character Ally Watson… the ‘Watson’ part hails from my husband’s side of the family. Also, ‘Ravenscraft’ and ‘Belle Crow’ are all influenced from my husband.

8.) Developing a series entails creating a load of characters. While I love them all, the main character isn’t actually my favorite. It’s a toss-up between two other secondary characters… Brandi Frasier and Abraham Rathbone.

9.) I originally named my main character, Ally Waston, Elena. After is seemed that ‘Elena’ popped up everywhere, I decided to change her name to Ally.

10.) I wrote the YA series to where it would have crossover appeal. The intention was to end it and foreshadow the adult version of the series. Shall we say that it is called the Vulcan Legacies series and that Vulcan is thousands of years old and it’s time to write his story? *wiggles eyebrows*

About the Author:
By age 5, Sasha Hibbs’ favorite movie was Gone With the Wind. By age 12, she completed her 7th grade book report on the sequel, Scarlett. By 18, she met and married her very own Mr. Rhett Butler and as it turns out, she never had to worry about
going back to Tara to win the love of her life back. Fortunately, he stuck with her.
With a love of all things paranormal, the ambiance of the South with its gigantic antebellum mansions and canopies of Spanish moss, and a love for her husband’s rich storytelling of blacksmiths and the mythology surrounding their origins,
it wasn’t long until the world of her debut novel, Black Amaranth, was born.
When not working her day job as a nurse, you can find Sasha dreaming of her next beach trip, reading the latest YA novel, and drinking more white chocolate mocha than she should.
Sasha lives in mountainous West Virginia with her husband, Tim, and their two daughters, Aeliza and Ava. She is currently hard at work on her next novel.
BLOG
WEBSITE