Too Sexy For His Stetson

Anguished over his father’s lack of morals, Deputy Blade Beringer struggles to conquer self-doubts. When he and his K9 partner Rambo arrive in the mountains of northern Idaho, Blade is faced with a band of white supremacists, a homicide investigation, and a murder cold case, not to mention the task of training a gorgeous blond rookie.

Trainee Brandy Wilcox is bent on clearing her mother’s name of a wrongful murder conviction. While working the homicide investigation with her sexy new training officer, she discovers a connection between the victim and her mother’s case. The two deputies struggle to resist their mutual attraction and abide by the no-fraternizing rules, but passion blazes and teeters on the brink of love. With a killer targeting them and danger lurking at every turn, Brandy doubts their love can blossom, especially when she puts Officer Skip Coogan—Blade’s best friend and father figure—at the top of her suspect list.

We’ll take a break here.” In shallow water, Blade jumped out and pulled the raft ashore. They tossed aside their life vests and helmets and climbed onto sun-baked rocks, settling on a boulder that rose four feet above the water and cantilevered over the river.

Brandy retrieved water bottles and a bag of homemade trail mix from the dry pack, poured a handful for herself, and handed it to Blade.

“I ate them while I was mixing, so I added dried fruit instead.”

“Yum.” He turned up his nose and tossed back a handful despite the sarcasm. Then he surprised her. “So, suppose Secada lied about being with Skip the night of the murder. Aren’t there millions of people who weren’t with Secada that night?”

“Sure,” she said, a handful of trail mix midway to her mouth, “but the fact that Coogan lied about it is significant.”

“With Secada out of the picture, who’s to prove he lied?”

“Exactly. His death is so convenient.” Brandy’s stomach muscles tightened. Her gut feeling about Skip’s guilt remained as strong as Blade’s unconditional belief in the man’s innocence. “Why do you refuse to consider Skip could have a dark side?”

“Because his personal history is impeccable.”

“Skip comes from a highly respected family. His dad was a cop who lost his life in the line of duty. And his grandfather was a Chief Inspector.”

“Not people who are made of the right stuff.”

“You really believe that? Like father, like son? And a person’s either born to be good or destined to be bad?”

He shrugged, and Brandy recalled his comment from the other night. I’m the product of an angel and a demon. “You’re living proof that theory is pure BS.”

The muscles in his cheek tightened, along with the set of his jaw.

“Blade?” She reached for him, not knowing her intention, simply wanting to reassure him. Before her fingers made contact with his arm, he grabbed her wrist. Her heartbeat surged. An eternity passed while his gaze burrowed into hers. Then he brought her hand to his mouth and nipped a Rice Chex clenched in her grip.

The scowl line on his forehead deepened.

She thought he was going to drop her hand and retreat, but he seemed to shake off whatever was bothering him, and suddenly heat simmered in his eyes.

She cleared her throat and tried to edge back.

“We could be headed for dangerous water, Brandy.”

“I meant what I said. I’m not into serious relationships. You need to know the score before—”

“What? Before things get out of control and progress to the next level?”

The hair on the back of her neck ruffled. “Always so presumptuous—who said I want to take things to the next level?”

“No,” she huffed. Then chanced looking him in the eye.

It happened so quickly, she felt like she’d been side-swiped by a Humvee. He jerked her tight against his chest, sealing his mouth over hers. For a second, every nerve in her body quivered.

She came to her senses, stiffened, and tried to pull away.

He held her tight. His tongue slipped between her lips, and his body heat burned against her skin. She couldn’t resist. She sucked him in, a moan escaping from her throat.

Before she had a chance to get her bearings and back off, he pulled away, a smile curving his lips. “Presumptuous, maybe. A ba==d, definitely. But you just failed the lie detector test. Like he– you’re not interested.”

“Sc–w you, Beringer.” Catching him off guard, she gave him a forceful shove, and he flipped into the water. When he didn’t surface after a minute, she scurried off the boulder and waded into the water. “Blade?”

Something clawed at her toes. Before she could brace herself, the something gripped her ankles. Her feet went out from under her, and she smacked the water butt first.

With a forceful kick, she freed one foot, twisted around and head-butted Blade in the gut. He snickered as he went sprawling.

Laughing, she sloshed toward shore, but before she made it to land, he caught her and spun her around to face him. And there she was again, in his arms, his chest snug against her drenched T-shirt. She could have freed herself with a well-aimed knee to the groin. But this wasn’t scenario training, and he wasn’t a perpetrator. And she didn’t really want to get away. Not with his blue eyes darkening, looking at her the way they were.

“For a drowned rat, you sure smell good. What are you wearing? French Potion Number Nine?”

This was her cue to knock it off and wriggle free. “Shampoo.” Eau de drugstore gener-eek. The extent of her collection of seductive fragrances. Then she realized she’d splashed on Tendre Amour that morning, a sample packet of her favorite perfume, which she couldn’t afford to buy.

“Yeah, you’re right it’s French.” She shrugged and tried again, half-heartedly, to pull free. He refused to loosen his hold. “Tendre Amour,” she said, pouring on the French accent. And, wow, if it had this effect on Blade, maybe she should have splurged and bought a bottle. Every time she went to the mall in Fort Shoshone she picked up at least one free sample.

His fingers threaded through her wet hair, tugging her closer, twisting a curl around his index finger. He inhaled.

Her pulse throbbed in her throat. She remembered his lie detector comment. “Is this another test?”

“For me it is.” He sighed and released her, stepping back, his gaze slowly sliding over her, top to bottom. It settled on the soaked image of Jon Bon Jovi’s smiling face. 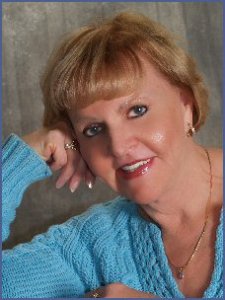 adrenaline kicked romantic suspense. She enjoys skydiving, ski jumping, SCUBA, hang gliding, big wave surfing, car racing, mountain climbing—that is, vicariously through her characters, who are always strong, and often boss her around rather than allowing her to spin her stories the way she intends. (She did, however, personally engage in zip lining the past summer.)

Her debut novel Shadow of Deceit, released by The Wild Rose Press in 2012, is an edge of the seat romantic suspense-thriller set in Milwaukee and parts of northern Wisconsin. Shadow of Deceit earned Mal a spot as finalist in WisRWA’s 2013 Write Touch Reader’s Award contest for published authors.

A couple of her favorite reviews came from Beverly at The Wormhole, who said, “Wow! This one has it all! Non-stop action, hot and sexy characters, betrayal, smokin’ romance, and a thrilling plot–” and Gothic Mom’s Book Review, which stated, “In the 150+ books that I read per year, there are very few that receive a five star rating. Shadow of Deceit did just that. Non stop action, sexual tension, an adventure that had me on the edge of my seat…A fantastic book that had me from page one…”

Too Sexy For His Stetson is another romantic suspense-thriller. This time Olson’s bossy characters lead her to the mountains of Northern Idaho, where a deputy sheriff and his female rookie deal with menacing white supremacists, a homicide, a murder cold case, and a threat to a nearby dam—all while trying to keep their hands off each other. Meanwhile, Rambo, the hero’s retired K-9, quietly steals the show.

Olson also offers two short stories. Danger Zone, which has spent months in the Kindle top 100 free romantic suspense category, is a guaranteed fifteen minute pulse pounder where two strangers survive a rock ‘n roll landing on an icy Milwaukee runway and chase a could-be terrorist into the danger zone. Me and Brad, a feel good romance, features an irresistible K-9 and was ranked in the Kindle free top 100 list for months in the Contemporary Romance category.

Prize is3 eBook copies (1 each to 3 winners) of “Shadow of Deceit” from Mal Olson. Contest ends July 21. Must be 18 years of age or older to enter.