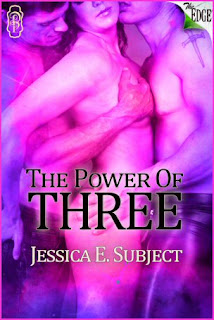 Title: The Power of Three
Series: DP’s The EDGE Series
Author: Jessica E. Subject
Publisher: Decadent Publishing
Length: 4,500 words
Genres: Erotic Paranormal Romance (Time-Travel, M/F/M, M/M/F)
Heat Level: Sizzling
AVAILABLE AT
Decadent Publishing:
http://www.decadentpublishing.com/product_info.php?products_id=587&osCsid=98a84t8vqlahkk21b3ejqevre4
Amazon
http://www.amazon.com/Power-Three-Edge-Series-ebook/dp/B008MP36YM/
Barnes & Noble
http://www.barnesandnoble.com/w/the-power-of-three-jessica-e-subject/1112147522?ean=2940014966825
All Romance eBooks
http://www.allromanceebooks.com/product-thepowerofthree-884414-140.html
For more buy links and information, please visit: http://www.markofthestars.com/wp/?page_id=10029
BLURB
Cursed to live amongst several stone gargoyle statues, Oscar watches a young couple, yearning to participate in their sexual activities. For he has been away from his own lovers for over a year, and longs to touch and be touched again.
When he tumbles off the headboard onto the couple, he is released from the statue but must find a way home. His only thought: a ménage with the man and woman who freed him. But will they try something new to grant him his return passage, or leave him wandering Earth alone?
EXCERPT #3
“I’m from Wigbay,” [Oscar] stated. “I’m not sure how to explain where that is except to say, it’s in another dimension. I was sent here, trapped as a spirit inside your gargoyle statues when I refused to take on another female lover.”
On the day he’d been sucked away from his life partners, Catalis had arrived at his shared home, shouting curses and calling him out for not taking her as his mate. Against their advice, he left Lianna and Lewis on the love platform, anxious to dispose of their unwelcome visitor. But she had other ideas.
When he met her outdoors, she waved her arms in wide circles, uttering an ancient chant. Her malicious words drew the air around them into a swirling mass. Without the combined power of his mates, he was weak to stop her. Catalis used an energy field to bind him then tossed him into the center of the twister. Lianna and Lewis raced out the door and launched themselves onto the sorceress, but they were too late.
“You were in our statues?”
Oscar blinked hard, returning his attention to his hosts.
Bo’s eyes grew wide, his face a mess of contradictory emotions.
“Another lover?” Delayna asked.
“I’ve been able to move amongst the gargoyles you own for the past year. It feels like forever since I’ve seen Lianna and Lewis—my mates, my lovers.” A wave of sorrow threatened to wash over him, but one glimpse of the sparkle in her eyes brought back his immediate need.
“You’ve been spying on us for a year?” Bo turned to his wife. “I don’t believe this shit about being trapped, but there could be hidden cameras in your statues. I swear, Delayna. I’m throwing every single one of them away as soon as we get this whackjob out of the house.”
“Please, Bo.” She whispered something in his ear and he smiled until he caught Oscar looking at him.
Bo stood up, letting the pillow fall to the floor. “Like what you see?”
He smiled, taking in the man’s full figure, each rippled muscle, his thick arms, legs, and luscious cock. “Oh, yeah.”
Delayna giggled again, tossing the sheet aside. She spun around as if eager for him to see all she had to offer.
Yet he already knew and was eager to sample. Oh, to be sandwiched between these two.
Bo scowled, but his betraying shaft stood up even straighter. “So, what the hell do we do now? How do we get you back to wherever-the-fuck you’re from?”
An idea formed in his mind, one that would leave him satisfied in so many ways. These two had set him free from his prison of stone gargoyles. Perhaps they could send him back to his sanctuary as well? “A ménage? It was your combined touch that unleashed me in the first place.”
Bo’s face turned red. With clenched fists, he stepped closer, his nostrils flared. “Get. Out.”
Delayna squeezed between them. If only they could move that position to the bed, against a wall, anywhere.
“Maybe…if he just watches…?” She chewed on her bottom lip, making him yearn for a taste. If her flavor matched her scent, he would sample cherries with every lap of his tongue. Gods, let’s get started.
Bo grabbed her shoulders. “You believe him?”
She nodded. “He appeared out of nowhere. You saw it, too.”
Glancing down at the crumbled statue, Bo sighed.
“It might be exciting to have someone watch us. You always like to try new things.” She stroked his pole then moved to the side, waving Oscar closer. “And maybe you could teach him some of your stellar moves.”
Okay, she had me at time travel…I’m a sucker for a time travel story.  Throw in a gargoyle and I’m your girl.  I bet yall didn’t know that about me.  I love them both.  Gargoyle’s are a different form of paranormal and not one that is written about alot.   Immediately, I was hooked.

For such a short story, I immediately felt connected with all three characters.  Oscar was trapped but yearned for his own lovers touch so watching Bo and Delayna was pure hell for him.  Being cursed and trapped in stone with a raging libido was not good.  All Oscar wanted was to go home.

Bo and Delayna didn’t know what to think when a gargoyle statue fell on Bo’s head right after having sex.  After revealing in shock and dismay with Oscar’s story, passion soon took over for all three.  Good heavens, the sex is completely off the charts between all three of them.  Part fantasy, part necessary and part lust, it was pure magic.  I like it when a man throws down the rules in a menage that really isn’t supposed to happen and then for him to get totally turned on by it?  *fans self*  Yes, it was that good.

While The Power of Three is a short story it covered all the bases for me.  Great plot, characters that I cared about, a touch of paranormal and time travel and hot smexy!!!

Great job Jessica and I really need to read Celestial Seduction and Beneath the Starry Sky.

AUTHOR BIO
Jessica Subject started writing to encourage her daughter to read. Now she writes to keep herself grounded. Although she reads many genres, she enjoys writing Science Fiction Romance the most and believes everyone in the universe deserves a happily ever after. She lives Southwestern Ontario, Canada with her husband and two kids and loves to hear from anyone who has enjoyed her stories. 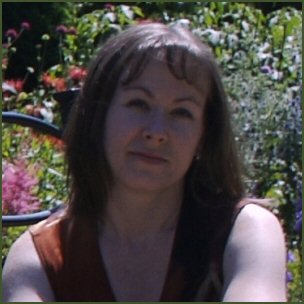 20 thoughts on “The Power of Three by Jessica E. Subject Review/Giveaway”