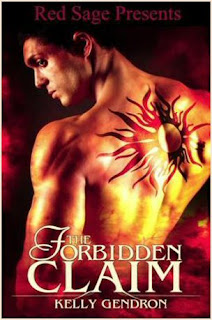 I would like to welcome Kelly Gendron to the blog today.  Below I have a blurb and two excerpts for you.  Also there is a giveaway so don’t forget to leave your name and email in the comments.  Without further ado, my interview with Kelly.
BLURB
US Marshall Jinx Collins is an outspoken, free-spirited, and fearless woman. It’s that same fearlessness, however, that tends to get her into trouble. Jinx questions her life prior to being adopted. When those questions lead her to a murderer who’s about to be transported into the witness protection program, Jinx decides to kidnap him to see if she can uncover the truth.

Jed Kane has worked undercover in the human trafficking ring for years. When Jed accepts a job to disguise himself as one of his worst enemies and to take a ride from the correctional facility to a secured location, he certainly had not planned on being abducted by Jinx Collins. Jed’s uncertain as to how he feels about her touchy-feely hands and loose lips-unsure if they irritate him or if they are awakening his badly behaving desires. Jed knows he must first find out what the fanatical little lady wants with a murderer before he can act on whatever he’s feeling.

traight away Jinx is attracted to the resilient and enticing Jed Kane-the only man who hasn’t backed down from her candor. While Jinx discovers that the questionable criminal may be able to assist her in finding out the truth about her past, Jed vows to save Jinx from her daring self. Once Jinx starts to understand what Jed feels for her-he wants to own her-she demands that he succumb to the raging frenzy. Jed allows himself to seduce her body, submitting himself to that dominant need. But haunted by a world of unlawful ownership, Jed forbids his cold heart to stake its dangerous claim on Jinx Collins.

Locked away in a dark basement, a little boy is waiting to be rescued-and Jinx’s past holds the key to his prison. If Jinx can finally find the truth which holds her fears, and if Jed can forgive himself for his past, then not only might they be able to save the boy, but they might also discover that their carnal desires really derive from their own prison… an inescapable prison of love.
EXCERPT #1
Instinct told him to remove his hands from her hot little body. But Jed stood motionless. He needed to let go-and should have-but as her smile dissolved, he became lost to the kittenish gleam in her canted eyes. She feathered her fingertips lightly over his chest and Jed stiffened.

“Well,” she lifted a hand and slipped it around to the back of his neck, “I’m patiently waiting for that other shock… the one you personally were going to give to me if I tried to escape.” She scrapped her nails along his neck. A rush of goose-bumps rippled right down to Jed’s toes.

He glared at her. Anger surged through him from her foolish but bold act, and from his reaction to it. He wanted to grab her and shake her. Although he may not be Aztec, Jed certainly was a killer, and this Jinx was too daring for her own damn good. He wanted to teach her a lesson and give her another well-deserved scare. He snatched her hands and slammed her into the wall. “Don’t try to seduce me. There’s no way I’m letting you go,” he warned.

“Seduce you?” She tossed back her head and giggled as if it was the most ridiculous thing she’d ever heard.
“Jed,” she sobered, but the fearless minx didn’t shrink back from him, instead, she pressed her body up against his, “don’t mistake my curiosity for seduction.”

Jed pinned her hands to the wall. If closeness was what she wanted, then he’d give it to her. He thrust his body forward, hitting his pelvis, hips, and his growing erection into her soft form. She tensed beneath his firm hold, and his action was rewarded by the flicker of fear he caught in her eyes.

“Don’t’ mistake this GQ guy,” he pushed her hands harder to the wall, “for a man who wouldn’t hurt you to get what he wants.”

Trepidation slipped from her. “And what exactly is it that you want, Jed?” She glimpsed down at their molded bodies, drawing attention to his hard male heat, and then glanced back up at him.

Fuck! Jed could feel his self-control slipping. He needed to back away. Discerning his insubordinate rod was almost ready to surrender to her sexual advances, ready to take what she was offering in return for her freedom.

“Right now, what I want,” his mouth was so close, nearly brushing hers, “you couldn’t handle it.”

“Try me,” she purred, her warm breath feathering upon his lips.

Damn! She made him hard. He inched closer to her tempt. Her small firm breasts pressed into his chest and her breaths quickened as he rounded to her ear. “I think I’ll wait until you tell me just who you are,” he lowered his already rasping voice, “before I satisfy your curiosity and play with you, little lady.” He drew back, determining if he didn’t retreat, the disloyal throbbing hardness between his legs would stop at nothing to get what it wanted- her. And with that knowledge, Jed did what he should’ve done when she fell into his body- he let her go. Seeing the flash of relief in her eyes reassured Jed that he’d made the right decision. It appeared, for all the purring the kitty was doing, her nails weren’t actually ready to give him a scratch, yet.

Jed went over to the window to close it. While latching the window, he caught her reflection in the mirror. She was going after his gun. “Don’t even try it,” he advised the little lady, who apparently hadn’t learned not to touch something when it was hot.

She grimaced. Her head turned, and she met his reflection. “Wouldn’t think of it,” she smirked and crossed her arms over her heaving breasts…

EXCERPT #2
Jinx sat in the chair, returning his harassing stare. His forehead glistened. His skin was flushed. “Hmm. Ya know, you don’t look so good,” she thought, and then said it aloud.
He swiped a hand over his forehead and got up. At his full height, he was a couple inches taller than Aztec’s six feet, and Jinx wondered how she’d missed that little detail too. His fingers came to the top button of the orange jumpsuit. He undid it, went for the second, and then the third.

Confused, she asked, “What the hell are you doing?”

“I’m sweating my ass off,” he said, continuing on to the fourth button.
“It’s cool in here,” she said, desperately hoping he didn’t intend to strip right in front of her.
“Yeah, says the little lady in her skimpy short-shorts and tank top,” he retorted before he started to unfasten some kind of straps at his shoulders.
What the heck is he wearing? She watched as he pulled the thing from his body. An empathy belly, like a pregnancy vest without the breasts. He tossed it on the table. From his broad shoulders, he pushed off the top-half of the jumpsuit. It fell to the ground, revealing his lean waist. He pulled his sweatshirt over his head, and his muscle-toned biceps flexed as he hurled it to the ground. Jinx couldn’t resist. She leaned in, anxiously waiting and hoping the tight t-shirt was next, but it stayed on as he started to step out of the orange suit.
“You’re certainly not Aztec,” she drawled in amazement, still trying to adjust her eyes to the new and improved mystery man before her.
With the last step, he kicked the suit to the side and gave her a fleeting look. “I thought we already came to terms with that,” he said, standing there in a pair of nice-fitting jeans.
“Yes, but now I’ve gotta come to terms with this.” She waved her bound hands at the tight, hot male body in front of her.
“With what?”
“With this. With you,” she said with one last wave.
He rubbed his beard until his fingers started to pick at it, tugging from the base of the thick hairs. The scruffy whiskers lifted from his face in one clump.
That’s fake too? It sure was, and the face hidden behind all the coarse hair was a heart-stopper. The man was exceptional, from his striking, deep-set eyes to his tan, ripped body. Those exotic eyes, strong cheekbones, virile lips, and set jaw, sparked a new sensation inside of her—something hazardous but incredibly exciting. Attempting to fend it off, she heaved a sigh. “This is just great.” She slumped back into the chair. “I’ve been taken hostage by a guy who looks like he just stepped out of a damn GQ magazine.”
He swept those dark sexy eyes over every inch of her body. “Looks,” he said, finishing the bold but rigorous survey to meet her eyes, “can be very deceiving.”
No shit! Just seconds ago, Jinx had thought the hot, buff guy before her, who was eating her up with his carnal inquest, had been Aztec. A killer.
BUY LINKS

“The Forbidden Claim by Kelly Gendron, is a heart wrenching novel that will leave you, at times, breathless and crying out loud within the same paragraph. With a suspense filled plot intermixed with pure unbridled passion, prepare to be impressed and in awe as you embark on this journey…”

“This book had me hooked from the first paragraph! I loved both the main characters and what they each brought to the story…”

Kelly has been faithfully writing for three years but did write her first book ten years ago. She put it down to raise her son as a single mom and then picked it back up when she and her son finally grew up. That’s when she settled into her adult life and started to seriously write again. She’s dabbled with paranormal stories, but recently she’s been on a Romantic Suspense kick. The recipe for the men in her stories: dark and mysterious, strong and confident and, of course, besides magnificent bodies, and shameless aptitudes, they must have a heart you want to rip out of the pages (or your e-Reader) and take to bed with you at night.

2 thoughts on “The Forbidden Claim by Kelly Gendron Interview/Giveaway”