Today’s books are from Suzanne Brockman.  I know, I know..why are you parting with them?  I don’t have the room and I would rather give them away.  Just leave a email and make sure you sign up either as an email subscriber.  Easiet way to see what Harlie is doing.  Good luck. 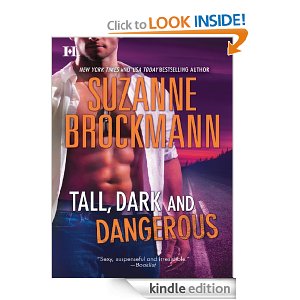 Media consultant Veronica St. John has been hired to teach a rugged Navy SEAL to impersonate a European prince who has been targeted by terrorists. But one conversation and Veronica knows there’s no way she can turn streetwise New Yorker Joe Catalanotto into nobility. Joe, on the other hand, is confident he’s got what it takes to complete his mission. Two days isn’t a lot of time to get the job done…but it’s just enough time to fall in love.

Lucy Tait has fantasized about Blue McCoy since high school. With the Navy SEAL back in town, nothing’s changed…except that Lucy’s a police officer and Blue’s been charged with murder. As the investigation heats up, so does their relationship. Now they’re working to save Blue’s future—before they lose their hearts. 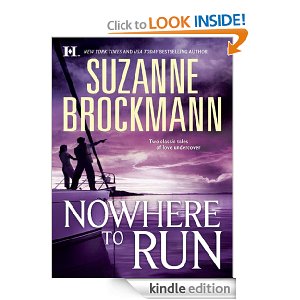 Not Without Risk
It began as a day’s pleasure cruise on the crystal-clear waters of the Gulf of Mexico. But then Emily Marshall stumbled into a deadly maze of drug smuggling and murder–and discovered that the only person who could help her was the man who had once torn her heart to shreds.
A sudden and passionate interlude showed Jim Keegan the truth he’d been hiding from for so long. Now he knew exactly what he lost when he walked away from Emily–and what he would lose forever if he couldn’t save her….

A Man to Die For

Carrie Brooks left her home, her job, her very existence, to run away with a murder suspect, a man whose only prior introduction to her was as her kidnapper. She has no reason at all to trust him. After all, he’s the enemy–isn’t he?
Felipe Salazar’s been in disguise for so long, he’s not even sure who he is anymore. But he knows two things: he’s innocent. And he’s waited all his life for someone like Carrie…. 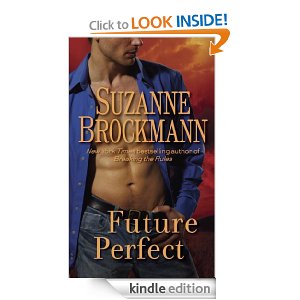 Now back in print after many years, a captivating story of sweet seduction and unexpected love from New York Times bestselling author Suzanne Brockmann
Dressed in Victorian attire, Juliana Anderson gives guests at her cozy New England bed and breakfast a taste of old-fashioned hospitality. Whether she’s cooking up delights in her kitchen or maintaining the rooms in her beautifully decorated inn, Juliana stays busy and content. Until Webster Donovan arrives—tall, rugged, and sexy beyond belief.

The lean, dark-haired author has a bad case of writer’s block and he’s planned a six-week stay to cure it. But this beautiful woman is proving even more distracting to the cause. For prim, polite Juliana has a wild side: She rides a Harley and hides a troubled past. The moment Webster watches her take off her motorcycle helmet and shake loose those long, flame-colored curls, he finds his muse—and loses his heart. But can romance with a woman afraid to trust in love last longer than a moment in time?