Drew DiPalma feels like he’s living a lie. He’s had it with his Hollywood persona, the high-maintenance women, and his sleazy agent. To escape the madness, he flees to a tourist town he’d often visited as a child. He never expected to find love on that little island. Then he stumbles upon Lainey alone on the swing set of a deserted beach.

After a dozen internet dating disasters, Lainey Riccardo has give up on romance–until she meets a West Coast hunk who has no trouble winning her heart. But Lainey only knows him as Drew, not the Oscar-nominated actor who’s constantly scandalized in the tabloids.

When she learns the truth, will the small town Jersey girl be able to accept Drew’s fast-paced life? Or will the truth drive her away forever?
~Excerpt~

It was at that exact moment of revelation that he saw her—the very embodiment of a free spirit. She’d sprung from nowhere, appearing just as a small patch of sea mist evaporated. He’d been walking for close to an hour, but he hadn’t seen the girl until he was practically on top of her, and she hadn’t noticed him either. Her eyes were closed and her long legs moved in agile motions as she flew back and forth. As he inched closer, Drew could also make out the slight creak creak of the rusty metal as the swing dived up and down.

“Hello?” Drew called tentatively as he took another step.

The woman didn’t hear him, probably due to the headphones hanging from her ears. She sang lightly under her breath as she swung, her sweet soprano almost swallowed by the crash of the waves breaking against the shore. Drew strained to make out her words—something about being free as a bird. He recognized the song as an old Nelly Furtado tune.

The lyrics fit the apparition perfectly. With her excessively long hair swooping behind her, the woman resembled a fairy or a sprite, even in her casual attire. Drew couldn’t stop staring at her, afraid she’d vanish back into the fog if he so much as blinked. He took another timid step in her direction. He hadn’t intended to disturb her, but she must’ve sensed his presence. All of a sudden, her eyes sprung open. She was so startled when she saw him standing a few feet away, she jerked forward, falling off the swing into a crumpled heap in the sand, legs and ear buds askew.

He rushed toward her, afraid she’d been hurt in the fall. He felt terrible that he’d frightened her, and he intended to play the chivalrous hero and help her to her feet. But before he could offer his hand, she leapt up of her own accord, and held out a set of jingling keys attached to a rather large can of pepper spray. Her finger was planted firmly on the nozzle.

Oh crap, Drew thought. So much for relaxing.

He could see the headlines now. Andy Palmer Goes Wild at the Jersey Shore. Gets Maced by Locals.

“Don’t move,” the girl ordered. She set her lips in a tight frown and her hand never wavered from her weapon. Her cheeks were flushed, either by the breeze or by her agitation. “I’m not afraid to use this.”

Laura is giving away Wildwood mug, Wildwood statue, coral bracelet, incense, candle, and crystals during her tour to one lucky winner (US ONLY)
For a chance to win please fill out the rafflecopter below. 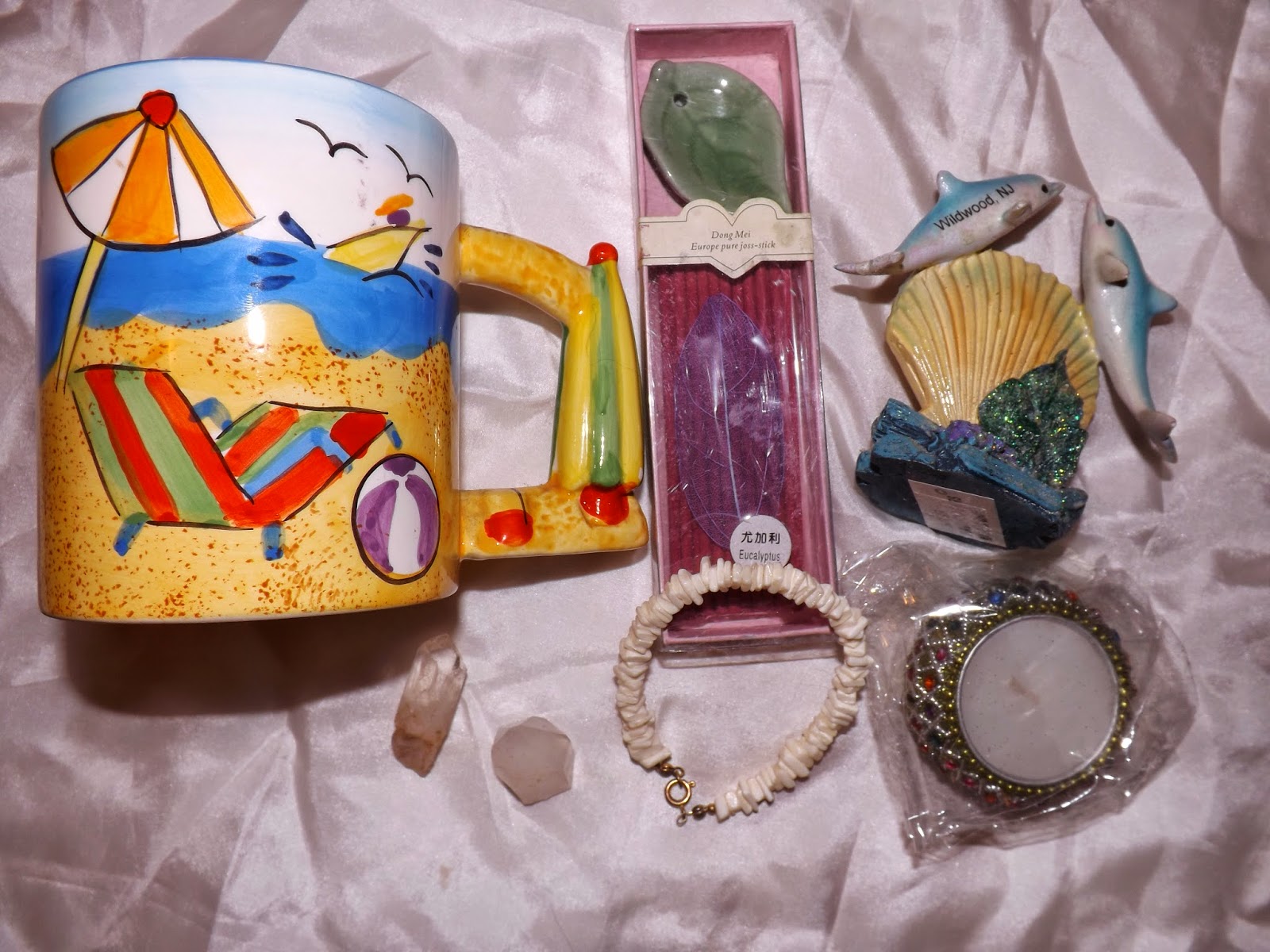