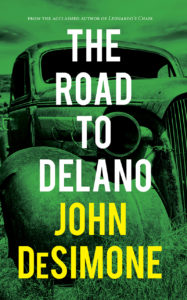 The Road to Delano

It’s 1968, and a strike by field workers in the grape fields has ripped an otherwise quiet central California town down the middle. Jack Duncan is a Delano high school senior who is on his way to earning a baseball scholarship, hoping to escape the turmoil infesting his town. His mother has kept from him the real cause of his father’s death, who was a prominent grower. But when an old friend hands Jack evidence indicating his father was murdered, he is compelled to dig deeper. This throws him and his best friend and teammate, Adrian Sanchez, whose father is a striking field worker, into the labor conflict led by Cesar Chavez. Road to Delano is the path Jack and Adrian must take to find their strength, their duty, and their destiny.

The voices from the fields woke Jack early on Saturday. The musky odor of grapes sifted into his bedroom even though his closed window was shut to the morning cold. He pulled back the drape and row upon row of trellised vines emerged from the gauzy twilight. They stretched to the horizon on three sides of his house. He thrust the window up and leaned out, and a biting wind chilled his face. Thick dark clouds filled the sky, and the voices of workers trimming and bundling echoed in the morning stillness. In these quiet moments, he imagined the land calling to him. Did it matter anymore that all of it was gone?

“Jack, you up?” his mother called from downstairs.

Off to the east, a red bruise ran across the rugged spine of the Sierra peaks. The air heavy with moisture, it was time to get on the road before a storm rolled in.

Jack slipped into his jeans and plaid shirt, tall and sinewy, hardened from work and sports. Ella, his girlfriend, always told him he never fought his clothes like some guys; they moved with him. He didn’t know what to say when she said things like that. He brushed back his blond crew cut and stooped to tie his boots, then he snatched his sheepskin coat off the hook by the door. His mother called again.

The day was already half gone from the tone of her voice.

In the kitchen, he grabbed a piece of toast, slurped some coffee, and bolted outside.

He mounted the cab of his father’s dirt-splattered combine parked by the rickety porch of the Victorian, now tired and sagging. Jack fired it up and the engine idled under his throttle foot. The strong pulses surprised him after all those years of sitting idle. He revved it up, ready to make its last run into Delano.

The cab of the boxy, once-bright yellow combine, now the peeling paint, was pocked with rust, perched over the rotary thresher blade in front, raised for road travel. The square separation box that stripped the stalks of their grain pods hunched behind him. Most of the gauges worked—fuel, oil, temp, volts. He flicked on the headlights in the gray morning, two above on the cab’s roof and two below, illuminating the rusting threshing blade. 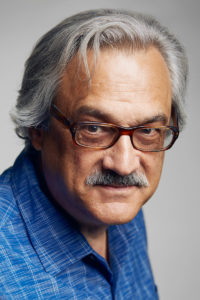 John DeSimone is a novelist, memoirist, and editor. He’s co-authored bestselling The Broken Circle: A memoir of escaping Afghanistan, and others. He taught writing as an adjunct professor at Biola University and has worked as a freelance editor and writer for nearly twenty years. His current release, a historical novel, The Road to Delano, is a coming of age novel set during the Delano grape strike led by Cesar Chavez. BookSirens said, “It’s more than a little Steinbeck, in a good way….” He lives in Claremont, Ca, and can be found on Goodreads and at  www.johndesimone.com

John DeSimone will be awarding a signed copy of The Road to Delano (USA ONLY) to a randomly drawn winner via rafflecopter during the tour.

One thought on “Spotlight featuring The Road to Delano by John DeSimone w/a rafflecopter giveaway! #historicalfiction”