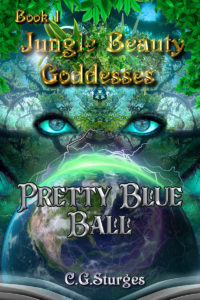 If you were given planet Earth as a gift to develop its life forms—would the world be a better place than it is today? What would your primary expectation and goal be for each human? Would you give them free will or plan their destiny? Would you demand that your humans worship you as their creator? Would you be available to assuage their every desire; and acquiesce to their demands, prayers, and wishes? Would you grow to resent them for living the life you imagined?

The Jungle Beauty Goddesses were free-spirited goddesses who enjoyed their freedom as the youngest children—and the last deities born to their parents—creators of the universe. Per the family tradition of being awarded a planet, the septuplets were given planet Earth as a gift for their birthday. Their siblings, also gods and goddesses of the universe since the beginning of time, warn them about the challenges of selflessness, power, worship, and divine duty.

The seven sisters struggle to maintain their own freedom as limitless beings, while sibling rivalry makes it difficult to accept their collective duty to fulfill the family obligation to the deity-hood as creators for planets.

The entire universe threatens to collapse due to their negligence and disobedience. They question the boundaries of their divine powers as they ponder whether it is possible to mold a being to be superior to its creator. 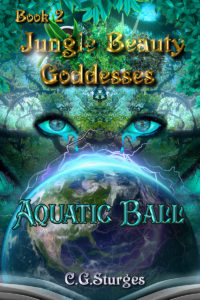 Sometimes your worst nightmare is having everything you ever wanted. Upon visiting planet Earth, the Jungle Beauty Goddesses discover that the life forms they created are in danger of extinction, and an unforeseen dominant species has positioned itself to take dominion.

Unprepared and disillusioned about how to access their highest vibrational frequency; the Jungle Beauty Goddesses face their own demise.

The only way they can save themselves, their planet, and ultimately the universe is by managing to align with their deity powers and the wisdom of their highest selves in the face of their worst fears, disappointments, and betrayals. 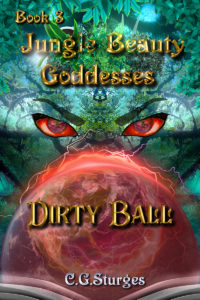 If you had the power to make anyone in the world fall in love with you—would you? Jungle Beauty Goddess Afar revokes her deity vows and takes her destiny into her own hands by participating in the life she was born to create for others.

Afar embraces the deepest, darkest nuances of her shadow self with brutality, dignity, and integrity. She brazenly unleashes the murkiest qualities of the human condition and leaves the chaos for her unsuspecting sisters to clean up or suffer the consequences of losing the planet given to them by their parents–creators of the universe.

Jungle Beauty Goddess Afar’s actions give a new meaning to the saying, “Hell has no fury like a woman scorned.”

“They will never have to worry about a male demanding to be let into their being or feeling betrayed by another female who decides to do so. Their fishtails represent the wholeness of femininity; nothing can be taken away or added to who they are as complete beings. They are capable of reproducing themselves without males. I have decided that ten percent of the hybrid fish human water beings will be males; however, they will not be capable of reproducing, and they will only be attracted to other males. This is the best way for me to control masculine energy so that it aligns with feminine power and domination.” Afar continued to style the hair on various heads, never looking up at Mada.

The loud silence of the hybrid half fish half human beings, swimming in the aquariums, fills the air in the room between Afar and Mada.

Mada walks around the table to Afar, places his hands on her shoulders, pulls her close to him, and asks, “Why are you so aloof, distant, and cold?”

“You mean like your kisses, dahling?” Afar quipped, looking deeply into Mada’s eyes.

“What happened to you? Have you gone mad?…Where is the woman? I fell in love with? Hhmm?”  Mada asked.

“Under the apple tree waiting for the man who promised to adore her, pacing back and forth searching for him night after night, year after year; listening to the echo of his voice in her head promising that he would love only her,” Afar says nonchalantly before laughing deeply. “She is where you left her, dahling.” 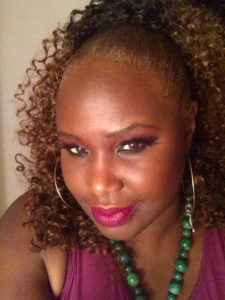 Cassandra George Sturges is the author of “A Woman’s Soul on Paper,” “Success & Beauty is an Attitude,” “The Illusion of Beauty: Why Women Hate Themselves & Envy Other Women,” and “Why Racism is a Mental Illness.” For many years, she was an advice columnist for Today’s Black Woman Magazine and is currently a full-time psychology and sociology professor at a college in the mid-west. She is a high school dropout who graduated with her General Education Diploma and eventually earned five college degrees including two masters and a doctorate degree. In her late forties, she began making life-size fabric sculpture, cloth dolls that turned out to be the main characters in her Jungle Beauty Goddesses coming of age, modern creation Nubian Mythology fantasy fiction, sensuous, romantic series. She is the mother of two adult children, a grandmother, and for over 20-years has shared her life with her twin flame.