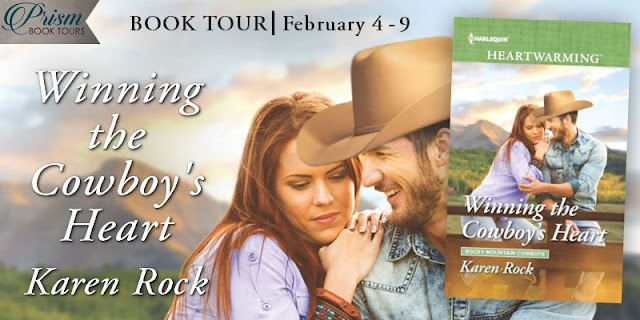 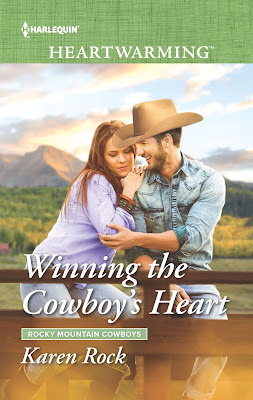 One is Heath Loveland

The Rocky Mountain cowgirl has her heart set on becoming range boss of the Cade ranch. But first she has to accompany the son of her family’s longtime enemy—and her off-limits secret crush—on a cattle drive across Colorado. Discovering Heath shares her attraction only makes for a rockier road. Because Jewel has a sneaking suspicion that if she drops her guard, the cowboy might ride off with her heart.

You have no idea how I almost emailed Ms. Rock in regards to this book.  I was upset, wanted to seriously slap a character or two in the book and generally just at my wit’s end while reading it.  I knew that I should trust Ms. Rock and her storytelling and I eventually put the book down and didn’t read it for a day.  Don’t get me wrong it wasn’t because I didn’t like the story, I did but some of the things that the characters did were just…just…I don’t know to describe it to you.

Being mad at Jewel for the first 5 chapters of the book would be an understatement.  I almost gave up on her.  It wasn’t until Sierra got a hold of her that she began to grow on me.  I was introduced to Jewel at the beginning of the series and I liked her then but she is one tough nut to crack.  On one hand, she had some hard misconceptions about her father that she has had to deal with her whole life, losing the one brother, Jesse, still hits her hard and then dealing with her older brother James and is the unwillingness to even try to change and see things from other people’s point of view is a bitter pill to swallow.  Again, once she and Sierra hook up and start shaking things up, do I actually like her again.

Heath, oh my Heath.  He is probably my favorite cowboy next to Cole.  Speaking of which, I have to admit that I was confused with what was going on with Cole in this book because I forgot that his book coincides with Jewel’s.  There were parts of the book that my heart sank because I thought what the heck?  That didn’t happen to him and Kaitlynn, right?  Then the lightbulb came on and it made sense in the end.  I swear I’m not blonde.  I’m fully gray-headed now and I was a brunette before.  LOL!  Heath, in my opinion, is the forgotten person on both sides of the family.  No one really expects much from him except to sing and that is sad.  I learned a lot from him in the book and about him.  Talk about a mess with his mother.  But what really sets him apart from both sides of the family is his willingness to really listen to other people.  The feud isn’t personal anymore.  He truly believes that everyone should just move on and act like adults.  Sad thing is that no one but Jewel will listen.

Their romance is a slow build and don’t worry about them being step-siblings.  It is not weird and Ms. Rock does a great job with that aspect of their relationship.  You just keep rooting for Heath and Jewel to finally see what is right in front of them.  True love, everlasting love and respect from each other that haven’t gotten a lot of from their families.  Yes, you will learn just how much the Cades and Lovelands really didn’t “see” Heath and Jewel from who and what they are as people.

One of the best things in the book is when James (!!!!!) finally, yes finally has to admit something to both Jewel and Heath and to both families.  I’m sorry Ms. Rock but I waited a long time for that.  Sophia said it best though but I won’t spoil it and she just solidified why I fell in love with her from the beginning.

Okay, I still haven’t told you why I loved the book.  Simple.  Ms. Rock wrote it and I love the Cades and Lovelands, warts and all.  With this story, my emotions and reactions were all over the place and I love her for it.  She made me stop and think about it.  I’m writing this review the night before its due and I finished the book over a week ago.  Yes, I’m still thinking about it and my emotions are still strong.

Of course, this is a Heartwarming book, so I won’t repeat myself about my love for the line.  However, I will tell you that Ms. Rock just plain ROCKS this series.  I can’t wait to read the next one and it should be a winner also. 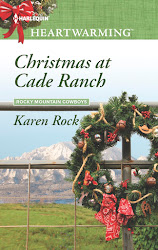 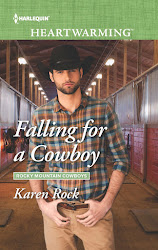 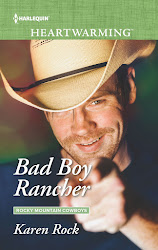 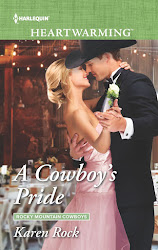 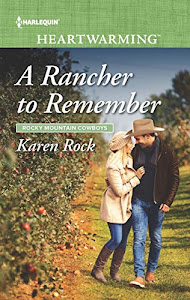 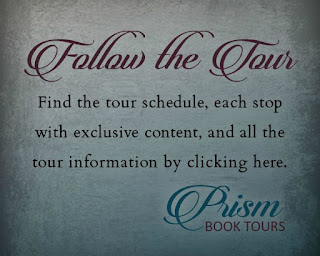 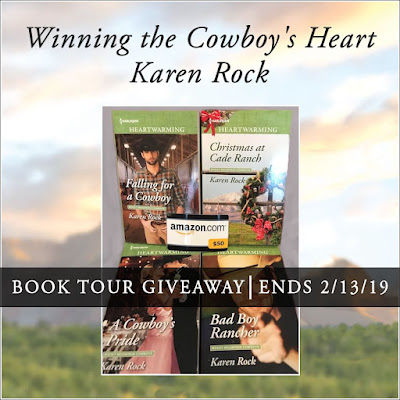