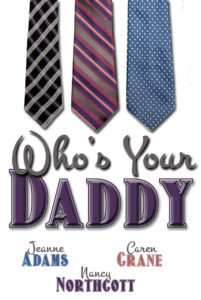 A carpenter discovers his father isn’t actually his father. Coming to terms with the truth reaffirms his place in his family, but it also leads him to love with an old friend’s sister and helps him find a path for his life.

Lost in Time by Jeanne Adams

A lawyer learns his grandmother had a secret marriage before his father was born. With the help of a talented genealogist, he tracks down his ancestry. Will he find the truth about his grandmother’s secret before whoever’s trying to kill him succeeds?

Worth Waiting For by Nancy Northcott

A burned-out spy goes home for a holiday and re-encounters the woman he never dated but never forgot. As he and she grow closer, he learns her niece, his ex-girlfriend’s child, bears an uncanny resemblance to him. When the truth comes out, it will alter three lives.

From Worth the Wait by Nancy Northcott

Arachne opened the file on his desk. “You’ve led takedowns on four major drug rings and six sets of human traffickers in the last twenty-one months. In all that time, you’ve taken five days off. You need a break.”

“It was a long day, with a couple of badly messed-up kids in it,” Dix replied. “That guy pushed a button that wouldn’t have mattered on a better day.”

“You don’t look like you’re sleeping well, per the medical staff, and your colleagues have noticed you’re on edge a lot.”

Shit. Of course he wasn’t sleeping well, not with dead and mutilated and traumatized kids walking in his dreams. Who would sleep with that going on?

Arachne continued, “There’s a reason we provide paid vacation. You have almost three years’ worth accrued.”

“I don’t need a break, sir.” Only the press of work kept the dreams at bay. But he had to offer a compromise or find himself benched—for a long time, judging by the boss’s expression. “Yeah, what those kids went through bothers me. It bothers us all. Goes with the job. A couple of days off, a chance to do some reading, maybe go to a museum, and I’ll be fine.”

“We’re past that, and medical concurs. I’m benching you, Agent Dixon. For a month.”

A month? Panic clawed at his throat. An entire month with nothing to fend off the images that haunted him day and night?

Hey peeps!  So I actually read all three stories and I will be reviewing them equally.  However, they will be shorter.  More like lighting reviews.  And if you are a regular reader of the blog, you realize that this is going to be hard for me since I tend to be wordy and in-depth.  So, it’s just a heads up for you.  I thoroughly enjoyed all the stories that I read but I did have a favorite.  Plus, these are novellas, not full-length books.

This story had a lot going on for it being short.  A one-night stand, DNA kits for Christmas, a friend’s sister that grew up and finding your place in life.  Eric has felt like something was missing in his life.  Never one to settle down to one thing, when the test comes back that the dad who he thought was his father isn’t, he doesn’t know what to think or do even.  I really liked Eric.  His scenes with his siblings were real and especially when he sat his mom down to get the full story about his parentage, I was surprised.  But stuff happens and how you deal with it is the true outcome.

I enjoyed getting to know Eric and Gina.  My only complaint is that I wish the romance was more.  Sure they knew each other but it felt a bit rushed for me in the end.  The parts of the book that I enjoyed the most were with Eric and his family.  Especially his sister in law, Connie.  She is a hoot but also there to listen to him and guide him.  That’s what family does and when Eric realizes that, his heart opens to be the man that Gina needs and wants.  Overall, I enjoyed it.  I just wish the romance was stronger.

Oh boy, I didn’t want this one to end.  I fell in love with Derek from the first page.  I’ve been in his shoes before when I lost my grandmother.  It’s hard and I’m still dealing with it 13 years later.  But what really got my attention was Alexis, the genealogist, and her methods.  I learned a lot just by reading the book.  It’s not just swabbing the inner cheek and waiting.  There is a bunch of research and digging into holes that you don’t want to explore but you need to. Plus, I just liked Alexis.  She is a good fit for Derek.  She never doubted him and really helped him with the loss of his grandmother.

A couple of things that I will leave you with are:  secret marriage, mobsters, Chicago in the ’40s, a stalkerish ex-girlfriend, a couple of attempts on a life, and the suspense elements were rocking.  I didn’t expect that when I started reading and it kept me glued until the very end.  This book had it all for me.  Plus, the romance wasn’t rushed.  It was sweet, sorta instalove but I found it believable.  My only thing was I wished I knew what Derek and Alexis ending for the future.  Overall, my favorite of the bunch but not by much.

This little gem snuck up on me.  Sure, it has the tropes of unrequited love, big sister’s ex, and spy stuff.  I love spy stuff and the beginning of the book isn’t for the faint of heart.  However, it sets up Dix’s return home and his reunion with Tess.  I loved Dix and Tess.  It was easy to see that they were made for each other.  But there is also a lot of baggage and secrets that need to be revealed and dealt with before the romance can even start.  This is another story that deals with DNA testing and I loved how Dix, being in secret group, could just make it happen.  He is a pussycat but when it came to figuring out if he was a daddy or the drug-running going on behind his parent’s land, he was a true alpha.  *sigh* I”m a sucker for that kind of hero.

Tess is a great character.  She had her sister’s daughter to raise and it wasn’t easy.  Molly is a great little character and it really tugged on my heart when she didn’t have a mommy anymore.  Just her Aunt Tess.  Tess had always had a crush on Dix but that was it.  So when he blows in it’s hard to ignore him because of their shared friends and I loved her conflicted emotions about it.   Their romance is slow and Ms. Northcott does a great job with it.  She doesn’t sully the romance that Dix had with Tammie when they were younger.  It just made Tess and Dix stronger has a couple.

Overall, I loved this story.  I got a burnt-out spy finding out that he is a dad and the woman that he always wondered:  what if?  Read the book and find out if you agree.

*Bonus*  There are more books about the spy group.  Yep, going to find them. 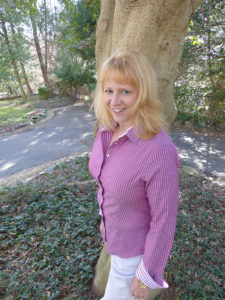 Jeanne Adams writes award-winning romantic suspense, fantasy/paranormal, Urban Fantasy and space adventure that’s been compared to Jack McDevitt and Robert Heinlein. She also knows all about getting rid of the bodies. Both traditionally and indie published, Jeanne has been featured in Cosmopolitan Magazine. She teaches highly sought after classes on Body Disposal for Writers and Plotting for Pantzers, as well as How to Write a Fight Scene with her pal Nancy Northcott. www.JeanneAdams.com Twitter: @JeanneAdams Instagram: @JPAGryphon www.Facebook.com/JeanneAdamsAuthor 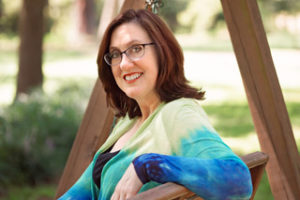 Caren Crane began writing warm, witty contemporary romance and women’s fiction to save herself from the drudgery of life in the office. An electrical engineer by training, she longed to create worlds where things were any color except cube-wall gray. She still works in a cubicle, but gets to hang out with witty, fabulous people whenever she’s writing, which greatly encourages butt-in-chair time.

Caren lives in North Carolina with her wonderful husband and semi-feral rescue cat. She has three fiercely intelligent, gorgeous grown children, having neatly side-stepped her mother’s threat that she would have children Just Like Her. You can find info and excerpts at www.carencrane.com. 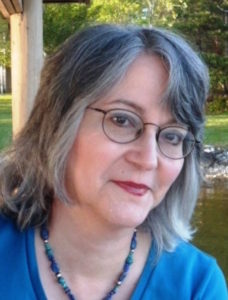 Nancy Northcott’s childhood ambition was to grow up and become Wonder Woman.  Around fourth grade, she realized it was too late to acquire Amazon genes, but she still loved comic books, history, and genre fiction. A sucker for fast action and wrenching emotion, Nancy combines the romance and high stakes (and sometimes the magic) she loves in the books she writes.

PLEASE MENTION THE PRIZE THAT THE AUTHORS WILL BE GIVING AWAY:

One copy each of Kick Start by Caren Crane, Dead Run by Jeanne Adams, and Danger’s Edge by Nancy Northcott.