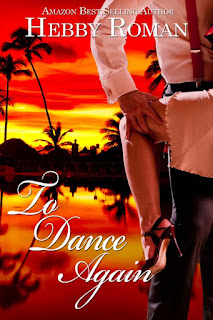 They say a woman never forgets her first love, and Maricel Cardona hasn’t forgotten Ramón Morales. She remembers dancing all night in Ramón’s arms to the sensual beat of their homeland, Puerto Rico. When her family forced her to move to the States, she didn’t know she was carrying Ramón’s child.A self-made multi-millionaire, Ramón hasn’t forgotten Maricel and the passion he felt, dancing with her. Now, at the pinnacle of his success, he’s withdrawn from the world to safeguard his own secret. A secret that, if revealed, would change his life forever.

Reunited after twenty-seven years, will the high school sweethearts get a second chance at love or will their secrets tear them apart? 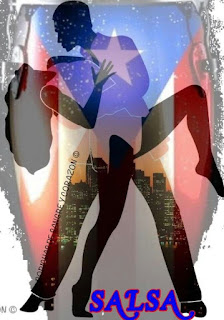 Placing his glass on the coffee table, he half-turned toward her. “When did you realize you loved me? And what kind of love is it? Are you in love with me as a man or as a fond memory?”

Her head pounded. Too much booze. Too many questions.
Why was he doing this—giving her the third degree? And who gave him the right, rubbing her nose in it? Fury flooded her but rather than stay and fight, she wanted to run away. She needed to get away from him, like when they’d been driving.
But she wouldn’t run. Not this time. Instead, she threw caution to the winds. “I’ve always loved you, Ramón, from the very beginning, since we were kids.”
He crossed his leg and ran his hand down the pleat of his pants, as if to smooth it. His action was so controlled, so cool and collected, she wanted to scream.
“You could have fooled me,” he said. “You went to the States with your parents and never looked back. I begged you to return and marry me. You kept putting me off.”
“You mean you couldn’t wait. Your impatience and pride got the better of you.” She took a deep breath. “You were supporting your mother, for heaven’s sake. We both needed degrees to survive.”
“Did we? We were young and in love; we would have gotten by.” The tone of his voice was uncommonly hard, unforgiving as stone.
So this was it. He wanted her to pay for an ancient wrong? But he’d been in the wrong, too; he hadn’t known how much she’d needed him.

I’m such a sucker for second chance romance.  Throw in that the couple are older and I’m a goner.  I adored this book.  Well written, smexy times and characters that I could care about.  Yep, I’m a goner.

Let me first say that the setting of the book is gorgeous.  I’ve always wanted to go to Puerto Rico and I really felt like I was there.  The food, smells and the music were all there.  Not to mention a hot man named Ramon.  What I really liked about him was that while he did have a big secret, he truly did care and love Maricel.  He never stopped loving her.  It was completely evident in the story.  He was just trying to protect her.  In fact, when Maricel’s secret came out, I figured that he would be more upset but he was very accepting of it.

Marciel was a joy.  Yes, she was still in love with Ramon but find a new love and family back in Jersey.  It was easy to relate to her and the conflicted feelings that she had in regards to Ramon and her late husband.  I also liked her no-nonsense relationship with her daughter Isabel.  Isabel just wanted to know her father and gave her mother some time to figured it all out.

The romance in the book was top-notch.  It was a grown up love that had endured throughout the years.  There isn’t much angst in the book except the secrets between them.  While they added conflict, it wasn’t done over the top and it felt very real to me.

I highly recommend this book for all you lovers of second changes with an older couple.  Ms. Ramon delivers in all aspects of the book.  Writing, characters, plot and especially setting.  I look forward to reading more from Ms. Ramon.

Hebby Roman is the multi-published author of both historical and contemporary romances. Her first contemporary romance, SUMMER DREAMS, was the launch title for Encanto, a print line featuring Latino romances. And her re-published e-book, SUMMER DREAMS, was #1 in Amazon fiction and romance.
Hebby is a member of the Romance Writers of America, and the past president of her local chapter, North Texas Romance Writers. She was selected for the Romantic Times “Texas Author” award, and she won a national Harlequin contest. Her book, BORDER HEAT, was a Los Angeles Times Book Festival selection.

One thought on “Review of To Dance Again by Hebby Roman w/a rafflecopter giveaway!”