The ago-old story of what happens when a foul-mouthed, romance impaired heroine with no edit button and a predilection for hot sex is faced with her worst nightmare–a purpose.

Ari Katz is intelligent, driven, and will make an excellent demon hunter once initiated into the Brotherhood of David. However, this book is about his twin Nava: a smart-ass, self-cultivated hot mess, who is thrilled her brother is stuck with all the chosen one crap.

When Nava half-drunkenly interrupts Ari’s induction ceremony, she expects to be chastised. What she doesn’t expect is to take her brother’s place among the–until now–all-male demon hunters. Even worse? Her infuriating leader is former rock star Rohan Mitra, whose sudden retirement in his early twenties now seems a lot less mysterious.

Convinced that her twin still has a shot at his destiny, Nava hatches a plan to convince the Brotherhood to bring the other Katz sibling into the fold. It’s too bad Rohan’s guarding her so closely that she might not be able to put it into action.

And it’s really too bad Rohan’s exactly what Nava’s always wanted: the perfect bad boy fling with no strings attached, because he may also be the one to bring down her carefully erected emotional shields. That’s as dangerous as all the evil fiends vying for the bragging rights of killing the only female ever chosen for Demon Club–or the one demon in particular out for payback.

Odds of having a very good time with Rohan before she bites it: much better.

The red wine on the modular coffee table gleamed in a shaft of sunlight like its position had been ordained by the gods. I snatched up the crystal decanter, sloshing the liquid into the glass conveniently placed next to it. Once in a while, a girl could actually catch a break.

I fanned myself with one hand. The myriad of lit candles seemed a bit much for my brother’s romantic encounter, but wine drinking trumped curiosity so I chugged the booze back. My entire body cheered as the cloyingly-sweet alcohol hit my system, though I hoped it wasn’t Manischewitz because hangovers on that were a bitch. I’d slugged back half the contents when I saw my mom on the far side of the room clutch her throat, eyes wide with horror. Not her usual, “you need an intervention” horror. No, her expression indicated I’d reached a whole new level of screw-up.

My cheeks still bulging with wine, I properly scoped out the room. Mom? Check. Dad? Check. Ari? Check? Rabbi Abrams, here to perform the ceremony to induct my brother as the latest member in the Brotherhood of David, the chosen demon hunters?

I spit the wine back into what I now realized was a silver chalice and handed it to the elderly bearded rabbi. “Carry on,” I told him. Then I threw up on his shoes.

Ever get hyped about a book?  Love the cover?  Blurb is terrific and then you read it and you are left wondering how to rate the book and review it?  Let me back up a bit.  I don’t read Urban Fantasy at all.  I barely read Paranormal Romance, so for me to read outside my comfort zone is HUGE!  I’m also looking for new to me authors.  Especially authors that can make me laugh.  So, you are still wondering if I even liked the book?  Yes, I did and I highly recommend it to all the UF peeps.  Here’s my list of likes and dislikes about the book:

My review doesn’t make sense and I’m sorry.  Overall, I really liked the book.  The characters and plot are fresh but I felt like Ms. Wilde took Nava to the extreme and at times I just couldn’t connect with her.  Will I read the next one in the series?  You bet.  I need to see the romance between Rohan and Nava.  Plus, I need to see more of the demon hunter aspect of her job, too. 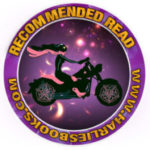 A global wanderer, hopeless romantic, and total cynic with a broken edit button, Deborah writes adult urban fantasy to satisfy her love of smexy romances and tales of chicks who kick ass. She is all about the happily-ever-after, with a huge dose of hilarity along the way. “It takes a bad girl to fight evil. Go Wilde.”

Deborah will be awarding a $10 Amazon/BN GC to one winner, another winner will win a print copy of the book (International), both are randomly drawn via rafflecopter during the tour.
a Rafflecopter giveaway ”