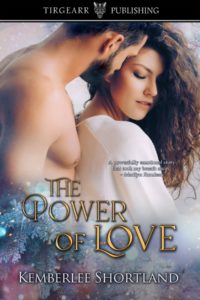 The Power of Love

When Elaine Donovan discovers she’s pregnant, she hesitates telling her husband, Ethan. They’re newlyweds and plan to wait until they’re ready to start a family. Ethan surprises her by accepting early parenthood, embracing the idea more fully than either of them expects.

When they receive bad news after a prenatal exam, both must face that their charmed lives are about to come crashing down around them.

Do Christmas wishes really come true? Elaine is staking her life on it!

He’d practically killed himself getting to the hospital.

When Ethan got the call saying Elaine had collapsed at work, he panicked and dropped everything to get to her side. He still had not been allowed to see her, as she was still undergoing tests, so he waited in the private room he had made sure their health insurance covered.

A moment later, his pacing was interrupted when the door pushed open and Elaine was wheeled in on a gurney. Assistants helped her into bed then the nurse made her comfortable, all the while his heart pumped hard in his chest, stealing his breath. Elaine looked pale and groggy. He wondered if she even knew he was in the room.

Then he was alone with his wife. She lay so still. The rise under the covers told him she had not lost their baby, but his chest tightened anyway, fear pumping acid-like blood though his body at a fierce rate.

“Are you going to stand there all day?” Her voice was thready, her eyes just barely open. She tried lifting her hand off the bed to beckon him over but only managed a finger.

I’m just going to let you know that even though this book is short, less than 50 pages, I’ve never been more blown away by what Ms. Shortland penned.  This is a heartfelt, hopeful and special kind of story.  I’ve never read anything like it before and probably never well.  There are no smexy times between Ethan and Elaine but you can feel the love and cherishment that they have for each other throughout the story.  It’s beautiful, poignant and sometimes sad.

Do NOT get me wrong, the story isn’t sad.  It’s hopeful and at times, magical.  Yes, magical.  I don’t want to spoil it but the twist is spectacular.  I re-read that passage more than once to make sure that I understood what was going on.  Wow, just wow.  I do have to caution you that a lot of the medical jargon and explanation isn’t in the book.  I wasn’t disappointed by this because Ms. Shortland wrote it show how Ethan and Elaine dealt with the outcome of the diagnosis and how they are totally committed to each other and their baby not yet born.

I especially loved that she wrote the book from an Irish point of view.  Let me explain…the language, the inflection in the dialogue and the setting.  I love it when the author actually writes what they live and Ms. Shortland does live in Ireland and is married to an Irish man.  It shows and I really need to read more of her work.

Give this book a chance.  It’s short and while the characters are well developed don’t criticize Ms. Shortland for not delving too deep in actually what is wrong with Elaine.  It’s not necessary, at least me it’s not and I still understood what Elaine and Ethan were going through.  Bravo Ms. Shortland and I can’t wait to read more of your work. 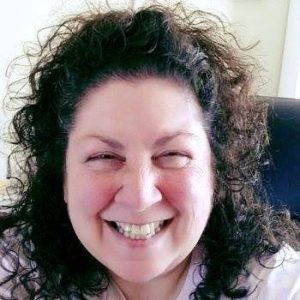 Kemberlee Shortland is a native Northern Californian who grew up in Carmel, a community founded by artists and writers, including John Steinbeck, George Sterling, and Jack London.

Over the years, Kemberlee has worked with several Carmel notables, including Doris Day, Kim Novak, and Joan Fontaine. It was in 1997, she left the employ of Clint Eastwood to live in Ireland for six months. It was during this time she met the man she would marry, and permanently relocated to live in Ireland.

While always writing since a very young age, Kemberlee earned her keep for fifteen years as one of Ireland’s foremost travel consultants, and also wrote travel articles about Ireland. In 2005, she saw the publication of her first romance sell, and to date, she has thirteen published titles to her name, including the best-selling Irish Pride Series. Her most recent release is Slaughtered, writing as KA Lugo.

The book is only $0.99. Please include this in the media kit.

Kemberlee Shortland will be awarding a House of Tirgearryen t-shirt (Worldwide shipping, except in restricted regions as per An Post) to a randomly drawn winner via rafflecopter during the tour

5 thoughts on “#Review of The Power of Love by Kemberlee Shortland w/a rafflecopter giveaway! @Kemberlee #contemporaryromance”