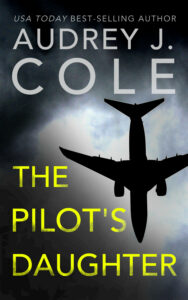 Welcome aboard Pacific Air Flight 385, with nonstop service from Seattle to Honolulu.

Cora is scared to fly again after her husband died in a recent helicopter crash in Pago Pago.

A thousand times, she has told herself to turn around, not get on the flight, go back to her young children.

But now, she’s seated in first-class across the aisle from the girlfriend of a famous billionaire pharmaceutical entrepreneur.

Halfway across the Pacific, the flight is hijacked. Six people are dead—including the pilots.

Cora is a young widow, mother, and emergency room nurse…but as the world closes in around her, she’s also a pilot’s daughter.

Lost off the radar in the middle of the vast Pacific Ocean, the motive behind the hijacking remains a mystery. Not knowing who to trust, Cora works with the man seated beside her, Seattle Homicide Detective Kyle Adams, to save herself along with the remaining one hundred and fifty-four souls on board.

Kyle heard a baby crying in the main cabin. Passengers were starting to flood first class. They were pushing each other to try and see what was happening. Several were yelling hysterically.

Kyle headed back toward his seat, where a couple of passengers were helping the first-class flight attendant tape over the bullet holes. The piece of tape they stuck to the wall was quickly sucked out of the hole. The loud hissing returned.

“My dad told me they used wet toilet paper in the Air Force to plug small holes in their planes.”

Kyle turned to see Cora beside him.

Cora nodded. “Yeah, they would get it wet and wad it up against the hole. Then the end would get sucked outside and freeze to seal the leaking air.”

A male passenger tossed the medical tape onto a seat. “It’s worth a try. I’ll go get some.”

Kyle and Cora stepped aside for him to move past them. Instead, Kyle stepped toward Mila and put his hand on her shoulder.

“You need to get on the Intercom and tell everyone to calm down. The hijackers are dead. We need them to stop panicking.”

She turned toward him. “Okay.”

“Is that the pilot?” one of the passengers from the back screamed, seeing the co-pilot’s body at the front of first class.

“Please!” Kyle put both hands in the air. “We need everyone to return to their seats.”

He turned toward Mila as she pulled the Intercom from the wall. “Try not to alarm everyone,” he said to her in a low voice. He took a step toward her over the dead hijacker. “But we need to know if there’s anyone on board who can fly a plane.”

Guys, this book surprised me; in a good way.  While I knew that it was a thriller, dealt with terrorists, multiple characters, sub-plots, and a budding romance, I wasn’t prepared for how fast I actually read the book.  The chapters are shorter (which I love), and the book’s pacing never lets up.  Like, seriously.  Once they are in the air, all hell breaks loose.  And another thing, I really didn’t want it to end.  I know, weird and creepy.

Let me try to explain…I cut my teeth on Tom Clancey and Robert Ludlam.  Yes, Jack Ryan is my ultimate book boyfriend, followed by Jason Bourne.  Sue me.  So I know I good thriller when I read one.  Ms. Cole delivers and more with this one.  It’s taut, suspenseful, at times heartbreaking, full of twists and surprises, but for me, it’s the characters.  Look, I know that sometimes, the characters aren’t developed enough in a thriller, but here they are and more.  Especially Alana.  Just wow when it comes to her.  She surprised me the most.  The depth of the character and the lengths that she would go to…just wow.

Cora and Kyle are pair made in heaven.  I totally understood Cora’s reservations, and all Kyle wanted to do was get the bad guy in Hawaii.  Little did they know what was going to happen to them on the plane and beyond.  Let me be honest; this is NOT a romance book in the least.  Elements, yes, but you got to remember that the plane is hijacked.  Get my drift?  Anyways, I liked them.  I would like to see more of them in future books.  By the way, there is a whole series of books based in Seattle dealing with the police department.  Oh, I’ll be checking them out for sure.

The villains in the book are not who you think they are.  Ms. Cole does an excellent job of leading to one thing, and then BAM, it’s something/someone else.  That’s great writing for me.

I would highly recommend this book from Ms. Cole.  It’s fast-paced, easy to read, but tough to put down.  You’re welcome! 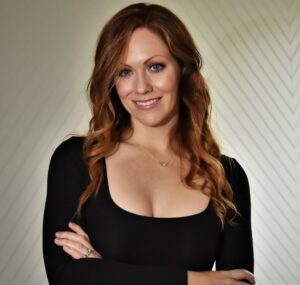 Audrey J. Cole is a registered nurse and a USA TODAY bestselling thriller author. She resides in the Pacific Northwest with her husband and two children.

Audrey J. Cole will be awarding a $15 Amazon/BN GC to a randomly drawn winner via rafflecopter during the tour.