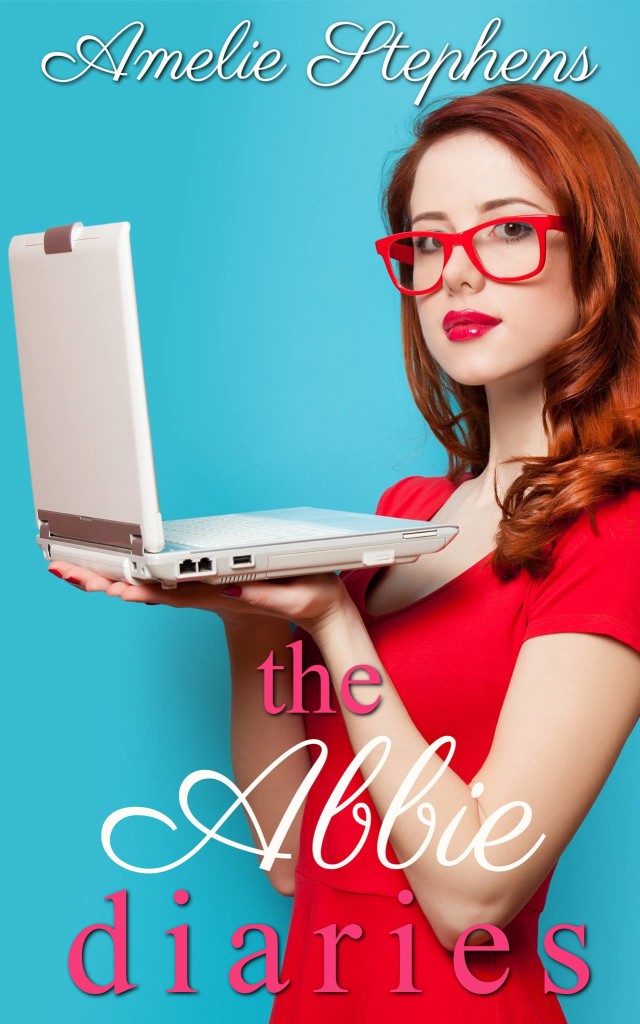 Originally published as a three part serial, enjoy The Abbie Diaries in its entirety. (Includes: Going Viral, Going Out, and Going Steady)

Meet Abbie, cubicle dweller by day, blogger by night. Acting as her online diary, the blog features a no-holds-barred, true life, gritty account of her sometimes funny, sometimes painful, often dirty love life. Oh, and she doesn’t always change the names to protect the innocent. After a date with coworker, Toby, she has a new reason to hate Mondays. When the post goes viral, Toby seeks revenge and enlists the help of his buddy Parker to do it. Both guys soon realize when she isn’t bad-mouthing men, she’s pretty likable, maybe even lovable, which really puts a crimp in Toby’s revenge plot. As if her life life and work life colliding aren’t challenging enough, Abbie has a crazy roommate with a vacuuming obsession, a serious problem with alcohol resulting in BUI: blogging under the influence, and a broken heart. All may be fair in love and war, but what happens next will rock the internet and her world. 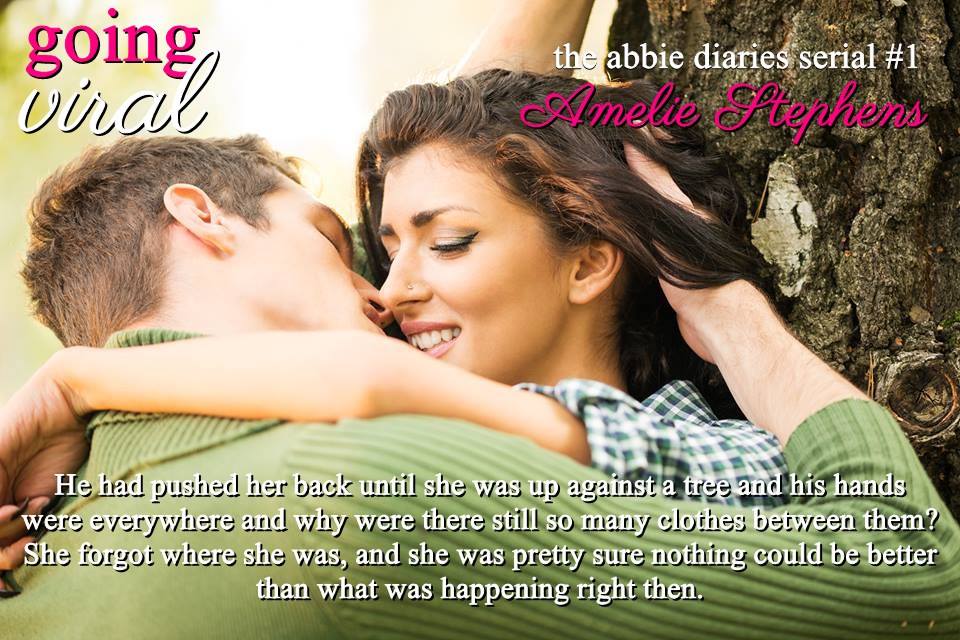 The Office Eye Candy: Fun to Look at, Painful to Date

If you had asked me a year ago just what I thought about office romances, I would have told you that nobody in their right mind would ever have one. Nothing good could happen from one, right? If you had asked me that a year ago, though, I would have taken inventory of all the men I worked with and would have come up with Nathan, 47, balding and wheezy; Derek, 59, a happily married father and grandfather; and Tyler, who while the right age, is gay. When you have the male coworkers I had then, it is easy to be judgmental about workplace romances.

When your elderly fellow employee retires and is replaced with a young, good-looking, single, straight guy, however, it becomes a whole lot easier to decide that nothing is just black or white. I am here to tell you, though, that your first instincts are correct: do not cross the line. Because if you do, you could end up right where I am now: loveless, mad, and with yet another reason to hate Mondays.

If you have been following the dating drama that is my life, you know that tonight was my much-anticipated date with Toby, my heart-stopping, next-cubicle neighbor. We bonded over a jammed printer, shared dismay when we thought the company was being closed, and laughed together in relief when we found out that we were only changing buildings. All in all, we were clearly destined for couple greatness.

In preparation for the big event, I was waxed, polished, and tweezed. I spent a week’s salary on a form-flattering outfit, and I spent an hour on my hair. But I didn’t mind. It was an investment in my future position as Mrs. Toby Lockland.

Is there someone you can sue when a fool-proof investment falls flat?

That’s right, ladies. Toby was an epic failure, and you guys are all going to reap the rewards of my humiliating ordeal. 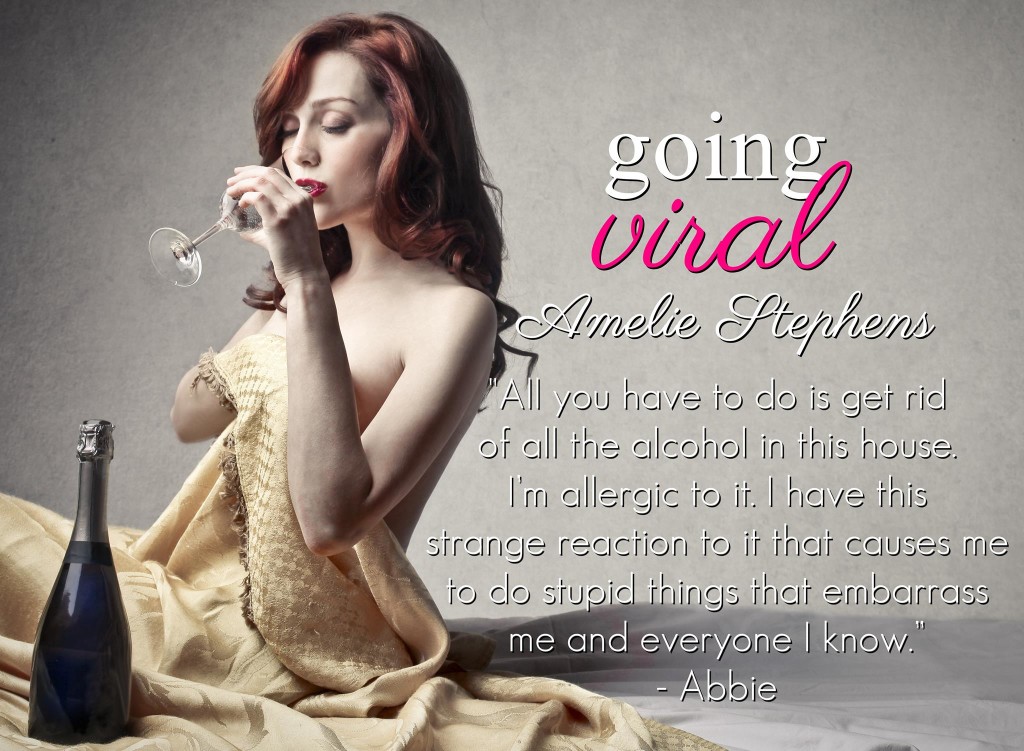 Now I’ll tell you the truth. Toby Lakeland has never touched me once in a way I didn’t want him to. In fact, I wish he touched me more. I wish he wasn’t so scared to make a move. I wish he would…I cannot tell you what I wish he would do here. But I would tell Toby just what I wanted him to do if he would only listen. It’s dirty, though, Toby. I hope you like being dirty, Toby, because I know we can do some amazingly dirty things together. And I would like it. I’d never tell people you were making me do things I didn’t want to do. I’d want it. I’d want it even more than you probably. Because you’re so good, and you probably don’t do bad things with bad girls like me. But I promise you that I would make you like being bad, but only when you are being bad with me.

You all might be asking why I am telling you all this in a post talking about how I know I shouldn’t talk about people, but there is a perfectly good reason: I have to embarrass myself as much as I embarrassed him and maybe then he won’t be so mean to me anymore. Only he isn’t mean to me at all. He is friendly. Too friendly. I don’t want to be friends, Toby. I wanted to be in the type of relationship that means we can do the type of things I talked about in the last paragraph.

So now I have made us even. Because now we are both embarrassed, but you don’t have to be since I told everyone you were innocent in everything. You aren’t boring or arrogant or too handsy. Your hands are perfect, and I want to feel them on me again.

So here is what I want all of my readers to know, but Toby, I want you to know the most: I am not going to write about people on here anymore unless they deserve it. I am not going to make fun of men like Toby because I don’t want to hurt their feelings. It’s mean of me. So after I make all of my confessions, I am going to stop talking and be just another anonymous person who dates anonymous people. And I want you, Toby Lakeland, to be my anonymous person.

All I could do since you left me so unsatisfied today is drink. That is what happens when you aren’t happy with me: I have to drink to stop feeling so sad. I don’t want to feel this way anymore. I don’t want to have to drink because of how you make me feel. I just want you. So please forgive me. Please really forgive me and like me again like you did before. 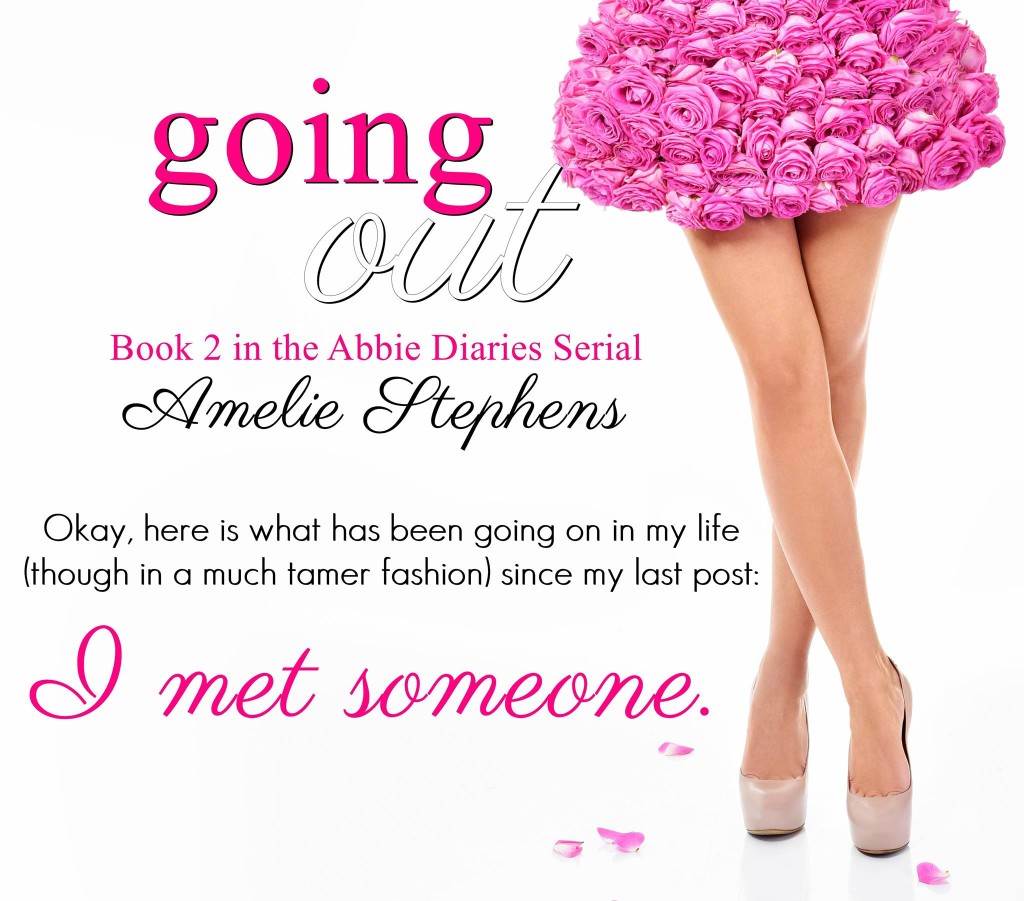 So here’s the rundown about the book.  Its about a 20 something girl that writes about her bad dates in her blog.  Dating a co-worker has been a mix of ups and downs, too.  Toby is the co-worker and when he’s late for a date, Abbie goes home, gets drunk and then slams on her blog.  Actually she lies about Toby and the next day at work everyone has read it, including Toby and it turns into a huge mess.  This is where I had issues with the book.

Abbie is extremely immature throughout the book.  I can appreciate that once Parker comes onto the scene that she is mixed up with her true feelings for Toby and Parker.  And no its not a love triangle per se, but the back and forth from Toby gave me whiplash.  Parker was a true hero in my book.  Willing to help out Toby, Parker ends up having real feelings for Abbie in the end.  Once again, Abbie writes about her dates in the blog and instead of being honest even with herself, she lies.  I hate a liar and that’s what has made me give the book its rating.

The good thing about the book are the writing style of Ms. Stephens.  She’s a fresh voice in the New Adult genre and you can tell that she knows what she writes.  The pacing the book was well done, too.  Parker is an absolute dream.  I won’t give too much away but I was Team Parker for Abbie.  Plus, even with the lies, this book is really, really funny.  I mean, laugh out loud funny.  I have to admit that Abbie’s drinking and stuff is reminisent of my 20’s.  Don’t judge, I survived.

The other thing is that even though it was written as a serial, I’m glad that you can read the book in one sitting.  I don’t care for serials and if I had read this as originially written…I would have not finished it.

Overall, I would recommend this book because even though its NA, its not angst filled.  Its funny and sweet in parts.  Its just by the time Abbie grew up, I was really hoping that she wouldn’t end up with either of them because of her lies and immaturity in the beginning.

I really wanted to give this one a 5 Harlie’s but I just couldn’t.

Amelie Stephens is a twenty-something wife and mother who loves to tell sweet and funny romantic stories, often those that have come from her own life. When she’s not changing diapers or cooking meals for her family, she’s writing.

One thought on “Review of The Abbie Diaries by Amelie Stephens”