Amber will be awarding a signed paperback copy of Giving It Up, the first book in the Lost Girls series (US only) to a randomly drawn commenter during the tour.  Make sure you leave a comment and email addy.  Good luck!  I read Giving It Up and LOVED it.  🙂

Rose Murphy is ready to break free from her brother’s control. She’s ready to open her own ballet studio. And most of all, she’s ready to live without fear. So when she sees her brother’s lawyer, the man she’s lusted after for years, she gives in to her body’s desires.

Drew Laramie was my brother’s lawyer. The first time I met him, he was wearing a tailored Italian suit by a designer I didn’t recognize. That alone was enough to pique my interest, sex starved as I was. I peeled back each layer in my mind: the soft wool, the thin silk, the stiff collar, and underneath? I wasn’t sure what I would find.

My only glimpses of a man’s body came from shadowed corners of the high school football field. Then it had been smooth, tanned skin heavily doused with tattoos. Then it had hurt.

Drew would be different.

The first day I’d met him, he’d faltered in his greeting, his hand half lifted to shake mine. His eyes had widened so slightly I wouldn’t have noticed if I hadn’t been staring—but I was. I couldn’t take my eyes off him. I felt caught, like prey, unable to flee even as he came in for the kill.

He didn’t hurt me; he didn’t hit on me. His initial surprise evened out into a bland smile and generic greeting. I suppose I could have expected it, considering Philip scared away every man who dared glance at me, but for the very first time, I felt disappointment.

That was years ago, and since then, I had learned more about the man. I had mentally cataloged each expression of bliss—from an ice-cold beer or the early strains of a saxophone over the Bose speakers. I knew he read old books and picked apart the musicals and operas they inspired like other people did for movies. He also enjoyed the ballet and regularly made use of the box seats Philip kept in support of me. He sneaked a cigarette every couple of months, an addiction he had supposedly cracked but which still nailed him in times of stress.

I learned so much from observing—and so little. Barely ever talking, never ever touching. That was what I did, as Lindsey had pointed out. I had no quickies in the bathroom of a dinner party, no torrid affair with a jetsetter from Paris. Me? I watched. The ultimate voyeur, my mind was drenched with dirty thoughts while my body remained in stasis.

I knew what it felt like to live in the outside world, which was exactly why I preferred my neat, sterile chambers. For years, I had preferred to stay frozen—untouchable. But lately the wicked thoughts about Drew had spilled over into heated feelings and busy fingers at night in my bed. And worse, I wasn’t sure how much longer I could keep them to myself.

Disclaimer:  I have read the other two books in this series:  Giving it Up (Colin/Allie’s Book) and Selling Out (Luke/Shelly’s book) and they were great, emotional, gritty, angsty books.  Plus, the smexy times were out of this world.  In Tempting Fate, we finally have Philip and Colin’s sister, Rose.

I’m not going to say that I’m disappointed because I wasn’t but don’t expect the drama, angst, hard sex, criminals etc. that Ms. Lin wrote about in the first two books.  You won’t find it here.  What you have is a sweet, tender love story about two people who have loved each other from afar and the one person that binds them together is NOT happy about it.

Rose had a very rough childhood and once Philip was able to get her back and under his brotherly protection, her life got back on track.  The one thing she didn’t count on was having her brother control her by living with him and somewhat obeying his rules.  She also didn’t think that Drew had any real feelings for her at all.  Pining away for someone wasn’t something that she could do forever.

Drew is Philip’s lawyer and friend.  He had loves Rose from the moment he met her but knew that she was off-limits because of Philip.  What followed was one of the sweetest, sensual love story.  Yes, it was sweet in tone and sensual in nature.  Drew wasn’t a dominant demanding man.  He was actually a nice guy that wanted Rose.  Rose is trying to break away from Philip and his controlling ways.  Having a dance studio is the perfect thing for her to have and accomplish.  Being together with Drew would be a dream come true.

I loved this story.  It didn’t have the angst, criminals, harsh subject matter that the first two books in the series had going for it.  Drew and Rose didn’t need it and Ms. Lin just sat down and wrote a beautiful love story about two people who fell in love with each other and just wanted each other.  The smexy times were hawt for sure, it is Ms. Lin but they are sensually written and not graphic in nature.  I loved the touch of voyeurism between them, too.  🙂

Another great thing about Rose and Drew’s story is that its a stand alone.  You do not have to read the first two books to understand them or what is going on with them.  In fact, Colin is only mentioned in passing.  🙁  I loved him…

Don’t pass up a great love story penned by Ms. Linn.  She never disappoints in her fluid writing, sensual love scenes or the emotions between her characters.  On to Philip’s story and I’m sure it will be a doozy.  Can’t wait. 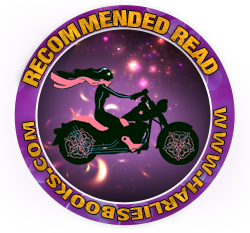 Amber Lin writes sexy romance with damaged hearts and redemptive love. Her novel Giving It Up received The Romance Reviews Top Pick, a Night Owl Review Top Pick, and was called “truly extraordinary” by RT Book Reviews. The sequel, Selling Out, follows a prostitute and a cop as modern day forbidden lovers. She has an upcoming small town romance with Carina Press in November.

Amber married her high school sweetheart, birthed a kid who’s smarter than she is, and spends her nights writing down her dirty thoughts. In other words, life is good.