Skip to content
We’re so excited to be hosting Jane Godman and her Secret Baby, Second Chance Blog Tour today! Please leave a comment to let her know you stopped by! 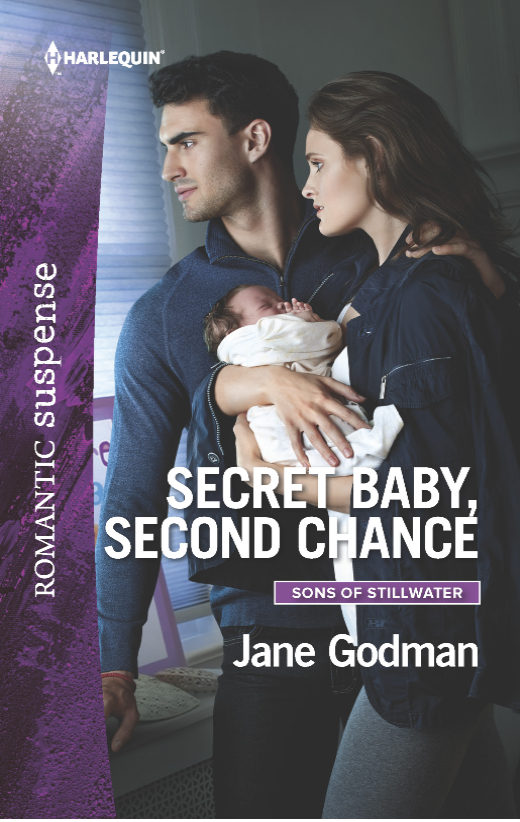 Title:
SECRET BABY, SECOND CHANCE
Author: Jane Godman
Publisher: Harlequin
Pages: 288
Genre: Romantic Suspense
BOOK
BLURB:
She’s alive! Vincente Delaney has finally found his girlfriend, Beth Wade, who disappeared a year and a half ago, alive. But he’s shocked to discover someone with her: their child, a little girl he never knew about! Once upon a time, lone wolf Vincente never expected forever with Beth, but now he must put everything on the line to protect her and their family.
Beth was forced to leave Vincente to protect everything she held dear. But now the threat to her loved ones’ lives has reared its ugly head again. As danger approaches, she and Vincente must delve into her past to cast out the darkness jeopardizing their future.

As he approached, he sized up the building. Nothing about it made him think of Beth. It had a slightly neglected air, as if the owner didn’t have the time, energy or money to spend on it. He  contrasted that with the Stillwater house she had lived in. That had been as neat as wax. Being organized seemed to come effortlessly to Beth, spilling over into how she dressed, her surroundings
and how she dealt with other people. Vincente wondered, not for the first time, if the reason she had struggled with their relationship was because she couldn’t neatly package up her feelings for him. When they were together there was no controlling what they felt. It had always been raw, primal…and incredible.
The thought spurred his feet up the front step. His heart was pounding so loud it almost drowned out the sound of his knock on the door. Prepared for disappointment, his nerves—already under intense pressure—were ratcheted up to crisis level when he heard a voice calling out.
“Did you forget something, Detective ?” It wasn’t just any voice. It was Beth’s voice.
He wondered how she would react if she checked who it was through the peephole in the door. Her words indicated she thought Laurie had come back again and he heard a key turn in the lock immediately after she spoke.
The door swung open and the smile on her lips faded. As she gazed at him in shock, Vincente took a moment to drink in her appearance. Her hair was shorter, just reaching her shoulders now instead of the waist-length mass in which he had loved to bury his hands. It was scraped back into an unflattering ponytail. She looked thinner. And tired, definitely tired. Almost to the point of exhaustion. But maybe the reason for that was sitting on her hip.
The baby wore pink sweatpants and a T shirt with butterflies embroidered all over. Not quite a toddler, she was a perfect little girl. Her black hair clustered in a halo of curls around her head and she studied Vincente with eyes that were huge, dark and framed by thick, spiky lashes. The hint of olive to her skin and the full ruby lips were additional confirmation of his first suspicion. It was
like looking in a mirror .
Vincente almost took a step back in shock as he gazed at his daughter.
Book Trailer:

This book is my catnip.  Romantic suspense, secret baby, second chances and small town.  Yep, Ms. Godman had me at the title of the book.  Then throw in the cover, the blurb, and the first paragraph.  But really sold me on the book as a whole was Vincente and Beth.  I loved reading about how they ran hot and cold during their first run as a couple.  The fighting, the hot making up sessions afterward.  Catnip.  Both characters had some issues when it came to relationships but none more than Vicente.
I times I really wanted to slap Vincente upside his head when it came to how he viewed relationships.  Look, I get the abandonment issue with his mother but his stepmother did everything that she could to make him feel wanted and loved.  Keep this in mind though, I haven’t read Bryce and Cameron’s books so maybe I missed out on some more of their backstory in regards to how they were brought up but still.  Vincente…get over yourself.  You have a second chance with the only woman that you ever truly loved and a daughter now.  Anywoos…other than that, Vincente was a dream.  He realized that he did need to finally put the past behind him and get it together if he wanted a second chance with Beth.
Beth, I could totally understand the motivation to disappear.  I would have freaked out if I got the letters and photos.  That was just too creepy for me and then to find out in the end who was doing it?  I honestly thought it was someone else and I was wrong.  Love when an author does that to me.  I’m no Sherlock but sometimes I do get it right.  Not here.  Ms. Godman puts up a few red herrings so when the truth is finally revealed, you are left gobsmacked.  Plus, the secondary characters from the past were interesting.  Rick really sticks out for me.  You will have to read the book to find out why.  Plus, since I didn’t read the other books in the series, I loved getting to know Laurie, Cameron, Bryce, and Steffi.  They are great at being there for Vincente and Beth. Let’s also not forget about Vincente and Beth’s daughter, Lia.  She is NOT plot device but a character in her own right.
In fact, the line from Vincente is classic:  “She trashed the place,” he whispered.  He expression was stunned.  “As soon as you left the room, she just went for it.”
Nothing can prepare a new daddy like Vicente like that.  There were other moments between Lia and her daddy.  I had the giggles at times with Lia and the dog, Melon.  I know that they could be perceived as humorous plugs but in the end…well, you just need to read the book.
Overall, I just loved this book.  I read it in one afternoon but it has definitely stayed with me.  I’m still thinking about the scene in the bedroom when Vicente went all “bossy” with Beth and her reaction to it.  Oh yes, this book has some sexy times and they are hawt.  Just a friendly warning.  *wink*
I will definitely look Ms. Godman’s books up.  She is a new to me author that I really liked.  Her style of writing, pacing, characters and overall, how did she fool me in the end, has me hooked. 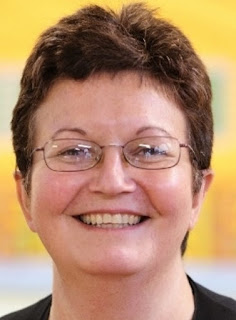 JANE GODMAN worked in a variety of shops, bars, and offices before settling into a career as a teacher. She was born in Scotland and has lived in Germany, Wales, Malta, South Africa, and England.  Home is now the Wirral, a beautiful English peninsula situated between Wales and Liverpool.
Jane still gets the urge to travel, although these days she tends to head for a Spanish beach, or a European city that is steeped in history. Venice, Dubrovnik, and Vienna are among her favorites.
When Jane isn’t reading or writing romance, she enjoys cooking and spending time with her family. She is married to a lovely man, has two grown up children and has recently discovered the joy of becoming a grandparent.
Jane writes paranormal romance for Harlequin Nocturne and SMP Romance, thrillers for Harlequin Romantic Suspense, and self-publishes her steamy historical and gothic stories.
Her latest book is the romantic suspense, Secret Baby, Second Chance.