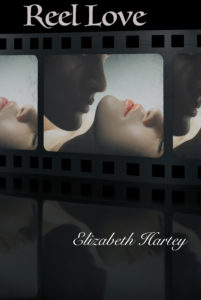 Annie Caslo is a successful, young doctor, but when she begins rethinking the career choices she’s made, she makes a decision to find a way to stay focused and achieve her true ambitions – that is until fate steps in and she is thunderstruck by Colt Ballard. He’s six foot three inches of heart-stopping hotness, an adept, roguish soccer star and also one of her interns. But he’s a player – on and off the field – and Annie has better things to do. Still, the combustible chemistry between them is impossible to resist – Colt brings out feelings she never knew existed and Annie’s swept off her reluctant feet.

When she continues to second-guess her life choices, opportunities and obstacles begin piling up higher than the greasy Mexican food stacks she hates to admit loving. While in a state of emotional turmoil, she gets a celestial visit from a hunky, Hollywood heartthrob, lookalike, who claims to be her guardian angel. He takes her on a magical road trip to self-discovery with the help of several, dearly departed film icons.

Drawn into the excitement of a life she’s always dreamed of, this new life threatens to shatter the LIFE and love she already has—unless her quirky angel can help her find a way to have it all.

Right, so dinner,” the angel stated, coming out of his trance and moving back a few steps. “Tell you what, how about I surprise you?”

He opened the refrigerator and stared. He’s probably willing the ingredients to march out and place themselves into his hands. Annie smirked. “Surprise me?”

“Yeah, I’ll make something special for our first dinner.”

“Whatever you say,” she relented, “but I don’t think you could possibly surprise me anymore than you already have.”

“Annie, never underestimate the power of an angel.” He turned and gave her what could ironically be called a devilish grin.

Annie moved to one side, out of his way, and his alluring scent. She watched as he moved skillfully around the kitchen. He knew exactly where to find everything he needed, as though he had been there many times before.

“Why don’t you put some music on? I could go for something romantic,” he commented without looking up from his preparation of the food.

“Romantic? Um, you mean like harp music or, um … what would be romantic to you … I mean, to an angel?”

“Harp music is pretty romantic, but most of the music in the world would be considered soothing and romantic to us. We’re not stuck strictly on harps.”

He moved across the room toward Annie. As he came closer, she once again found herself pinned against the countertop by his prevailing presence.

“You know, we angels are some of God’s most romantic creatures,” he whispered, so close his lips brushed her cheek.

“Really?” Annie repeated, this time in a dreamy slur that sounded and felt as if she were dissolving into a puddle in front of him.

“That’s right,” he said in a nonchalant tone, and then moved back to the refrigerator. “We’re overflowing with love and understanding.” He grinned, again somewhat mischievously.

Annie caught herself just before her weakened legs allowed her to slide to the floor.  This is ridiculous. He’s an angel for heaven’s sake … precisely, she thought, giggling. She slipped her coat off and threw it over the back of a chair as she walked across to the cabinet that housed the high-tech stereo equipment Colt had installed.

What can I say?  Women’s fiction/romance/fantasy book?  Harlie, are you feeling okay?  Flu bug got you?  No to all those questions.  I fell in love with the “guardian angel” angle.  I know, I’m a sap for anything about angels.  Shocked?  You should be because I don’t share that one with anyone.  But let’s get back to the review, shall we?  At first, when I started reading, I was a little creeped out about the whole teacher/student thing until I just couldn’t stop reading about Colt and Annie’s relationship.  I will tell you that their build-up to romance is fast paced but it makes sense.  This book isn’t about the fairytale romance that we read so much about in romance books but the journey to be fulfilled in that relationship and figuring out if the dream is still there with that one person.

Evan, the angel is a hoot.  I missed him every time that he wasn’t on the page.  He brought common sense to Annie and also humor to her situation.  Sounds confusing, it really isn’t.  He’s not there to tell her what to do but to make her see what could happen or the consequences of her actions.  Everyone needs someone to be the voice of reason and that’s what Evan is to Annie.  Again, I missed him when he wasn’t on the page.

Evan, the movie star.  I really wanted to fall in love with him but at times, he was really pushy with Annie.  It was almost like he was the snake charmer or even worse, the con artist in the ways that he could manipulate Annie into the situations that she was in at times.  Don’t get me wrong, Annie was right along with him but it wasn’t until the ending of the book that I really fell in love with him.  I really, really hope that Dr. Hartey writes a sequel to this book.  I would love for Evan, the movie star to find that special person just for him.  There is a hint and that’s all I’m going to say about that.  Yes, I went there with a movie quote.  They play a huge part in the book and of my gosh…Vivian Leigh.  One of my all-time favorite actresses makes the book, too.  *sigh*

Colt is a dream and he’s almost too good to be true once he and Annie are married.  As this is a women’s fiction book, he isn’t in that much but he doesn’t need to be.  While the book is told in alternating POV’s, Colt’s disappears for a while.  It’s not until the end that we finally see him at his wit’s end with Annie and Evan’s so-called relationship that he got my true respect for him.

Overall, I really enjoyed the book.  It’s not my usual fare and I’m glad that picked it up.  Of course, now I must have some conclusion with Evan, the movie star.  But hey, that’s just me.  If you are looking for a true romance book, this isn’t it.  It’s there but just remember, it’s about Annie’s journey of self-discovery that fills the actual story.  And angel named, Evan.

As a lover of the northeast US, Elizabeth moved with her husband to the Poconos several years ago to open a Chiropractic Clinic. Four children and a menagerie of animals later, she has finally found time to fulfill her lifelong dream of writing novels. A dreamer at heart, romance is the genre she spends most of her time writing and reading into the wee hours of the morning. When not juggling work responsibilities and writing, she enjoys hiking the beautiful hills and woods around her home, swimming, knitting, traveling, and spending time with her family.

Elizabeth Hartey will be awarding $25 Amazon or Barnes and Noble GC to a randomly drawn winner via rafflecopter during the tour.