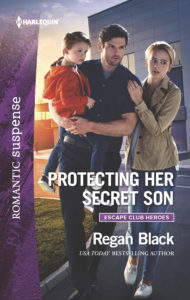 Shannon Nolan thought she’d escaped a nightmare world of ruthless crime – until her son is kidnapped! With nowhere else to run and no one else to trust, she puts her life in the hands of her boss, firefighter Daniel Jennings.

In her back pocket, her cell phone buzzed, belting out the old-school ringtone she used for unknown calls and text messages. She set aside the paint cup and pulled out her phone, swiping the screen to view the text.

No words, only a picture of her son. He was strapped into a car seat, his shirt rumpled, his pale blond hair windblown, and his cheeks and eyes were red. His lashes were spiked with tears and his lower lip thrust forward in a pout.

What had happened? Then she realized what she was looking at and her heart thudded in her chest. Staggered, terrified by her worst fears, she dropped the phone as she doubled over, clutching her stomach as if she’d taken a punch.

Daniel caught the phone and steadied her with a hand at her elbow. “Shannon? What’s wrong?”

The ringtone sounded as another text came in and she grabbed the phone from Daniel.

If you want to see your son again, tell his father to cooperate.

Her stomach clenched and she clapped a hand over her mouth. Whoever was behind this had chosen the wrong leverage. She’d never had any influence over Aiden’s father. Naturally, the sender’s number was blocked, but she hit the icon to call back anyway. It rang and rang, and no one answered.

What can I say about Regan Black and this series?  I love it for one.  Second, her characters come to life and third, Ms. Black knows how to write action/suspense scenes like no other.  True.  When the bullets start flying, you feel like you are there.  My heart pounds, my pulse quickens and then I’m left breathless in the end.

The Escape Club is back in action again.  I love Grant.  And that he plays the drums.  Plus, I just love how Grant just knows what to do.  Plus, he respects the people that he is trying to help.  He doesn’t dumb it down for them.  Shannon goes through a lot in the book and Grant is always patient and kind.  But I digress.  Daniel is right beside her, too.  He was also patient and kind, too.  In fact, what really sold me on the romance side of the book was that they already a relationship as work colleagues.  Shannon is no TSTL woman but trust me when I say, she has gone through a lot just to get to the point in her life before Aiden is kidnapped.

Daniel, I felt like was just kinda floating through life until Aiden is kidnapped.  He’s a great guy, fireman, and contractor but was kinda directionless in a sense.  Shannon gives him purpose but also just confirms what he really wants out of life and with whom.  *swoon*  I loved that he had some family issues, too.  It made him human and also brought to the for front about his working with dad and in some degree, Shannon in the end.  Plus, I just loved his mother, Tess.  And yes, his dad could be a toot but in the end, he just wanted his son to be happy.

The suspense in this book is top notch.  Bullets flying, kidnapping, fires, and killings.  Oh yes, there is a killing and I kinda lost it for a moment.  It was sad but also sweet at the same time.  I felt bad for Shannon losing the only person that really tried to be good for her at the end of marriage…I won’t say anymore because I would definitely spoil it for you.  I figured out fairly early the “who” but the journey to the end of the book is breathtaking.  You just don’t know what is going to happen until it does.  That’s awesome romantic suspense.  Ms. Black always puts me through the wringer but the end is of so satisfying.

I can not enough about Ms. Black and this series.  Great writing, characters that relatable and situations not too “out there” and romance that rings true. 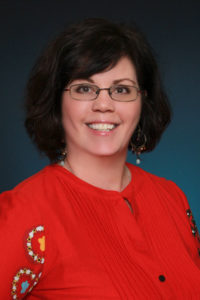 Regan Black, a USA Today bestselling author, writes award-winning, action-packed romantic suspense and paranormal romance novels featuring daring heroines and sexy heroes. Raised in the Midwest and California, she and her family, along with their adopted greyhound and two arrogant cats, reside in the South Carolina Lowcountry where the rich blend of legend, romance, and history fuels her imagination.

Regan will be awarding a $25 Amazon or B/N GC to a randomly drawn winner via rafflecopter during the tour.