This post is part of a virtual book tour organized by Goddess Fish Promotions. Tawny Weber will be awarding a $20 Amazon or Barnes and Noble GC to a randomly drawn winner via rafflecopter during the tour. Click on the tour banner to see the other stops on the tour. 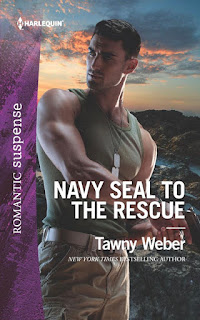 Injured in the line of duty, navy SEAL Travis “Hawk” Hawkins retreats to paradise. But R & R takes a turn when he runs smack into a beautiful blonde who just witnessed a murder. Travis offers to help, only to find himself equally taunted and titillated by irresistible Lila Adrian. Can the wounded warrior protect Lila and take down a deadly crime ring?

Once upon a time, Travis Hawkins would have called that heaven.

Now, he was convinced it was hell.

He strode out of the silken warmth of the Caribbean, his feet sinking in the wet sand. Wincing, he adjusted his stride when the sand turned to powder, taking the weight off his throbbing knee.

He noted the sexy little blonde standing on the edge of the beach. She’d poured her petite curves into a pair of white pants that stopped short of her ankles and a silky red tank that fluttered intriguingly in the light breeze. With her hair clipped up and back, he couldn’t tell its length, but he was imagining it was long. Mostly because he had a thing for long blond hair.

Just like he had a thing for confident women. He could tell this one was just that from the way she stood there, dangling her shoes from one hand while the other shaded her eyes. The better to check him out, he supposed. No harm there. He was checking right back.

And what he saw was intriguing.

But he wasn’t in the market to be intrigued.

He was in the market to decompress. To make decisions. To figure out the rest of his damned life.

Once upon a time, he’d take the blonde up on the obvious interest on her pixie-like face. He’d have strode on over for a little conversation, a little flirtation. He’d gauge the ground, assess the heat level and if it felt right, he’d have swept her off her sexy little feet and into his bed.

But his sweeping days were over. Hell, all the fun was over.

I’m a life long fan of Ms. Weber.  I cut my teeth on her Blaze books.  No one can write SEAL’s like her.  I’m excited that she is writing for the suspense line for Harlequin.  I think that the two will fit just nicely together.  That said, while I loved the overall book itself, I felt like that there wasn’t enough suspense until the very end.  Let me explain.

There was no gunplay in the book.  When you mentioned kidnapping and a SEAL, I want some gunplay.  Maybe a fight scene or two but with this one, we don’t get any of that until the end.  Don’t get me wrong, I don’t want a bunch of nonsense when it comes to anything violent but watching a stakeout isn’t for me.  I wanted some more action in the book.  The overall actual suspense element was great.  I never figured it out.

Travis is a great hero.  SEAL’s are supposed to be overprotective, overbearing and used to running the show but he also had a softer side to him and that was Lila.  And not just in his bed.  He genuinely liked her.  Got to know her but in the end, was an idiot (aren’t they always).  I especially liked how he didn’t placate her in the end either.  He actually talked to her, understood her concerns and reassured him of his intentions.

Now Lila was a bit more interesting to get to know.  I liked her but at times felt like she really did a babysitter.  I’m all for NOT letting a man tell me what to do but at times, she didn’t listen.  Let’s hope that she really did learn from it.  I didn’t think that she was a true damsel in distress but I can understand her need for protection.  The scenes with her dad and brother, Lucas, were great.  She finally grew a spine and told them no.  Speaking of Lucas, that was an AWESOME twist.  I especially liked the “talk” before the op.

While Ms. Weber is known for her hot scenes, in this line, it is toned down a bit.  Ms. Weber still delivers the goods but don’t expect a Blaze scene.  I did enjoy the romance between Lila and Travis.  It is slow building but in the end…*swoon*.  Overall, I can’t wait for the next book in the series.  Lucas’ book should be a doozy when it comes out.  He’s got some issues, I’m sure like his sister, that hasn’t been told. 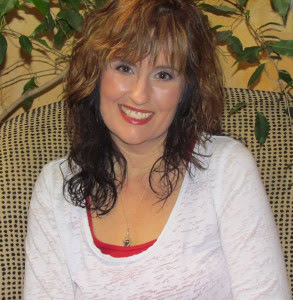 New York Times and USA TODAY Bestselling author of more than forty books, Tawny Weber loves writing about sexy heroes, most notably her popular Navy SEALs series. Her sassy, emotional romances are filled with men dedicated to being the best—and women determined to have the best. Tawny credits her ex-military alpha husband for inspiration in her writing, and in her life. The recipient of numerous writing accolades, including Romantic Times Reviewers Choice and in addition to the NY Times and USA Today bestseller lists, Tawny has also hit the number one spot on Amazon and Barnes & Noble.