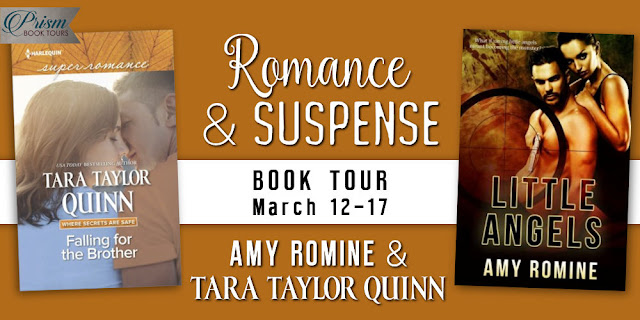 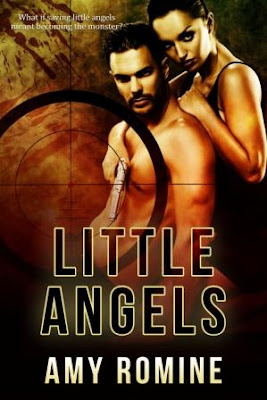 What if saving little angels meant becoming the monster?

When Special Agent Nick McFarlane receives news that his partner of eight years is in trouble, he doesn’t hesitate. Throwing himself into a deep cover operation to expose and shut down The Micahs, a child trafficking ring, Nick enters, unprepared for the reality that awaits.

Special Agent Meredith Richards took the assignment fully aware of the consequences. Leaving her life behind, she knew she wouldn’t be able to get out with her life until she shut the Micahs down for good.

When Meredith’s informant is murdered and her contact inside the organization starts to lose control, Meredith is forced to make choices she can’t take back. On the edge of sacrificing herself, her principles, and her life, she begins to wonder if she will survive the case, or if she even wants to. 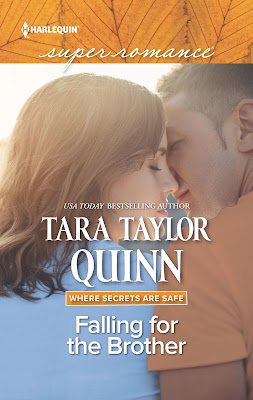 Head of security Harper Davidson is shocked when her ex’s grandmother becomes the newest resident at The Lemonade Stand shelter. The suspected abuser? The woman’s own grandson, Harper’s ex-husband. None of this makes any sense. And yet she knows his brother, Mason Thomas, would not make these accusations lightly. For her daughter’s sake, Harper agrees to help Mason uncover the truth.

Clouding the investigation is the attraction that still lingers between her and Mason—a temptation Harper won’t give in to again. Harper’s loyalty and emotions are divided once more. And when past secrets come to light, she’s not sure who to trust…

Yall this series.  I know that I say that every time I review a book in the series but seriously?  If you are not reading it, you are totally missing out.  A couple of things though.  Don’t expect a bunch of sex.  It’s not needed here.  Since the running thread is abuse in all forms, sex is one of the abuse themes in some of the books, it is not necessary.  Is it discussed?  You bet?  But if anything happens, it’s behind closed doors.

What makes this book special is that it deals with elder abuse, mental abuse, emotionally abuse and manipulation in all forms.  But what really drew me in were the tropes that Ms. Quinn used.  Secret baby (that was a twist I never saw coming), in love with the wrong brother, and second chance.  Most times in this series you don’t get the tropes but Ms. Quinn takes them, spins them and they work.  I know this is typical Harlequin but the twists that are used here aren’t typical.

Mason and Harper are so good together right from the start.  They have a long way to go when it comes to trusting each other again.  Bruce, her ex and Mason’s brother is a piece of work.  He really worked them when it came to them even talking to each other much less, Bruce and Mason talking for almost 5 years.  Isolation is the key term that I kept reading about in the book.  I also liked that Harper, Mason, and Bruce were cops so they were smart and actually talked to each other when it came to the investigation.

About 3/4 in the book is where it took a turn that I NEVER saw coming.  The deception, lies, betrayal…it’s all there in spades.  I never expected the things that were happening in the end with Bruce.  I almost felt sorry for him but in the end…nope.  Mason and Harper deserved to be happy.

Again, peeps.  Read this series.  I know that the line, Superromance is going away but this series won’t go away.  Harper and Mason might be my favorite couple.  Next to Chantel and Colin.  🙂

Other Books in the Where Secrets Are Safe Series
(Books released as of November 2017. Each can be read as a standalone.) 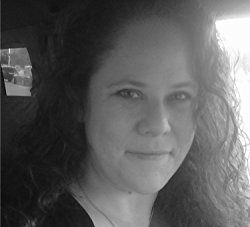 Amy Romine has always wanted to be one of the good guys. From playing Charlie’s Angels in the backyard of her Macungie, PA home as a child to the pages of her unending projects, Amy has always dreamed of adventure and romance. Her need to make the characters truly deserve their happiness takes us on many a twisted journey. From serial killers to demons, Amy holds nothing back in the name of true enduring love.

A mother of three, Amy has spent the past fifteen years as a Service Delivery Manager for Ricoh America’s Corporation. She is an avid movie fan, and enjoys books, television, theater, her dog Pip and all things romance.

Look for Amy’s other books on Amazon and where all fine books are sold. 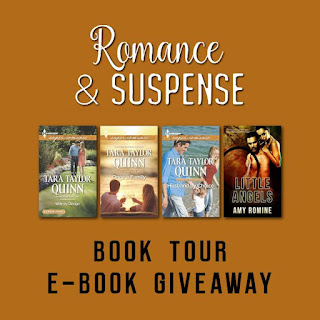 1 winner will receive ebooks of the first three books in the Where Secrets Are Safe series by Tara Taylor Quinn (WIFE BY DESIGN, ONCE A FAMILY, & HUSBAND BY CHOICE) and an ebook of LITTLE ANGELS by Amy Romine
Open internationally
Ends March 21st

4 thoughts on “#Review of Falling for the Brother (Where Secrets Are Safe #14) by Tara Taylor Quinn w/a rafflecopter giveaway! @tarataylorquinn @HarlequinBooks @harlequinbooks @ttquinn1”