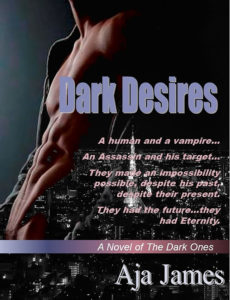 Ryu Takamura is the Dark Ones’ Assassin. He has never missed his target…until now. Until her.

Ava Monroe is a talented geneticist who holds the key to the vampire race’s future…and perhaps her own as well.

Their attraction is explosive from the first. She would do anything to have him. He would sacrifice all to protect her.

But will their love triumph over seemingly impossible odds as they battle enemies new and old? Especially the demons from Ryu’s past? And deep within his heart?

She was not what he expected.

Not that he knew what Professors or Doctors (or whatever one called someone with both PhD and MD as a suffix to their name) in molecular genetics looked like on average, if there was such a stereotype to begin with.

Gray-haired with glasses and a wizened, wrinkled visage reflecting self-sacrifice (for how else would they have had the time to concentrate on their studies?) and solemnity (for what humor was there in such an analytical, methodological subject?).

For Ryu Takamura, who had been raised for the first ten years of his life in a whorehouse and abandoned thereafter at a Shinto shrine, formal education—hell—any education seemed foreign and antithetical to his own upbringing.

Perhaps this was why he always dressed and spoke with meticulous care.

To any observer, he appeared to be the immensely wealthy heir to a Japanese or Korean conglomerate, living a life of privilege and idleness with armies of servants to tend to his every need. His clothes were of the finest quality and tailored to fit his long, lean body to perfection. His wavy black hair was tousled just so, fuller on top and in the back and shaved closely on the sides to emphasize his aristocratic bone structure, all angles and points liked a laser-cut diamond.

He was so blindingly elegant, in fact, he could never have been mistaken for a real Asian heir. He represented what their alter egos might aspire to if they could ever look as resplendent as he. Rather like how K-dramas represented the ridiculously good-looking and wealthy on TV with actors who had undergone countless surgeries to mimic perfection.

If only they knew the truth. Ryu’s lips tipped at one corner in dark amusement.

Where to start?  As you know, I don’t normally review paranormal romance.  Then you throw in a bit of fantasy, too and I sure don’t review those, much less read them.  Well, this is the third book in a series that I started with book two.  This one didn’t disappoint in most ways but overall, I found something lacking.  Now, don’t get me wrong, Ava and Ryu were well round characters and I enjoyed getting to know them but I felt like the story was wrapped up too neatly.

The world building is phenomenal again in this book.  Each book stands alone but I was excited to see the other characters come back for this one to help Ryu and Ava.  As with the other book, the book starts off fast and really never stops.  This one could have read like any other vampire meets human, falls in love and then fights off the bad guys to keep the human.  Oh no…Ms. James doesn’t write that way.  She makes her characters interesting and relatable.  Even if their jobs are a bit above my pay grade.  But that’s what I really liked about them.

While we had Rya and Ava’s story, some questions were answered and others not.  I love it when an author does that in a series.  There is a definite overall story arc to the series and I can’t wait to see where it ends.  Ms. James is a master at this and I applaud her for it.  She gives you just enough and then pulls back.  Tease but that’s what makes this series so wonderful to read.  Plus, the characters aren’t like the others.  Each is different and their history is not cookie cutter.  The book kinda dragged for me in the beginning but once again, Ms. James lets go and the story and action take off.

I know that I don’t recommend paranormal or fantasy but this series has it all.  Hot guys, heroines that you want to be friends with and a storyline that will leave you breathless in the end. 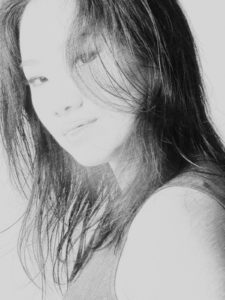 Aja James will be awarding a $10 Amazon/BN GC to a randomly drawn winner via rafflecopter during the tour.