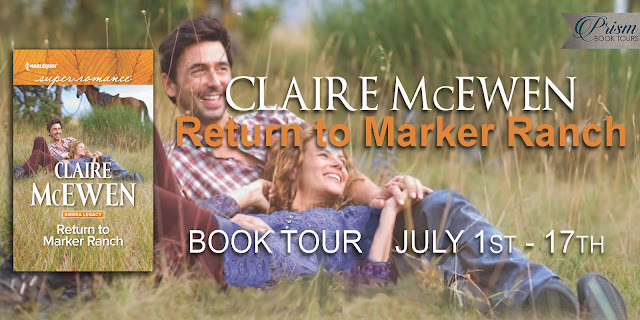 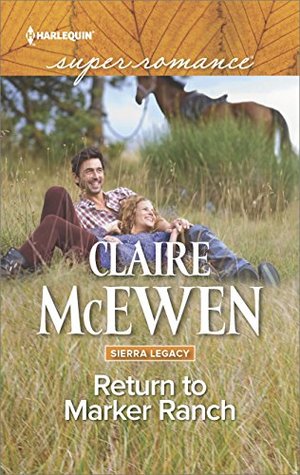 This is one reunion both of them could do without

This is the chance she’s been waiting for to prove she can run her family’s ranch. And despite her many doubters, Lori Allen knows she’s doing a good job. Until the man who once broke her heart—Wade Hoffman—runs her well dry! And it turns out he’s got as much to prove as she does. After serving his country, Wade’s back to rebuild his family’s reputation and win his battle with PTSD.

With so much to lose, neither can afford to give in to temptation. But to succeed they must let go of old heartache and face up to bringing out each other’s worst, along with the best. And what doesn’t kill them…

*sigh*  This series is fast becoming another one of my favorites.  I have to admit that I live in Texas and so cowboys, etc. just aren’t that exciting for me anymore.  I know, yall can kill me later but there is something about Ms. McEwen’s heroes and heroines that I can’t get enough of.  She writes them with emotional depth and while, their ranches are important, each one of them is dealing with bigger issues than just ranching or horses.

This is why I like Lori and Wade so much.  They have a back story and it’s a good one, too.  I felt sorry for both of them when the truth finally came out about that fateful night that changed their lives.  You need to read it.  I sniffed a bit but in the end, I could see both sides of the story.

Wade was introduced in his sister, Nora’s book.  I liked him them, even if he was a little lost.  In this book, he really does shine.  He knows his faults and doesn’t make excuses for them.  He realizes that his faults make him as a person and that’s okay.  He is dealing with PTSD and Ms. McEwen deals with the subject matter perfectly.  She doesn’t shy away from showing us how bad it can be for some veterans when they come back.  I also liked the fact that she had Wade go to groups  but more importantly embrace that he needed the help and wasn’t embarrassed by it.  *sigh*

Lori was a little harder nut to crack.  At times, I felt that she was a bit harsh towards Wade.  It was like she was still punishing him for that night all those years ago.  In the end, I warmed up to her.  Especially at the church when they were…  Oops, almost gave away a very important plot point/spoiler.  You just need to read it.

Overall, I really liked Wade and Lori.  They were a couple that had to work for their HEA but it is so worth it in the end.  I can’t wait to see what other stories that Ms. McEwen comes up with in the Sierra Legacy.  Plus, we get to see Todd and Nora again.  Bonus!

The First Book in the Series 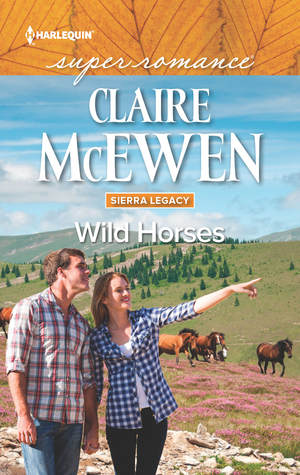 This wild stallion can’t be tamed

Todd Williams is still the naive idealist he was in college. Only now he’s endangering lives—Nora Hoffman’s to be exact. Nora hasn’t seen Todd since he decided that saving the rain forest was more important than their relationship. Until the night she’s nearly crushed by the stampede he causes. Now Todd is determined to make amends, for everything.

She may not agree with his methods, but even Nora can’t deny the importance of his fight to save the wild horses. With the attraction between them still sizzling and the fate of the horses in the balance, Nora must decide just how much she’s willing to risk. 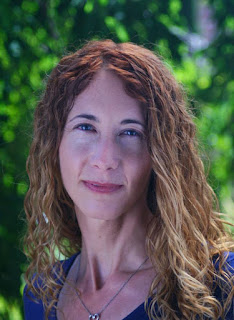 Claire McEwen lives by the ocean in Northern California with her family and a scruffy, mischievous terrier. When not dreaming up new stories, she can be found digging in her garden with a lot of enthusiasm but, unfortunately, no green thumb.

Claire enjoys discovering flea-market treasures, walking on the beach, dancing, traveling, and reading, of course! She loves to write complex heroes and heroines, who grow and find themselves through their search for love.

$25 Amazon eGift Card
1 copy of the first book in the series, Wild Horses (print if US, ebook if outside the US)
Open internationally
Ends July 22nd