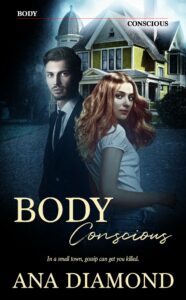 Mortician, Lily Reynolds is used to seeing bodies, but not the type murdered in her own funeral home. As Detective James Rivers zeroes in on her as the town’s number one suspect she must rise above the accusations and rumors to solve the case herself while keeping her attraction to the troubled detective at bay.

James has a past. The last time he let someone into his life she wound up dead. Vowing never to let that happen again he has sworn off dating for good. Until he meets Lily. In his gut he knows she’s not the murderer but pressure to solve the case puts him on the wrong trail while he struggles to keep Lily off the case.

Can she solve the case on her own or will their scandalous romance get in the way of proving her innocence?

“That’s Detective James Rivers,” Abrams said. “He came all the way up from New York City to our little town in the scenic Hudson Valley. He’ll be the lead investigator on this case since I know you ladies will be frequent callers.”

Abrams gave her a coy smile. He seemed flattered by the idea.

“Nice to meet you, Detective Rivers,” Lily said, finally turning toward the man who approached them.

Her breath caught in her throat. She didn’t know what she had been expecting, but not this—the angelic face with large sky-blue eyes, pronounced cheekbones and silken black hair. The only part of him that matched her ideas of what detectives looked like were his tattooed arms. She should know; her dad had been a cop.

May he rest in peace.

But James’s tattoos weren’t subtle. Snakes slid up his arms, past his rolled-up shirtsleeves, coiling around his thick forearms and biceps. One corner of his mouth lifted as he caught her staring.

Let me count the ways that I loved this book and that I hope that there is a follow-up.  I fell in love with Lily, James, Abrams, Zachary, and Shanna.  Yes, everyone.  Even the villains in the book.  Ms. Diamond took her time in establishing each character, regardless of what their role was in the book.

James is a dream.  Tats, a cop, and always went with his gut all the time.  I also liked how he interacted with Abrams, regardless of the situation.  In fact, he never backed down from Abrams.  Abrams is a trip.  His relationship with Shanna is different but it is endearing.  I wanted more from those two but I’m hoping that Ms. Diamond has a book with them in mind.

Lily is a strong woman.  Considering everything that she had to go through in the book, most would have folded and played the damsel in distress.  Not her,  She told everything in stride and went forward.  I loved that about her.  The bar scenes are wonderful with her.

The villains in the book are richly drawn.  In fact, I actually felt kinda sorry for one of them but that’s for you to figure out.  The other one, they got what was coming.  Ugh.  What a piece of work.  That’s what really got me in the book.  Everyone has a role to play and Ms. Diamond sets them up very well.

The mystery in the book is AWESOME!  Just when you think that you have figured it out, Ms. Diamond throws a curveball which causes whiplash but it is oh so good for me.  Everything is tied perfectly in the end.  However, I really would like a follow-up with Abrams/Shanna and to see where James and Lily are in the future. 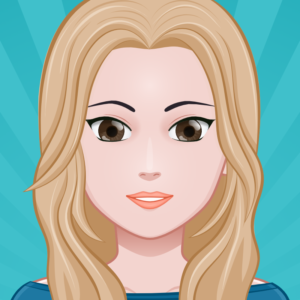 When Ana Diamond isn’t writing about tough gals finding love in unexpected places, she’s at work by day in the medical field. She writes romantic cozy mystery novels with feisty strong women and alluring men who can’t resist them. Her books are fast-paced, entertaining and heartfelt all at once.

Ana is a 2020 Tara Contest Finalist for Body Conscious and 2015 Melody of Love contest finalist. She lives in New York with her husband, two children and two needy but wildly entertaining kitty cats.

Ana Diamond will be awarding a $25 Amazon/BN GC to a randomly drawn winner via rafflecopter during the tour.