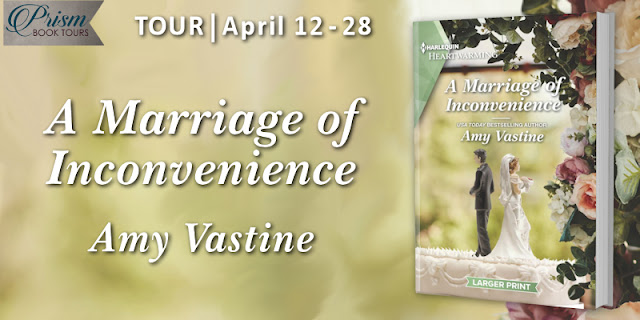 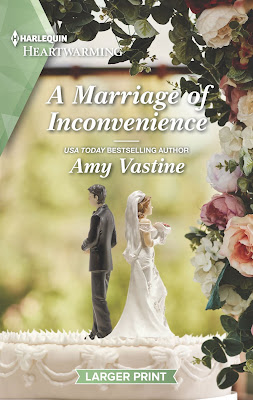 Wedding planner Sophia Reed never imagined she’d meet her perfect man during a bank robbery. Evan Anderson is handsome and funny and makes Sophia believe in love at first sight. There’s only one small hitch—he’s engaged to someone else, and Sophia is planning his wedding! But Evan’s wedding is purely a business arrangement…and true love might just turn this almost-perfect wedding into a beautiful catastrophe!

She grabbed his other hand and placed it on her waist before resting hers on his shoulder. “I can teach you a very simple dance that anyone can do.”

Evan wanted to pay attention to her words, but with their bodies this close it was next to impossible. He was like a teenager again, nervous and tongue-tied around a pretty girl.

“So far, so good,” he managed to say. The hand on her hip felt like it was on fire. Could she feel that? Could she tell he was burning?

“You can also spin your bride as you go—that way you won’t just be stepping side to side the whole song. You’re the man, so you get to lead. The way you’ll signal to Jamie that you guys are going to spin is by pushing with this hand and pulling with the other. Just enough to let her know that you’ll be moving in this direction.”

Sophia showed him how to do it. She guided them into a full circle and stopped.

“I think so.” His eyes were locked on hers. She completely mesmerized him. The green in her eyes was flecked with gold he’d never noticed before. They were the prettiest eyes he’d ever had the pleasure of getting lost in.

A marriage of convenience with a twist.  Love at first sight and a suspense/mystery element, too.  Yep, I’m sold.  Plus, it’s Amy Vastine.  She is one of my favorite Heartwarming authors and she delivers again with Sophia and Evan’s story.  I will have to say that this isn’t a slow burn romance between Sophia and Evan.  It’s surprisingly fast-moving until the moment in the office.  Talk about a wet blanket on true love.  Ms. Vastine does a fantastic job with the “triangle” throughout the book.  Some moments are sad, some are hilarious but in the end, I really liked all three of them.  Seriously, Evan, Sophia, and Jamie are very well-written characters that you can’t help but like.  Evan’s brother, Zeke is a treasure.  Not to mention Sophia’s grandmother.  Gotta love a Greek grandmother.

I have to admit that I loved Jamie’s uncle, regardless of what he wanted Jamie to do but the jewel in the crown is Jamie’s no-good cousin and that dog of his.  I won’t say anything more because it would totally spoil the book.  Not to mention the bank robbery where Sophia and Evan met.  Talk about a whacked-out cute-meet but it works.  I loved how the robbery and subsequential robberies were solved in the end.  While the romance is a slow burn AFTER the initial meeting, Ms. Vastine develops her characters where you really wish that everyone had their HEA but it doesn’t work that way sometimes.  I think in the end, everyone is happy but I can definitely see Sophia and Evan running off…who plans the wedding planner’s wedding?  LOL!

I love Ms. Vastine.  She takes her time with all of the characters in the book and delivers it in spades.  Sophia has much more to work through when it comes to romance.  I know, you would think that Evan would but he is resigned to his fate.  He is trying to do the right thing but it doesn’t help that he is in love with Sophia but needs to do right with Jaime.  I understood where both of them were coming from and at times I just wanted to shake them but where is the fun in that?  Half the fun in reading a romance book is the path that our characters take and with these two…wow.

Please, please read Ms. Vastine.  She writes realistic characters in plausible situations that anyone can relate to.  Plus, I just love her period.  And you will, too.

Stop the Wedding!
Book 1: A Bridesmaid to Remember
Book 2: His Brother’s Bride
Book 3: A Marriage of Inconvenience 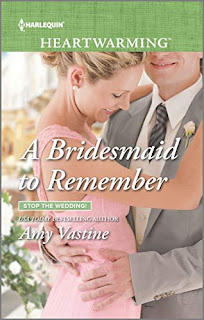 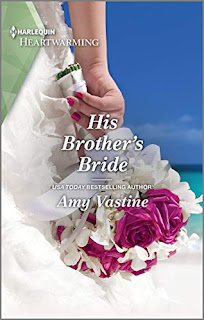 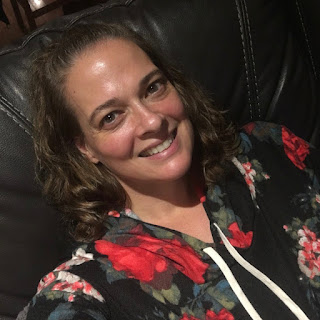 Amy Vastine has been plotting stories in her head for as long as she can remember. An eternal optimist, she studied social work, hoping to teach others how to find their silver lining. Now, she enjoys creating happily ever afters for all to read. Amy lives outside Chicago with her high school sweetheart husband, three teenagers who keep her on her toes, and their two sweet but mischievous pups. 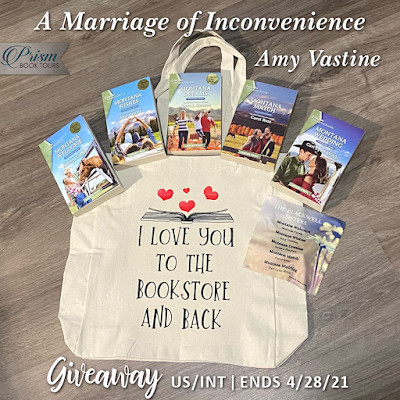 One winner will receive (US only):
– $25 Amazon gift card
– “I love you to the bookstore and back” book bag filled with several of my favorite Heartwarming books
– Blackwell Sisters cleaning cloth
– Bookmark
Three additional winners will receive an ebook of the first book in the Stop the Wedding Series, A Bridesmaid to Remember (open internationally)

One thought on “#Review of A Marriage of Inconvenience (Stop the Wedding #3) by Amy Vastine w/a rafflecopter giveaway! @vastine7 @PrismBookTours @HarlequinBooks”