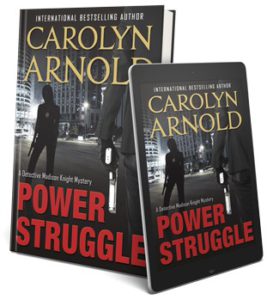 One hit man who’s back for revenge.

One detective who’s not going down without a fight.

It’s been ten months since Detective Madison Knight almost died at the hands of Russian Mafia hit man Constantine Romanov. She hasn’t seen hide nor hair of him since he escaped police custody and fled to Russia soon after his arrest, except now her latest murder investigation gives her reason to believe he’s back in town. Seeing as the victim is the man who killed her grandfather, her perspective may be a little skewed, but with the MO smacking of Constantine and the victim’s connections to the mob, she finds it hard to be objective. Still, she’s doing her best to consider all the evidence.

When she receives a threatening letter from Constantine, however, her suspicions are confirmed. And he’s made it abundantly clear that not only does he plan to finish what he started but he has her family and loved ones in the crosshairs, too. Madison vows to do whatever it takes to save them, but as the hours race by, the body count rises. And the stakes only get higher when Madison’s sister, Chelsea, goes missing.

Now, Madison’s only play is to take Chelsea’s disappearance for what it really means: Constantine is calling Madison out for one final showdown. And they won’t both survive…

This was really happening. Constantine was back for her and her family. Her first thought went to Troy but was followed quickly with images of her sister and her nieces. Her parents lived in Florida and should at least be safely out of his reach, but the rest of them? She fumbled as she tried to get her phone out of her coat pocket.

God, who should she call first? She needed to make sure everyone was safe—right now. Maybe if she called Troy and then the station, she could have officers go by her sister’s, to her nieces’ school and the youngest one’s daycare, to her brother-in-law’s office, and after that, she could make a call to the local Florida cops to check in on her parents, just in case.

She pressed the speed dial for Troy and let her gaze continue to skitter over the parking lot for any sign of Constantine. She was too exposed and vulnerable standing there, and tremors shot through her. But if he was just going to pull a trigger, why the taunting note? She had a horrible feeling a single bullet wouldn’t inflict enough torture for Constantine’s liking.

Two women were walking toward her with quizzical expressions on their faces. Madison made eye contact with one of them.

“Are you okay?” the woman asked.

Madison bit down on her bottom lip and ran a hand through her hair. She nodded. “I’ll be fine. Thanks.”

The one who’d asked how she was shrugged and bugged out her eyes at her friend as if Madison was crazy. They kept walking toward a sedan parked two down from Madison’s Mazda and got in.

“You’ve reached the voice mail of—”

Madison hung up, gripping her phone tightly. Why wasn’t he answering?

Troy had the day off. He was planning to go into the station later for her meeting with Winston and the police chief, but otherwise, he could be anywhere. If Constantine knew where to find her this morning, he’d likely tailed her from Troy’s house.

She got into her car and tugged on her seat belt.

Maybe Troy was just busy, or his phone was on mute, or…

She tried him again, and it rang to voice mail once more.

This time she left a message. “Troy, it’s me. Call me back the second you get this,” she rushed out. “Constantine’s back.”

She ended the call and thrust the key into the ignition, ready to tear out of the lot, but there was one more number she could try to reach him. It was primarily reserved for his boss in case a call came in requiring Troy’s SWAT team since he was on call 24-7, even on his days off.

She tried that number. It went to voice mail, too.

She pressed her phone to her forehead.

Madison put the car into gear, and her phone rang. She answered quickly. “Troy?”

“You got the T part right, but this is—”

“Terry, something’s happened,” she blurted out, panic shredding her insides. She pushed the button on the kiosk to lift the barricade at the parking lot’s exit.

“What is it?” Terry sounded nauseated, as if he’d already been struck with bad news. “Are you all right? Where are you?”

“I’m fine, but—” She checked her mirrors. Constantine could be watching her right now.

She pulled out onto the street. “Constantine’s back.” She swallowed the mouthful of bile that had risen in her throat. The sour taste hit her tongue, but it was nothing compared to the unsettled and knotted ball in the pit of her stomach, nor the one in her chest. What if he had… No, she couldn’t even finish the thought. She just had to get to Troy. She floored it through a yellow light.

So I’m back with a review of a mystery/thriller w/romantic elements and to say that I’m hooked on Madison Knight would be an understatement.  This is the first book that I’ve read by Ms. Arnold and it will not be my last. To say that my pulse pounded in my throat, my anxiety hit the roof and I could not put this book down until the very end.  Yep, this is that book.  True, I read a lot of romantic suspense, mysteries, mystery/thrillers but I got much more than that in this book.

Madison Knight is a detective in a major crimes division (LOVE the show Major Crimes) and is the only female.  Her boyfriend, Troy is part of the S.W.A.T. team and they have their ups and downs in regards to their relationship.  She has confidence issues that need to be dealt with in regards to Troy and let’s not forget that she also has to deal with a mother that still can’t accept the fact that she’s a cop.  To say that Madison has some things outside her job would be a lie.  But that’s what makes Madison so human and real to me.  I felt like I knew her.  And yet, I didn’t know her.

But what really got me about this book is how real and authentic to felt.  I watch a lot of cop shows on television and no one can match my love for Jack Ryan/Tom Clancy but Ms. Arnold has written one of the best female cops that I’ve ever read.  And yes, I love Eve Dallas and her yummy Roarke but I connected with Madison on a more personal level.  She cares too much for her family and after everything that she has been dealt with Constantine, it is still raw for her.  I liked how Ms. Arnold didn’t shy away from the effects of how Madison is dealing with it.  Most authors wouldn’t go that far but Ms. Arnold does and its brilliant.

I swear this book near lets up.  I didn’t take a break until I absolutely had to go the bathroom.  That’s how involved I was with it and I never wanted it to end.  That said, it did and it totally blew me away.  I have got the first book in the series to read and I can’t wait to see how it all began for Madison.  Madison is just one of those characters that will stay with you after you finish.  Not to mention the story itself.  Ms. Arnold writes a fast-paced, taunt, thrill ride that you will not forget.  Just remember not to drink anything so you can read right through. 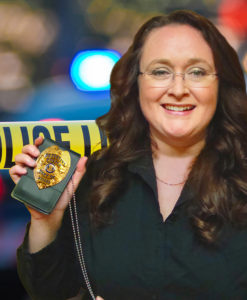 CAROLYN ARNOLD is an international bestselling and award-winning author, as well as a speaker, teacher, and inspirational mentor. She has four continuing fiction series—Detective Madison Knight, Brandon Fisher FBI, McKinley Mysteries, and Matthew Connor Adventures—and has written nearly thirty books. Her genre diversity offers her readers everything from cozy to hard-boiled mysteries, and thrillers to action adventures.

Both her female detective and FBI profiler series have been praised by those in law enforcement as being accurate and entertaining, leading her to adopt the trademark: POLICE PROCEDURALS RESPECTED BY LAW ENFORCEMENT™.

Carolyn was born in a small town and enjoys spending time outdoors, but she also loves the lights of a big city. Grounded by her roots and lifted by her dreams, her overactive imagination insists that she tell her stories. Her intention is to touch the hearts of millions with her books, to entertain, inspire, and empower.

She currently lives just west of Toronto with her husband and beagle and is a member of Crime Writers of Canada and Sisters in Crime.

And don’t forget to sign up for her newsletter for up-to-date information on release and special offers at http://carolynarnold.net/newsletters.

Carolyn Arnold will award a print copy of IN THE LINE OF DUTY to a randomly drawn commenter. (US, Canada, UK only) 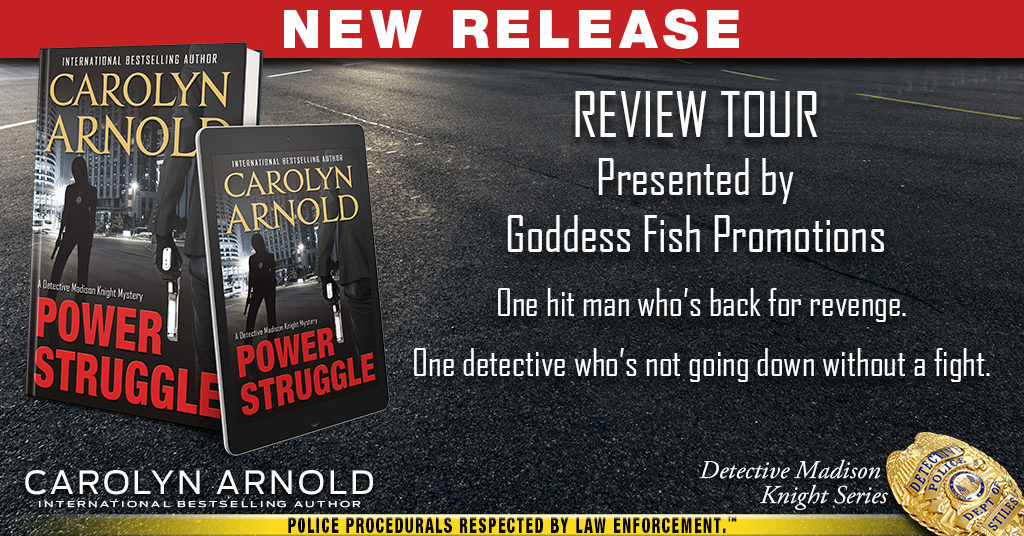