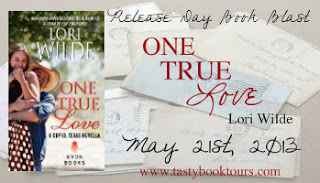 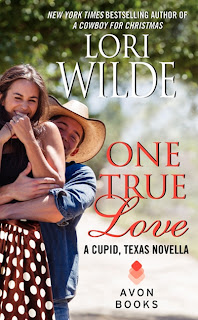 In Cupid, Texas, they say everyone has one true love. And if you write a letter to Cupid,
you will get an answer in return . . .
Now, from New York Times bestselling author Lori Wilde, read how the legend of Cupid began . . . All it took was one great love story!
Too bad for pretty young housemaid Millie Greenwood that her one true love is John Fant, the handsomest, wealthiest man in town. But in 1924, a maid—no matter how lovely—isn’t about to marry into the town’s foremost family, and John is on the verge of becoming betrothed to another. Everything seems hopeless until Millie writes a desperate letter to Cupid, and the most romantic legend of all is born … 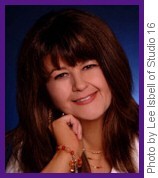 Lori Wilde can’t remember a time when she didn’t want to write. She even went to nursing school so she could have a schedule flexible enough to allow her to write on the side.  She nursed for 20 years, working in a variety of settings from the newborn nursery to the recovery room, to dialysis. But she never lost her desire to write.
She sold her first book in 1994 to Silhouette Romance but later discovered she had a flair for comedy and branched out to Harlequin Duets and now, to Blaze.
Lori is an adventuresome soul who loves to travel.  She’s taken flying lessons, completed two marathons, rode in a hot-air balloon, performed with a professional jazz band, traveled Europe as a teenager, hiked volcanoes in Hawaii, trod on glaciers in Alaska, shot white-water rapids, water-skied, snow-skied, raced all-terrain vehicles, body-surfed in the Gulf of Mexico, and photographed grizzly bears in Yellowstone.
Lori is the New York Times bestselling author of more than sixty books. A former RITA finalist, Lori has received the Romantic Times Reviewers’ Choice Award, the Holt Medallion, the Booksellers Best, the National Readers’ Choice, and numerous other honors. She lives in Texas, with her husband and a wide assortment of pets. Lori teaches Romance Writing Secrets via the internet through colleges and universities worldwide at www.ed2g.com. Visit her at www.loriwilde.com or @LoriWilde on Twitter or Facebook.