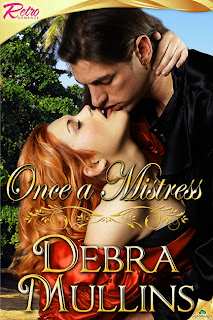 Her love will capture the ultimate treasure—his heart

Diana Covington is a dutiful daughter with a boring future all mapped out for her. A shipping fortune and lush Jamaican estate that will someday be hers, a husband of her father’s choice. Romance and Caribbean adventure exist only in her dreams, in which the Black Spaniard, El Moreno, plays a starring role.

Until she is kidnapped by the evil pirate Marcus, and her girlish fantasies quickly turn to nightmares.

Alex Rawnsley’s dark Spanish looks makes him the perfect choice to take on the identity of El Moreno. His mission is to bring Marcus to justice, but his heart thirsts for blood. Vengeance for his brother’s murder is within his grasp when Diana’s kidnapping throws a hitch in his strategy.

Snatching her from Marcus’s clutches is easy enough, but what to do with her now? He cannot return her home lest she be taken again. He has no choice but to keep the distracting, innocent beauty aboard his ship. In his cabin. In his bed. The temptation to make her his own grows stronger by the hour…but opening his heart to love may forever close the door on his quest for revenge.

Originally published in 1999 by Avon Books

I was so excited when I heard that Samhain was going to launch a Retro line of books from authors that had the rights back to their back lists, I was intrigued.  I wondered what authors and their books would find a home at an e-publisher that had already been in print before.  I’ll be honest though, most of the authors that were signed I had never heard of but that didn’t stop me from reading and reviewing Once a Mistress.  Its the blurb that reeled me in. I’m a sucker for pirates and that time period of the late 1600’s.  Ms. Mullins further reeled me in with her vivid descriptions of the boats, the islands, but most importantly, her characters.

Diana Covington is not your typical heroine for the time period.  In fact, I found her to be much more like a woman from the present.  She is beautiful, spirited, head strong, able to take care of herself and not as naive as you would think.  She was sheltered but once she knew what she wanted, she went for it.  Did it get her in trouble some times?  Yes but that only endeared me more to her and the situation that she was in.  Diana started out a girl with foolish dreams and became the heart of the story very quickly.  She would do anything to get out of an arranged marriage and to prove her father’s innocence.  She wouldn’t take no for an answer from Alex and she came across as his equal partner in both the relationship and circumstance.  Keep in mind that the story is set in the late 1600’s, so you would think that Alex would be a brute about Diana’s head strong thoughts and feelings but instead he embraced them and made him stand up and take notice.

Alex, my Alex…sigh…I’m not even sure where to start with him.  He is a pirate, honorable even but there is so much more to him then meets the eye.  He’s a lover not a fighter but he vows revenge on his brothers killer.  He didn’t anticipate having to rescue a woman from the killer or to want her as bad as he did.  When we first meet Alex, I thought of him as a rogue or a scoundrel.  I couldn’t have been more wrong about a character.  He is loving, tender, funny, honorable and fair with Diana and with his crew.  He fears his attraction to Diana and tries to keep her at arms length but can not resist the temptation any longer.  For me, Alex is one of the most intriguing characters that I have read in a long time.  I never felt confused by his actions or his words.  He was man of word but never felt like he love again or find the woman that would truly steal his heart.  He found her in Diana and it confused him.  Emotions that he had not felt for a long time came to surface and slightly blurred his quest for revenge.

I would be remiss in not telling you about the sea battles.  I really felt like I was on the ship feeling it rock from side to side and hearing the cannons go off.  Ms. Mullins paints a very realistic portrait of the sea and the battles between the two pirates.  The climatic scene between Marcus and Alex was so engaging that I started yelling and cheering in my head and then realized…wait, this is a book.  Her use of imagery and attention to detail is vivid and made me feel the scenes instead of just reading them.

When I was reading, I found myself laughing out loud at some parts in the books.  The secondary characters are fleshed out perfectly and you knew who the villain was from the start.  I was cheering right along with the characters and found the ending perfect.  A couple of scenes will leave you laughing out loud.  The tavern scene is the scene-stealer of the book.  Trust me, read it and try to disagree.  🙂  Once a Mistress is a sensual read, nothing too graphic but worth it.  Alex and Diana’s bedroom scenes are sensual, tender and loving.  The dialogue in the book is rich and layered.  I found myself never wanting the book to end.

I highly, highly recommend Once a Mistress to anyone that loves pirates, a book that you can’t put down for fear that you might miss something and a beautifully written historical that never felt like a historical at all.  Kudos to Ms. Mullins and I’m anticipating her next release from Samhain.  Meanwhile, I’ll be gobbling up her recent releases on her website.

5 Harlies and a highly recommended must read!

8 thoughts on “Once a Mistress by Debra Mullins-review”