Skip to content
Harlie has come to realization that she has to get rid of some books before she moves.  *sigh* Starting today, she will be giving away some of her print books.  Some are new and some are older.  Harlie takes care of her books so they are still pretty new.  Harlie will be giving away books every day for at least a week.  Unfortunately its only open to US only due to mailing.  Today’s features are some Nora Roberts books.  All you have to do is leave me a comment and email.  No email, no winner.  She will leave it open for a couple of days.  Check back every day for new books.  🙂 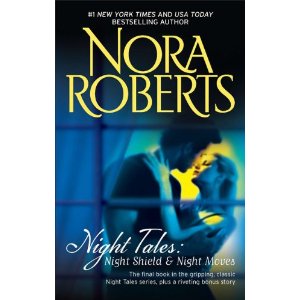 Jonah Blackhawk knew forbidden fruit when he tasted it, and Ally Fletcher definitely fell into that category. The lanky blonde wasn’t just a cop, she was also the police commissioner’s daughter. No matter how sharp or constant Blackhawk’s hunger may be, Ally was off-limits. She needed to finish her case, get out of his club and out of his life, before the memory of their passionate embrace consumed him. Until then, he’d stay away from her and keep to his own world, protected by the cover of night, his Night Shield.

Maggie Fitzgerald had retreated from her fast-paced life, seeking solitude to heal her tattered heart. But if landscaper Cliff Delaney’s rude manner and irresistible sexuality weren’t disturbing enough, now an old murder shattered her peace entirely, imperiling her life and forcing her right into the protective arms of the most irritating man alive! Delaney’s Night Moves were enough to make even the saddest woman smile…but were they also those of a killer? 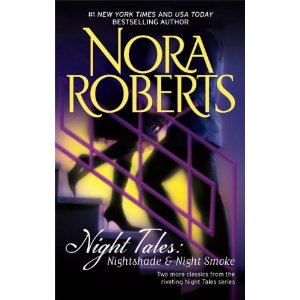 The moment her eyes locked on Colt Nightshade, she knew he was trouble. But Lieutenant Althea Grayson prided herself on being in control, and she wouldn’t let her new partner ruin that. The man was a renegade, no respect for rules—and the worst part was he got to her. The way he challenged Althea’s thinking, stared right into her eyes…and held her in his arms. What defense could her heart have when Nightshade didn’t play fair?

Arson investigator Ryan Piasecki was a man who got the job done no matter what the obstacle…or how beautiful she was. Ambitious executive Natalie Fletcher’s new business was going up in smoke, literally, and she needed Ryan’s help to catch the arsonist. But if he wasn’t careful, the sparks flying between him and this hothouse rose would erupt into a five-alarm blaze—and they’d both be engulfed by the Night Smoke. 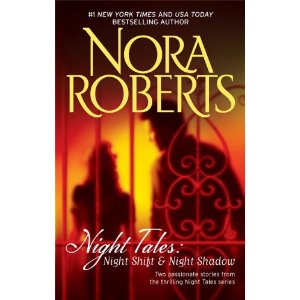 Show More
Show Less
Her voice was like whiskey, smooth and potent, but it was her contradictions that fascinated Detective Boyd Fletcher—the vulnerability beneath her tough-as-nails facade. Late-night radio announcer Cilla O’Roarke was being threatened by a caller, and it was Boyd’s job to protect her no matter what. But the sultry deejay was getting under his skin, and the undeniable attraction that sizzled between them concerned the detective…because anything could happen on the Night Shift
.

They called him Nemesis. He walked the dark alleyways alone, a shadow among shadows—and that’s the way he liked it. Until the night he saved Deborah O’Roarke from an attacker and rediscovered the quiet ache of yearning lodged in his heart. It had been a long time since he had wanted to reach out to someone…. But Deborah was an idealistic prosecutor who played by the rules and abhorred the vigilantism of her mysterious defender. Could she come to love the phantom who lurked in the Night Shadow?