Skip to content
Today’s print giveaway is from M.J. Rose.  These are romantic thrillers and I have book #1 and book #3.  Book #3 is hardcover.  Leave a comment and email.  No email…no prize.﻿ 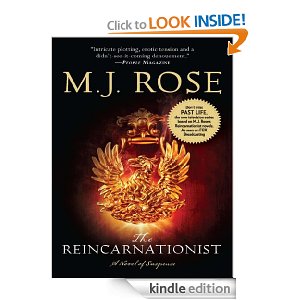 A bomb in Rome, a flash of bluish-white, and photojournalist Josh Ryder’s world explodes. As Josh recovers, thoughts that have the emotion, the intensity, the intimacy of memories invade him. But they are not his. They are ancient…and violent with an urgency he cannot ignore–pulling him to save Sabina…and the treasures she protects. But who is Sabina?

Desperate for answers, Josh turns to the Phoenix Foundation–a research facility that scientifically documents past-life experiences. He is led to an archaeological dig and to Professor Gabriella Chase,who has discovered an ancient, powerful secret that threatens to merge the past with the present.

Haunted by his inability to stop the murder of a beautiful young painter twenty years ago, Lucian Glass keeps his demons at bay through his fascinating work with the FBI’s Art Crime Team. Investigating a crazed collector who’s begun destroying prized masterworks, Glass is thrust into a bizarre hostage negotiation that takes him undercover at the Phoenix Foundation—dedicated to the science of past-life study. There, to maintain his cover, he submits to the treatment of a hypnotist. 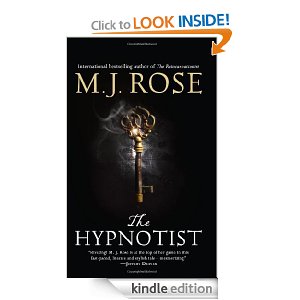