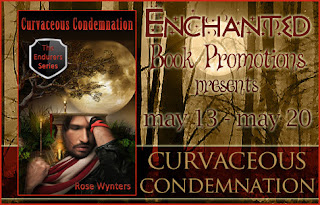 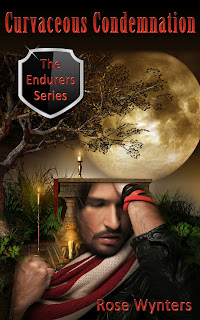 Death. Pain. Tragedy.
For Endurer Vincent Chavalerio, immortality has brought nothing but torment and misery. Cursed to forever watch the women he loves die painfully, he’s determined to finally put an end to it all, and his own existence as well.
Plus-sized Scarlett Hamilton is desperate to learn how to live again after the death of her fiance, Niles. One day, she feels compelled to purchase a historic mansion in New Orleans. Little does she know, there is already someone living within the walls, and a gateway to Hell in the backyard.
The demon that cursed him won’t release Vincent, even if it means the destruction of an entire city. Scarlett soon discovers an erotic passion in the immortal’s arms, but he’s still determined to let her go.
Will he move past his grief and indifference enough to recognize what’s waiting right in front of him?

Learn More About Vincent as I Interview Him:

Liberty Ann:  Hello Vincent and welcome to Harlie’s Books.  We were so pleased you had time to come by.

Liberty Ann:  So can you tell us your full name?

Vincent:  My name is Vincent Chavalerio.

Liberty Ann:  That sounds very sexy, very Italian.  Can you tell us a little of what your life was like growing up?

Vincent:  Yes. *tight smile*  I grew up in Venice, with a loving, doting mother. My father was a completely different story. It was not uncommon for men of that time to be harsh and exacting. My father fit the mold. Then the plague came. I lost everything, including my freedom and the right to love.

Liberty Ann:  I am so sorry to hear that!  It must have been quite difficult for you.

Liberty Ann:  For our readers at home, how would you describe your appearance?

Liberty Ann:  *clears her throat nervously* I would have to agree with that assessment. *turns her head and discretely fans herself*

Liberty Ann:  *pulls herself together* Ah, tell us a little about where you live Vincent.

Vincent:  I live in the mansion that was personally designed by me in the 1800’s. Unfortunately, I’ve been having to hide out in the safe room, all due to Arch selling my home while I was in stasis. Thanks a lot, Arch. You’re a real pal.

Liberty Ann:  Oh dear!  Who is Arch?  One of your friends? Who, would you say, are your closest friends?

Vincent:  Peter and I used to be very close. Peter is also known as Peter the Priest, although I’ve heard many women refer to him as Peter the Playboy. Of course, we didn’t see each other for two hundred years while I was in stasis.

Liberty Ann:  I see.  Now if I asked you to describe yourself in three words, what would you choose?

Vincent:  I can love nobody, due to the demon that cursed me.

Liberty Ann:  Oh no Vincent!  That just seems like a waste-er I mean that is too bad.  What would you change about yourself if you could?

Vincent: I’m a bit of a workaholic.

Liberty Ann:  Okay last question and it’s kinda fun.  If I gave you a box with three items: a Bungee cord, Nutella, and a Lolly Pop, what would you do?

Vincent:  Laugh, and then mischeviously plot how to use the Bungee cord and Nutella as I pop the sucker in my mouth. Did you know? I recently discovered a very interesting use for marshmallow crème.

Liberty Ann:  Why Vincent, I do believe you have a wicked sense of humor. *grin*  Thanks so much for stopping by to talk to me.  I have thoroughly enjoyed getting to know you better and look forward to seeing more of you in the future!

Well there you have it folks…Vincent Chavalerio from Curvaceous Condemnation in The Endurer series!

“Veronique? They have names?”

“Yes, but don’t ever use their names. Ever. When a human uses their name, it
makes them more powerful. It’s almost like worship to them, and worship gives
them strength. An Endurer has protection against this, but you don’t. Never
speak it, even if you know it.”

“Okay,” she replied. “You won’t have to tell me twice. How do you know her name?”

It was a question he had no intention of answering, at least not now. He wanted to bed her, badly. The last thing he needed to mention was women had died because of him. Somehow, he didn’t think that would help his cause. “It doesn’t matter. What does matter is freeing you from the curse.”

She remembered her parents and gasped, eyes widening with horror. “My mom and dad are coming for an overnight visit Saturday. What am I going to do?”

“Try to cancel. If you can’t, we’ll work around it. Who knows? Maybe we will have the curse broke by then.” He doubted it, but kept his doubts to himself.
Where was Arch when you really needed him?

“I’m going to call a priest in to bless the house. Maybe he can shed some light on the situation,” Vincent continued gruffly. He was going to keep a better eye on her from here on out, no more midnight raids on her refrigerator unless she was with him.

His stomach rumbled at the thought of her cooking. The woman could cook like nobody’s business, and the leftovers were heavenly. His metabolism was extremely high due to the constant renewing of his body, and it gave him an
extraordinarily high appetite.

The sound drew her attention, and she stared at him, as he blushed in
embarrassment. “Nice to know you really are human,” she said with a small
smile. “At least now I know what’s been happening to my leftovers.”

“Sorry,” he replied sheepishly. “They were delicious.”

She felt strangely pleased that he liked her cooking. It was flattering. She
was sure in his lifetime he’d had all types of food, but he enjoyed hers. “Well
then, I guess I’ll be going to the store more often,” she said smiling, feeling
the blush spreading across her cheeks.

Her arms began to ache, and she looked down to see what was wrong. In the light, she could see the dark purple bruises marring the paleness of her skin.  They seemed to worsen by the minute.

He saw them too and growled. Moving quickly, he knelt in the floor in front of her, noting each and every purple spot. “The demon hurt you,” he said softly,
but she could hear the anger in his tone. “For that, he will painfully die.”

Suddenly his mood changed. Slowly, he raised his head, his heated eyes meeting her dazed ones. He held her gaze for a moment before leaning forward and kissing each bruise.

He could sense it with his supernatural senses. He gave her a smile full of sexual promise. “I want to make love with you, Scarlett. Will you allow me?”

I’ve always had a love of romance. As a writer, I enjoy creating exciting plots where the stakes are high, in and out of bed. Love should be exciting!When not writing and letting the Endurers pillage my mind, I enjoy traveling, camping, and spending time outdoors. There are so many fun things to do out there that it’s hard to narrow it down. I love seeing new places, meeting new people, and living life to the fullest. 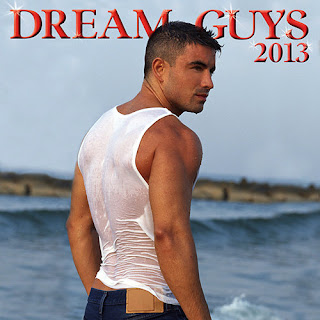