Lindsey will be awarding a $10 Amazon GC to a randomly drawn commenter during the tour.

Encourage your readers to follow the tour and comment; the more they comment, the better their chances of winning. The tour dates can be found here:

After countless attempts to speak with the owner of the retreat for troubled teens she runs on the outskirts of Lone Tree, Montana, Caitlin Myers resorts to kidnapping Brandon ‘The Ogre of Lone Tree’ Barnes in a desperate attempt to change his mind about turning Stoney Brook into a vacation resort for the wealthy.

Retired rodeo star, Dalton Barnes, gets the surprise of his life when he’s abducted by a soft-spoken female with a ‘gun’ and taken to the retreat his family owns. He soon learns she’s kidnapped the wrong cowboy by mistake. She wanted his brother. Things go from bad to worse when a late spring snowstorm strands them together at the cabin. But it’s during their snow-in that Dalton learns why Caitlin has gone to such lengths to save Stoney Brook. Having had issues with his older brother himself and a not so happy past, Dalton promises to do what he can to help her.

When confronted Brandon tells Dalton he’ll hold off on his plans for the retreat, but only if Dalton agrees to stick around and help run it. Keeping his promise to Caitlin, Dalton agrees and what starts out as a common goal to turn the troubled teens’ lives around that summer ends up turning theirs around as well. Can a man who has always avoided putting down roots and a woman with a deep-seated fear of abandonment hang on to the happiness they’ve found together? Or will the past return to threaten their newfound love?

Love, laughter and a heartwarming read…

Dalton Barnes froze, one leg hiked up on the chrome running board of his brother’s truck, one hand curled snugly about the open door.  Being held up on the main street of Lone Tree, Montana, where crime was virtually nonexistent, was the last thing he expected to happen when he’d driven into town that evening for a couple of drinks.

No, make that being held up by a woman on the main street of Lone Tree.

“All right,” he said in the same calming tone he used when working with horses, “I won’t.”

If his assailant were a man he might have attempted to wrestle the gun away.  Instead, it was a female jabbing the barrel of her weapon into his back.  A nervous female at that if the trembling of her hand was any indication.  Not a good combination.

“Good.”  Her voice shook as much as her hand.

“If you’re after money, there’s about fifty bucks in my wallet.”

She let out what could only be described as an unladylike snort.  “That’s all?”

“Look,” he said, his patience slipping, “I can get more.  There’s an ATM machine across the street.  We can just take a walk on over there and I’ll get you whatever you need.”  He started to turn.

The barrel felt like a tree trunk pressing into his back. “I won’t,” he said, throwing up his hands.  “Just take it easy.”

“I don’t want your money,” she replied, sounding more shaken than he felt and that was saying a lot, considering he was the one with a gun barrel rammed into the center of his back.  “I want you.”

Okay, now that was unexpected.

This book had me howling it was so funny.  Between the kidnapping, dialogue and relationship between Dalton and Caitlin, I couldn’t put the book down.  Caitlin was a feisty one, wasn’t she?  Who wouldn’t be when the one place on earth that made her feel safe and loved was being turned into a resort?

Enter the kidnapping of the wrong brother, Dalton.  Dalton, ex-rodeo star, brother to the owner of Camp Stoney Brook and beneath all that blunder is a heart of gold.  He only wants best for everyone but unfortunately, he has to go to his older brother, Brandon.  Dalton and Brandon have a strained relationship as it is, so for Dalton to go to  Brandon for help is a biggie.

I could not help but feel for both Dalton and Caitlin.  This book was a lot more about the humor and situations but redemption and reconciliation.  Reconciliation between brothers and redemption for the kids that are at the camp.

I would be remiss not to mention the kids at the camp.  Each kid had a story to tell and it touched my heart.  In my opinion, the camp is the heart and soul of the book.  Everything hinges on the camp and in the end, Caitlin and Dalton’s relationship begins with those kids.  Caitlin was one of those kids at time in her life and made her into the woman that she is today.

Overall, I can not recommend highly Kidnapped Cowboy for the humor, emotions and the great feeling that the book left me.  I’m giggling over it and sighing at the romance between Caitlin and Dalton.  Bring on Brandon’s story.  He needs someone, too.  🙂 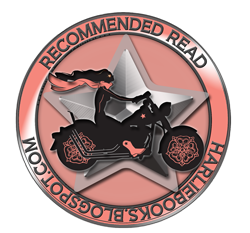 Romance author Lindsey Brookes grew up reading romance novels. She penned her first romance, a historical, at the age of seventeen. From there she went on to join Romance Writers of America where she learned the ins and outs of the publishing business and ways to hone her craft. She switched to writing contemporary romance and has finalled in/or won more than 75 RWA chapter sponsored contests with over a dozen different manuscripts. She is also a four time RWA Golden Heart finalist as well as a past American Title III finalist and winner of Harlequin’s Great American Romance Novel contest. She’s married to her childhood sweetheart, her hero, with whom she has two beautiful daughters.

Check out her websites: