Skip to content
Today Harlie is giving away 3 Joan Johnston print books.  Leave a comment and an email.  No email…no prize.  I have read all three of these books and they are sexy, intense and emotional. 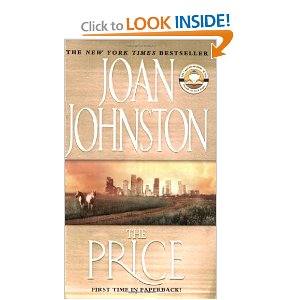 New York Times bestselling author Joan Johnston tells an impassioned story of love and danger, ambition and family that features a man who has turned his back on his family’s ranch to pursue his fortune as an attorney at Houston’s most powerful law firm.

Even though the stress and the punishing hours of his job as a litigation associate have cost him his marriage and quality time with his two young daughters, Luke Creed remains fiercely driven. When Luke takes on the defense of a pharmaceutical company in an explosive wrongful death suit, he is surprised to square off against Amy Hazeltine Nash, his high school sweetheart. A single mother recovering from a failed marriage, Amy is a passionate advocate for her bereaved client and is shocked that once-rebellious Luke is now representing corporate interests. But Amy cannot deny her rekindled feelings for Luke.

Concerned that his client may be lying, Luke investigates the case more closely, which means spending more time with Amy. When one of Luke’s colleagues dies under suspicious circumstances, he finds he is in danger of losing not only the case, but his life. With help from Amy, Luke delves into a dangerous web of corruption that involves his client and his firm.

From the towering skyscrapers of Houston to the majestic plains of south Texas ranch country, The Price explores the questions of what is truly important in life and how high a price a person is willing to pay to achieve his or her ambitions. 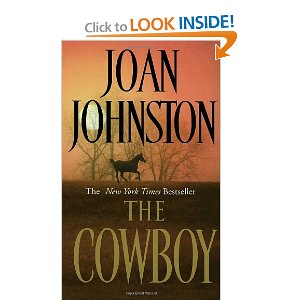 Trace Blackthorne was taught from the cradle to take what he wanted. And he wanted Callie Creed. Eleven years ago, the feud between their families had torn them apart. But now Trace has come home, a ruthless hard-eyed stranger, making her an offer she couldn’t refuse: marry him and save her struggling family from financial ruin. But the secrets of the past return to haunt them. And Callie is once again compelled to make an impossible choice—between the family who desperately needs her and the only man she has ever loved. 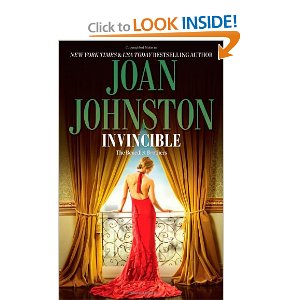 Bella Benedict’s five grown children are scattered around the world like a handful of precious jewels. Now she’s dying and she has one last, secret wish. To bring her children home. And to give them what she once had: a marriage of passion.

Wealthy playboy Max Benedict has no interest in long-term commitment. He had his heart broken once and that was enough. Instead, he travels the world, working as a sometime spy for the CIA. When he’s asked to investigate a foreign threat against the president, he doesn’t think twice about accepting—until he hears who he’ll be working with in London.

FBI Special Agent Kristin Lassiter is under investigation and on the verge of losing everything—her savings, her job, her beloved father. So when Bella Benedict approaches her with the offer to pay her mounting debts, she’s tempted to accept. But there’s a catch—a big one. Bella wants Kristin to win the heart of her son Max, the very man who destroyed Kristin years ago. A man unaware he fathered her nine-year-old daughter. If Kristin succeeds, she’ll get the money she needs—and the priceless Blackthorne rubies Bella has offered to sweeten the deal. The only problem is, can she win Max’s heart without falling back in love with him?