Yep, we are turning the reins over to Amber Lea Easton with her views on the differences between Romance and Erotica.  May be enlightening!

Thanks for having me on Harlie’s Books during my tour of ‘Reckless Endangerment’. I think I visited before when I was touring with ‘Kiss Me Slowly’, but that was over a year and two releases ago. Good to be back! For my guest post today, I thought I’d shed some light on the differences between romance and erotica novels.

With the fame of 50 Shades of Grey came a whole lot of people lumping all romance novels into the erotica category.  But that’s not a valid assessment.  When I tell people I write romantic suspense, they immediately bring up Shades.  That really annoys me—no offense to erotica, at all, but that’s not what I write.

So what is the difference?  Is it the language used, the amount or intensity of sex scenes?  Number of sex partners? The difference between gratuitous sex versus natural evolution of character development? What?!?!

The romance genre covers all spectrums these days—from sweet romance where sex scenes are few if at all to steamy romance where the scenes are graphic but always between a man/woman to erotica where anything goes.

As a romantic suspense author who categorizes my novels as steamy rather than erotic, I use the sex scenes as a natural evolution of the story.  I make it known that I write adult content; because of that, I assume anyone reading my work isn’t shy.  My characters are en-route to falling in love—or are already there—and the sex scenes come after a whole lotta sexual tension has been built up.  I actually love writing sexual tension, keeping them from satisfaction as long as possible, so that when the big moment comes it’s VA-VOOM rather than just another scene.  I want the audience craving it as much as my characters.

Will I ever write erotica? Doubtful, but who knows?  I love a sexy scene as much as anyone and can see my characters diving into some funky stuff, but I’m not sure it will ever be enough to qualify as erotica.  Only time will tell, though. I’m usually surprised at where my characters lead me. 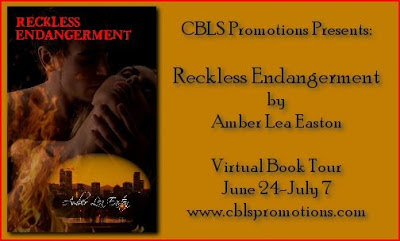 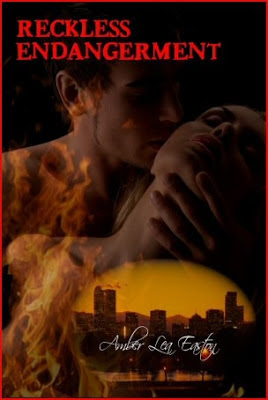 Heroes come in many forms–soldiers who fall and rise, ordinary people doing extraordinary things, women who battle for their marriage, reporters who fight for truth and justice, and men who put it all on the line for the women they love.

Colonel Michael Cedars is a decorated war hero returning home from Afghanistan. Wounded, unsure if he’ll walk again, he’s not sure how he fits in civilian life, and he definitely questions if he wants to remain married to the feisty redhead, Hope Shane.

Hope’s never been one to play it safe. She met the Colonel while working as a war correspondent, fell in love with the man in uniform, watched him get blown up, and isn’t willing to give up on him now.

Back in Denver, Colorado, she’s working as an investigative reporter who becomes entangled in a human trafficking story. As the danger of her story intensifies, Hope and Michael are tested more than they ever imagined. Will Michael be able to see beyond what he’s lost to embrace what remains? Is he still the man she married or has he become a liability that could get her killed? Is he still the hero she claims him to be? Will her reckless pursuit of justice endanger the life they’ve pieced together?

Amber Lea Easton is a multi-published fiction and nonfiction author. For twenty years, she’s worked in the fields of journalism and advertising with a brief detour into the financial industry.

Although she holds a BA in Communications & Journalism, she is a perpetual student of life who enjoys taking classes on a wide variety of subjects when time allows.

Smart is sexy, according to Easton, which is why she writes about strong female characters who have their flaws and challenges but ultimately persevere. She currently has three romantic suspense novels out in the world, Kiss Me Slowly, Riptide and Reckless Endangerment, with three more slated for publication in 2013.

In addition to fiction writing, Easton also edits and freelances. She also speaks on subjects ranging from writing to widowhood. Some of her videos on romance writing have appeared on the international Writers & Authors television network. Current radio appearances are linked via this site and her blog Kisses, Caresses & Whispers in the Night.

Easton currently lives with her two teenagers in the Colorado Rocky Mountains where she gives thanks daily for the gorgeous view outside her window. She finds inspiration from traveling, the people she meets, nature and life’s twists and turns. At the end of the day, as long as she’s writing, she considers herself to be simply “a lucky lady liv’n the dream.”

7 thoughts on “Is Romance it or Erotica? by Amber Lea Easton, author of Reckless Endangerment (Guest Post/Promo/Giveaway)”