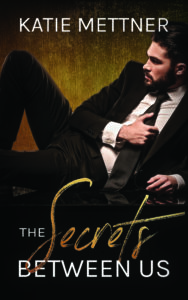 The Secrets Between Us

Of three things I was certain…

Mercy was exquisite in the most devastatingly broken way.

I didn’t know how to love, but for the first time in my life, I wanted to try.

The secrets between us could tear us apart forever.

I wouldn’t let that happen.

“I came by to apologize,” he said, relaxing back in the chair like he owned the place.

“For?” I asked, sitting across from him in the other club chair.

“For being rude the other night,” he answered. “I’ve found myself in a bit of a surly mood lately and I apologize if I took it out on you.”

I bit my lower lip and tipped my head to the right. “Same, actually. Truce?” I asked, sticking out my left hand.

He leaned forward and shook it, somewhat awkwardly. “Truce.”

“Great, how about a drink then?” I asked before I thought too hard about it.

“I could definitely use one,” he agreed. “What do you have?”

His brow went up. “Clearly, you like the boys. I guess I don’t have to worry about you being a lesbian.”

A smirk lifted one side of my lips. “I’m strictly dickly.” I stood and walked to the kitchen door. “Now, who will it be?”

“Jack and Coke?” he ordered, and I walked off to the kitchen nodding.

“Be right back,” I said over my shoulder.

Once alone in the kitchen I blew out a long, slow, unsteady breath. The fact that I had a man in my living room was unnerving. The fact that it was him was terrifying. And, strictly dickly? Did I say that?

Welcome Katie Mettner! Please start off by telling us a little about yourself.

Thank you for hosting me and The Secrets Between Us on your blog today! My name is Katie Mettner and I live in a little house on the lake in Northern Wisconsin. I’m a wife for nineteen years and a mother of three teenagers. I have one very special lizard, Leroy Jethro Gibbs. I am a left leg amputee and love picking a new pattern or design for my prosthesis when I get a new one! My current leg is black carbon fiber with rainbow music notes and staffs. I’ve been writing for eight years and just finished my 42nd book!

Is The Secrets Between Us a single title, or part of a series?

Right now it’s a stand-alone. I am tossing around writing a second book about his brother, Caleb. I thought I would wait and see what the readers thought about that before I did. 😊

I wrote The Secrets Between Us based on a writing prompt that read, “A rich guy goes off and hides in a place that would be totally out of character for him.” I then happened to see a stock photo of a guy in a trapper hat and the whole story fell into place. I had to put a billionaire CEO into a fishing camp in the middle of North Dakota just to see what happened.

Please share your setting for The Secrets Between Us. Have you ever lived or visited there? If so, what did you like most?

I’ve always loved to write, but I didn’t get the true bug until after I published my first novel, Sugar’s Dance. I always intended that to be my first and last novel (Which is why it’s so long!) I never expected to be sitting here having just finished my 42nd book in eight years. I would say that’s the true definition of the writing bug.

My favorite authors are Lisa Regan and any of her books. Dana Mason and her series. I’m unashamed to admit that I love Janet Evanovich and her Stephanie Plum series. Even if they are repetitive blah blah, they make me laugh. I also love anything by Jill Shalvis. I read a ton of indie authors more than I read the big names. I feel like we know what we are getting with the Big 5. I’m always out there looking for the unsung writers with great stories to tell.

I have three kids and one in college, so my spare time is limited. Usually, I’m at a band concert, marching band game, or vocal concert. When I’m home I love to bake cakes, crochet and read, of course! I also love watching old shows like Chuck and How I Met Your Mother. I may know how the series ended, but when I watch them a second time, I’m always catching that ‘Aha’ moment so much sooner. Kind of the same way it happens in books when you reread them.

Before I was married, about 20 years ago, I was living in Wisconsin on a large chain of lakes. I took my dog for a walk down to the lake and laying on our dock was a mountain lion. Not a lynx or a bobcat, but a flipping mountain lion! It was just laying there sunning itself like it wasn’t in the entirely wrong part of the country! I had to grab my dog and back up the hill slowly so we didn’t catch it’s attention. People see them more around here on their trail cams now, but back then, that was one strange sight on a Monday morning!

Write to write, don’t write to make money. If you’re writing for the sole purpose of making money you’re going to be disappointed. If you’re writing to tell a story somewhere deep inside you, and you don’t care if it hits #200 or #1, then you’re doing it for the right reasons. Follow your heart and write on. You’ll find what you’re looking for if you stay true to the reason you’re doing it.

Yall, this book.  I cried.  Not an ugly cry but it did make me cry.  This book is about redemption, the forgiveness of one’s self and learning how to love again.   Plus, learning how to love yourself again, regardless of how life has treated you in the past.  These two had a lot of baggage to overcome to even think about having a real relationship with each other and in the end, their HEA is hard-fought and heartfelt.  These two had me at the beginning and never let me go.

Hayes is a very flawed but humble character.  He knows his flaws and why the way he is and doesn’t really know how to get out of it.  That is until he meets Mercy.  He wants to be better, trys to do better but in the end, he’s human and makes mistakes.  Near the end of the book when he is laying it out for her, my heart grows so full from the emotion that he poured out of his heart.  I never thought he was wrong in the way he treated Mercy in the end but he needed to realize that he could love someone and indeed fell in love with Mercy.

Mercy is a heroine that I just wanted to give a big hug to and say, it is NOT your fault.  It’s not your fault.  Feeling like she is unworthy of love from anyone, she had to realize that Hayes wasn’t just there for a good time.  Ms. Mettner took her time with Mercy throughout the book revealing her backstory, bit by bit when it needed to explain why Mercy would shrink back from Hayes at times.  I never pitied her either.  In fact, I never realize that she was an amputee until it was brought up by Hayes.

This book deals with some very heavy issues:  domestic abuse and murder.  Ms. Mettner never goes too dark with the subject matter but instead treats it like its a fact of life for Hayes and Mercy.  They that Hayes and Mercy deal with it are completely different but the need to get past it is a long hard road.  The emotions that are wrung from their conversations are wrenching but also cleansing.  I never pitied either one of them for their actions and completely understood them in the end.

Ms. Mettner is a new to me author that I can’t wait to read again.  The secondary characters are few but Caleb, Ange, and Mr. Bolling are great.  They not only enhance the main characters but add to some of the crucial plot points in the end.  Beast is hilarious, too.  While this is a billionaire type book, Hayes is not a douche.  He’s a real person with real feelings, finally, and doesn’t know how to act.  Loyal and faithful to his family and in the end Mercy.

Do yourself a favor and pick this gem up.  I dare you not to cry in parts.  The dialogue between Hayes and Mercy is HILARIOUS!!  (see above excerpt and that’s just a snippet)  The love scenes are emotional and spicy but nothing too hawt.  Ms. Mettner has written a book that I will definitely read again.  And yes, a Caleb book would be good.  He can’t be all that happy all the time.  LOL! 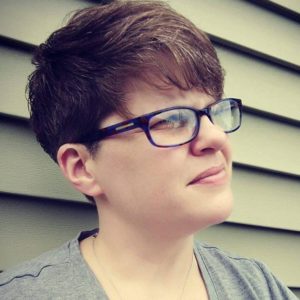 Katie Mettner writes small-town romantic tales filled with epic love stories and happily-ever-afters. She proudly wears the title of, ‘only person to lose her leg after falling down the bunny hill,’ and loves decorating her prosthetic with the latest fashion trends. She lives in Northern Wisconsin with her own happily-ever-after and three mini-me’s. Katie has a massive addiction to coffee and Twitter, and a lessening aversion to Pinterest— now that she’s quit trying to make the things she pins.

Katie Mettner will be awarding a $10 Amazon or Barnes and Noble GC to a randomly drawn winner via rafflecopter during the tour.

10 thoughts on “Interview & #Review of The Secrets Between Us by Katie Mettner w/a rafflecopter giveaway! #contemporaryromance @KatieMettner”