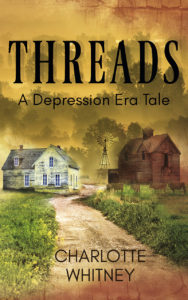 It’s a boring, hardscrabble life for three sisters growing up on a Michigan farm during the throes of the Great Depression.  But when young Nellie, digging for pirate treasure, discovers the tiny hand of a dead baby, rumors begin to fly.  Narrated by Nellie and her two older sisters, the story follows the girls as they encounter a patchwork of threatening circumstances and decide to solve the mystery.

When I woke up this morning the first thing I thought of was that baby. What a dark, scary place for a baby to be buried. So alone, away from everyone. Where were its parents? Babies need to be held and cuddled and kept warm. Even dead babies need to be buried in the churchyard with purty flowers, not off in the cold, dark backwoods.

I keep thinking ’bout the Preston’s baby girl, such a sweet baby. I held her once when Mrs. Preston was sitting beside me on the davenport. The baby kept sleeping, then blew a little bubble and later I could feel her little fart that warn’t stinky at all. All the time she jist kept sleeping. When she finally woke up and fussed, Mrs. Preston picked her up and jiggled her and talked baby talk to her so she quit fussing. That’s how babies are posta be treated.

But thinking ’bout the Prestons made me sad, too. They lost their farm and had to move away to Mrs. Preston’s parents’ place in Indiana. Ma said we might never see them again. Ma and Mrs. Preston both cried when we said goodbye. Pa and Mr. Preston shook hands and Pa bit his lip. I’d only seen him do that once before, at my grandpa’s funeral.

Welcome, Charlotte Whitney.  Please start off by telling us a little about yourself.

I grew up in Michigan on a small, family farm, much like the setting of THREADS:  A Depression Era Tale.  It was both idyllic and boring, with too few neighbor children for playmates and too much work.  Back then children were expected to feed the pigs, collect and wash eggs, help with the hay, and work in the garden.  This wasn’t child exploitation; it simply was the way things were and it helped me develop a good work ethic that still carries over today.  After receiving undergraduate and graduate degrees in English, I worked at the University of Michigan for several years.  Currently, I’m living in Arizona and writing full-time. In addition to reading, my passions include bicycling, swimming, hiking, and yoga. Most desired meal: an Indonesian Rice Tafel in Amsterdam.  Guilty pleasure: tiramisu at any Italian restaurant with a reputation for good desserts.

Is THREADS a single title, or part of a series?

THREADS: A Depression Era Tale is a single title.  In fact, a short epilogue at the end brings you up-to-date with the three main characters, forty years later.  My next book, a single title, is also set on a depression-era farm, with three entirely new characters.  It’s working title is VEILS:  A Depression-Era Tale.

My grandparents had three daughters that they raised during the Depression, but my grandmother didn’t like to talk about the “Hard Times.” Once, when I asked her about it, she replied, “We were very, very lucky.  We only went hungry for a year.”  Even though I was a child, that left me with a chill.  I simply couldn’t imagine being hungry for a year, and they were farmers who had dairy cows, chickens, pigs, and a huge garden.  Prices for farm products had fallen so low that they had to sell food that they had intended to eat in order to pay the taxes and mortgage.  Years later, I decided to use their farm as the setting for this novel.

When I read LITTLE WOMEN I identified with Jo and wanted to go up to the garret and write books. I’m not even sure I knew what a garret was back then, but it appealed to me anyway.  Jo was kind of a tomboy, and living on a farm I, too, had those tendencies. I suspect she was my first female role model.

I love to travel.  One of the most interesting places I’ve been is the ancient city of Petra in Jordan.  It’s actually carved out of rock. You can’t drive through it with a motorized vehicle.  You either arrive by foot or on horseback, making it even more special.

Third, is Machu Picchu in Peru, a fifteenth-century Incan citadel high in the Andes of Peru. You’ve seen pictures of it, and it’s just as breathtaking as the photos.

All of these, of course, would make terrific settings for a historical novel.

I participated in a Native American ceremony, a sweat lodge that lasted several hours longer than usual.  It was a special healing ritual for a woman who had recently been diagnosed with breast cancer.  The Native healer, during the course of the ceremony, put hot rocks on the woman’s breast, to draw out the sickness. I felt like I was in a sleep-like trance—no wincing seeing the hot rocks held against her tender breast. I just observed it.  Afterward we had a common meal but all of us were either still in a dream state or too exhausted to talk much.  At the next sweat lodge ceremony six months later, she came and I asked her about the tumor.  She had not sought traditional treatment (chemo or radiation) but the scans indicated that it had totally disappeared.

Even though writing is a solitary task, you can’t do it alone.  You need to find a good developmental editor, beta readers, copy editors, and proofreaders.  I am a compulsive editor, but I read right over typos, repeated words, misspellings, and improper punctuation.  These need not all be paid professionals.  Probably within your own circle are several people who have these skills.

I love to hear from my readers.  Tell me what you loved and what you hated about the book. Visit my website and sign up for my free newsletter. 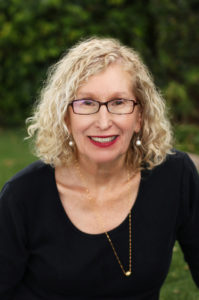 Charlotte Whitney grew up in Michigan and spent much of her career at the University of Michigan directing internship and living-learning programs. She started out writing non-fiction while at the University and switched to romance with I DREAM IN WHITE. A passion for history inspired her to write THREADS A Depression Era Tale chronicling the stories of three sisters on a farm during the throes of the Great Depression. She lives in Arizona, where she loves hiking, bicycling, swimming, and practicing yoga.

Charlotte Whitney will be awarding a $50 Amazon or Barnes and Noble GC to a randomly drawn winner via rafflecopter during the tour.