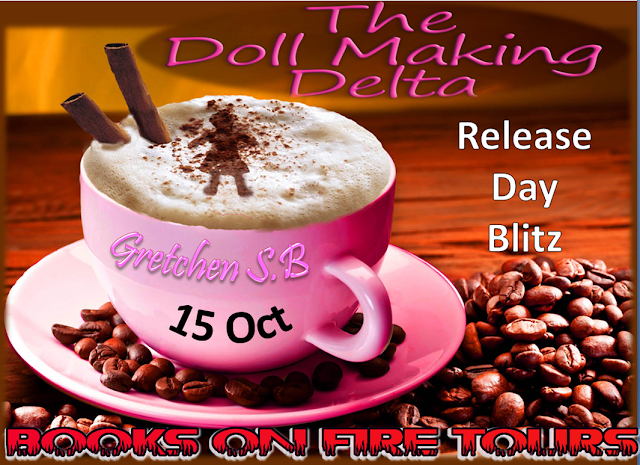 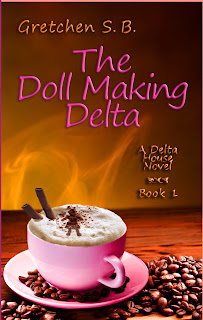 Reneé Edward has a lot on her plate. She took over as President of the Reneé-Gal company from her father a few months
ago. Just in time for a merger with a new parent company. As if that timing was not bad enough she finds out several Junior Executives have been ruining the
merger from within.

Just as she is scrambling to pick up the pieces, Ruben Blackthorne strolls into her life. He is sexy, tall and clearly into her. Though she is excited about this new development in her love life Reneé finds it a little hard to juggle the new addition. As everything in her life finally seems to fall into place for the first time in almost a year Reneé finds herself confused as Ruben begins to pull away. Had she imagined their connection? Were things moving too fast? Lost and confused, at least she has her family and her fellow Deltas to get her through.

That is until everything takes another unexpected turn.

Excerpt
“Okay, sip and spill. What kept you away for
the better part of a week?” Naomi asked before tipping her cup to her
mouth.
Sighing Reneé unwrapped her sandwich. “You
remember how Uncle James and I couldn’t figure out why there were all these
hang ups with the negotiations right?”
Naomi’s eyes grew cautious and narrowed as she
nodded over her mug.
“Well as it turns out three of our junior board
members were sending emails sabotaging the merger. They claimed I was holding
on to information to sweeten the deal for our side. They also said that they
could, with help, oust me and make a more agreeable deal.”
Naomi’s eyes widened as she set down her mug.
“Wait, what? Isn’t that illegal or something? Are you going to sue them?
Can you save the deal? How did you find out?”
The shocked disbelieve from her friend made Reneé
feel better. It made her feel like she wasn’t losing her mind to have someone
as upset as she was. Uncle James had seemed more downtrodden than upset.
“One of their assistants got wind of what was
going on and clued in Debbie. You know how she gets about finding information.
She found the email correspondence between these guys and our soon to be parent
company. When Debbie showed the emails to Uncle James and I we fired them. As
for suing, I don’t know. Our lawyers are handling it.
We think the deal may be salvageable but they are
sending in one of their acquisitions and negotiations guys to do the rest in
person. That way there can be no mistakes. Uncle James is all for this. He says
the guy they are sending is the same one that approached him and Dad years ago.
That he is a trustworthy guy. I still don’t know. While I appreciate that they
still want to negotiate it almost feels like I am being chastised for not
having a better handle on the board.” Some of the stress crept back in as
Reneé finished.
Smiling sympathetically, Naomi reached across the
counter to squeeze her hand. “I’m sorry you have to deal with all this.
But it is going to get easier right? I mean once this thing goes though your
load will be lighter. There are maybe six months left, yes a hard six months
but there is light at the end of the tunnel.” She gave another squeeze
before letting go and grabbing her cup again. “Now eat your
sandwich!”
Rolling her eyes Reneé complied, knowing full well
Naomi wouldn’t let her talk again until at least half the sandwich was gone.
They sat in a companionable silence for several minutes
when the bell above the door rang several times. When one particular time Reneé
saw Naomi’s face light up she turned to see who entered. Then it was like she
stopped breathing.
He was tall, maybe six-three and gorgeous. He had
shaggy light brown hair, a sharp nose and jaw. As well as the palest blue eyes
Reneé had ever seen. The mystery guy had one of those lithe builds that suited
the jeans and t-shirt he wore as well as the guitar case strapped to his back.
Reneé made herself start breathing again as he came
to stand next to her, beaming at Naomi.

Gretchen is a Seattleite who loves her home. She has a day job as a Program Coordinator at a local university. She is a struggling Indie Author, struggling as in she is trying to make her living writing books. She loves to read, write and create characters. As well as knit and binge watch Netflix. She is also on a sporadic book blog and internet radio show with some of her college friends. She currently lives with her husband and their mischievous Rotti mix, who always seems to find something new she shouldn’t be chewing on.

MORE BOOKS FROM THIS AUTHOR 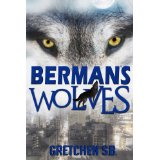 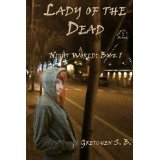 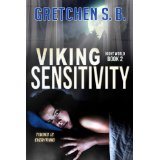 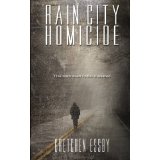 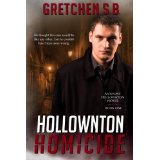 Image by Cool Text: Logo and Button Generator – Create Your Own Logo