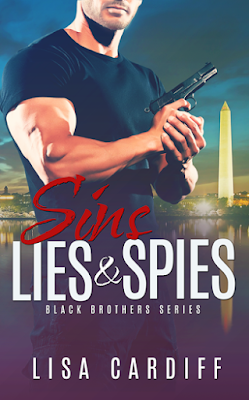 SINS LIES & SPIES by Lisa Cardiff
Black Brothers Series #2
Genre: Romantic Suspense
Publisher: Limitless Publishing
– SYNOPSIS –
Knox Black is no stranger to secrets…
As the head of a private military company, specializing in intelligence gathering, he’s more than familiar with political corruption and secrets worth killing for.
He has one objective on his current mission…
Knox must uncover the mastermind orchestrating the blackmail scheme swaying votes in Congress. It was supposed to be easy. After all, nothing fazes him, until he faces off with Trinity Jones, a member of a rival company.
Knox is determined to flip Trinity’s loyalties and use her to his advantage, but there’s one problem­—he can’t keep her out of his head, or his heart.
As the tangled web of secrets behind the blackmail scheme unravel, Trinity is unwittingly thrust into the center of it. With her life on the line, Knox will to have to decide what is more important…
His mission?
Or the woman who stole his heart? 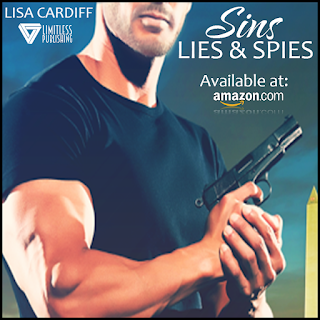 “Jones,” Knox taunted, drawing out my last name. “Are you going to take this or are you wrestling with the ethics of stealing my work?”
Without dropping my gun, I grabbed it with my free hand, but he didn’t release it. Locked in a silent battle, I heard Representative Lang’s scratchy voice outside the office door. My head whipped to the side. Dammit! I hadn’t fully closed the door.
What is wrong with me tonight? I’m not thinking clearly.
Knox closed the space between us, his face mere inches from mine and one side of his mouth hooked upward. A jolt of electricity arced between us. My blood felt like lava in my veins. He angled his head toward the cracked door. “An amateur mistake, don’t you think?”
“Fuck you,” I whispered, but I could hardly hear my words over the frantic swoosh of blood through my ears. My carefully crafted plans were going to blow up in my face. If I lowered my gun, Knox could take advantage of the moment and walk out of here with the memory stick. If I kept my gun aimed at Knox, I’d end up spending the night in jail, and I’d have to call Miles for bail money. I’d almost rather rot in prison than tell him I messed up. Sure, he was my boss, but that didn’t mean I wanted to interact with him any more than absolutely necessary. Our relationship was dicey these days.
“I see your wheels spinning, but there’s only one way we’re going to get out of this now.”
My dark eyes his clashed with his in a silent battle. “What do you have in mind?”
“We’re going to put on a good show,” he said, his warm breath tickling my face and sending shivers down my spine.
Electricity zigzagged through the air like a thunderstorm gathering strength on the edge of the horizon. My fingers involuntary twitched with the urge to sweep through his disheveled blond hair. He looked downright dreamy as his deep sapphire eyes zeroed in on my mouth. Before my mind registered his intent, he was kissing me. 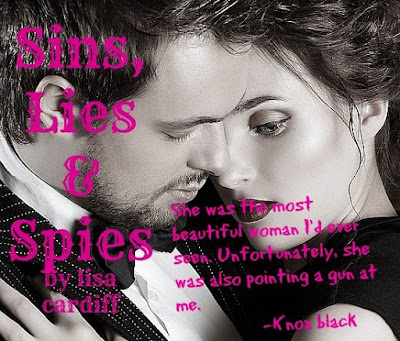 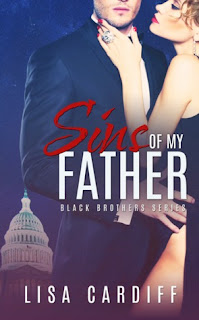 – ABOUT THE AUTHOR: LISA CARDIFF – 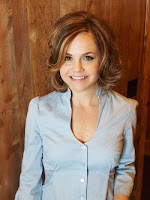 After spending years practicing law and running a real estate development company with her husband, Lisa decided to pursue her dream of becoming a writer and she must confess that inventing characters is so much more fun than writing contracts and legal briefs. A native of Colorado, she lives with her husband and three children in Denver. When she isn’t managing the chaos of raising three children and owning her own business, she can be found reading or writing a book or tinkering in her garden. 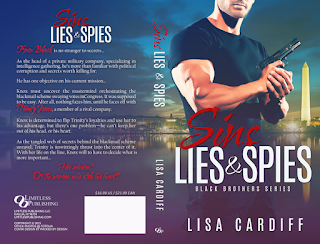