Whether you’re looking for a romance that makes you laugh, makes you ‘walk the plank’, keeps you guessing, or stars your favorite paranormal, look no further. Select books have the single-title stories you crave, and the longer length you need to really get ‘lost’ in a great book. To find out more about their titles, chat with authors, participate in special events, and to find out what books are coming next, visit the Entangled website, follow them on Twitter, and like their Facebook page.
Today I’m happy to be featuring Select’s March release: 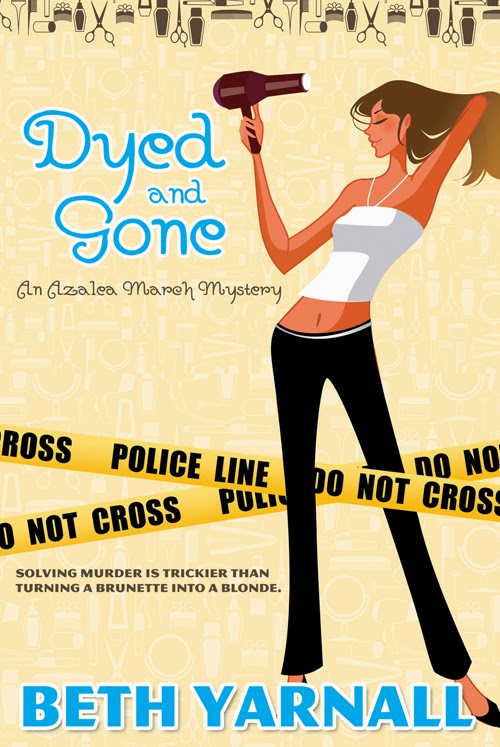 Dyed and Gone by Beth Yarnell

Hairstylist Azalea March is looking forward to a wild weekend in Las Vegas with her friends. Oh, sure, they’re supposed to be there on business, attending the biggest hair show on the west coast, but that doesn’t mean they can’t have a little fun. But fun quickly turns to drama. On the first morning of the show, Dhane, the biggest celeb of the hair-styling world, is found dead. As it urns out Azalea’s friend, Vivian, not only knew Dhane, but the tale she weaves of how they met is faker than a showgirl’s uh… assets. When Vivian confesses to the murder and is arrested, Azalea knows there’s no way she could have done it and suspects Vivian may be trying to protect someone. But who?Azalea now has to convince Alex, the sexy detective from her past, to help her prove Vivian’s innocence and comb through clues more twisted than a spiral perm. But the truth is stranger than anything found on the Las Vegas Strip, and proving Vivian’s innocence turns out to be more difficult than transforming a brunette into a blonde.
Find Out More!