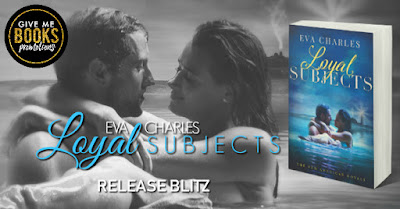 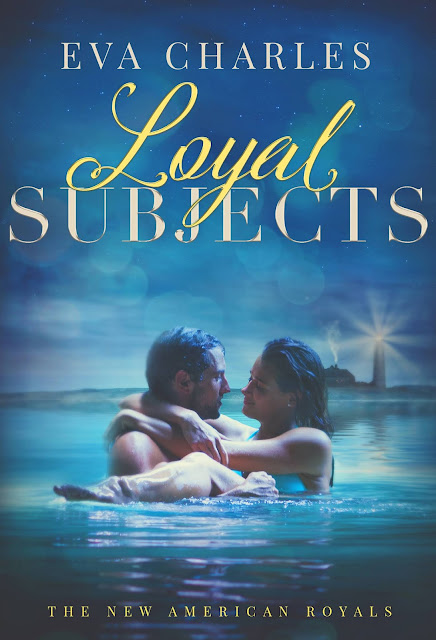 Title: Loyal Subjects
Series: The New American Royals #5
Author: Eva Charles
Genre: Contemporary Romance
Release Date: June 14, 2018
Blurb
Allegiance, faithfulness, honor…Loyalty goes by many names.
Emmie Landon is off-limits. She has a young son, works with my brother Jake, and lugs around enough baggage to fill an entire football stadium. But I can’t resist her long, shapely legs and thick, soft curls, begging to be wrapped around my hands.
Mark Harrington is too-everything. Too good looking, too funny, too charming, too brutally honest, too impulsive. He’s accustomed to getting his way, and never afraid to throw down the gauntlet. So what if I can’t stop thinking about his devilish blue eyes and his lip-smacking happy trail?
He needs someone to love.
She needs someone to love her.
Two seemingly incompatible lives…
Two hearts capable of total devotion.
**Despite being volume five in The New American Royals Series, Loyal Subjects may be read and enjoyed as a standalone contemporary romance.**
ADD TO GOODREADS 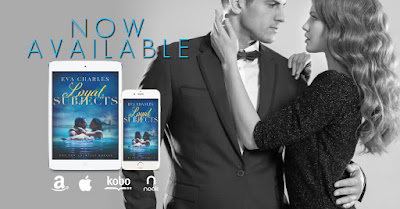 This book.  All the feels and just what I needed to read right now.  If you have been following me for awhile then you know that I have read every book in this series.  You don’t need to read them order at all.  That said, why wouldn’t you?  Now, I have talked to Ms. Charles and she assured me that I might actually fall harder for Mark than Cole.  Some readers did, but I’m sorry, Cole still has my heart.  Ever more so because of Mark.  Cole’s the oldest and Mark has always been the somewhat troublemaker but Cole and Mark have a great relationship even as adults.
Mark is just that boy that just hasn’t fully find himself but on the other hand, knows what he wants in life.  As the middle child in a house full of boys, his greatest love was his mom and the relationship that she had with his dad.  He still holds them up as the model couple and wants what they had.  Mark fell for Emmie early in the book and it’s to see why.  She’s smart, sexy, a great mother to Teddy but still has the ghost of her dead husband over her.  I really felt for Mark when he was trying to convince her to take off the ring so that someone else could love her.  *sniffs*  Great line in the book.  The best thing about Mark was that he never backed down with Emmie.  He put the mirror up to her face and made her think.  He was never cruel but he needed to do that with her at times.
Emmie, my Emmie.  I really don’t know how to sum her up.  Horrible, wretched childhood.  A vile, uncompromising mother in law didn’t help matters at all.  A shrine?  I loved how Mark finally set her straight and I’m not going to tell you the most awful thing that she did.  OMG!!!  I’m still shaking my head but I understood the “why” she did it.  I know, weird huh?  Emmie’s reaction in her kitchen after her encounter with Mark broke my heart.  I honestly didn’t think that it work.  Too many roadblocks brought up from her.  I understood why Emmie acted the way she did at times.  It was great that she had a friend in Alexa.  Alexa is the bomb.  And good lord, Ella needs a filter.  Actually, she doesn’t.  I love her too much.  I can’t wait for her story.  Its gonna be hysterical.
There are so many scenes in the book that brought a smile to my face.  One, in particular, was with Teddy.  Being an only child, he didn’t have any brothers to bring to school for a presentation.  Of course, in Mark fashion, he decides that all of his brothers will stand up with Teddy.  OMG, Drew, Luke, Will, Cole, Jake and himself showed up.  Classic Harrington.  Plus, they put a little bully in his place without saying a word.  Another scene is when Ella shows up at Emmie’s house and soothes the beast (Emmie’s mother in law).  I laughed out loud.  Finally, the epilogue.  And that’s all I’m going to say about that.  Beautifully written, funny, sad but in the end very uplifting.
I know, Ms. Charles, I should have loved Mark as much as Cole and in some ways I did.  Cole owns my heart.  With Mark, I will love him to the end.  He takes no prisoners, stands up and takes control but also apologizes when he is an *ss.  That’s what makes him Mark.  *swoon* 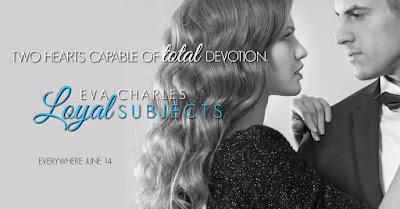 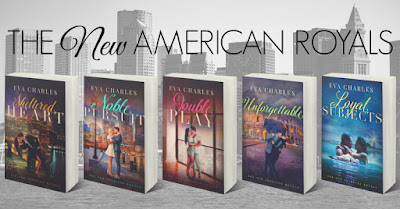 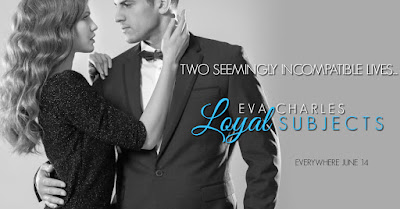 Author Bio
After being a confirmed city-girl for more than thirty-five years, Eva moved to beautiful Western Massachusetts in 2014. There, she found herself living in the woods with no job, no friends (unless you count the turkey, deer, and coyote roaming the backyard), and no children underfoot, wondering what on earth she’d been thinking. But as it turned out, it was the perfect setting to take all those yarns spinning in her head and weave them into romantic tales.


When she’s not writing, trying to squeeze information out of her tight-lipped sons, or playing with the two cutest dogs you’ve ever seen, Eva’s creating chapters in her own love story.
Author Links
FACEBOOK
GOODREADS
TWITTER