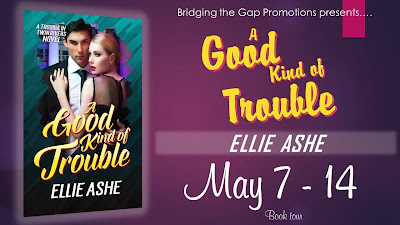 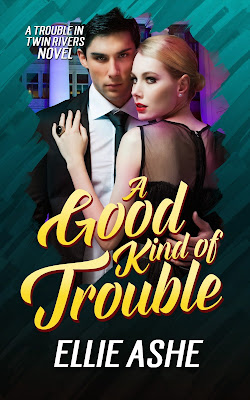 Beacon news reporter Lindsey Fox is on the verge of breaking a huge story of political corruption that will make her career and make her famous journalist parents proud—or she could be thrown in jail and fired. It really could go either way.
Her recent streak of bad luck continues when Lindsey finds herself facing a bogus contempt charge—and attorney Ben Gillespie is appointed to get her out of the slammer.
They once had a bad date of epic proportions—stilted conversation, food
poisoning, burglary, towed car. Then there was the incident with the pepper spray. Lindsey never believed she’d see the sexy lawyer again.
Ben can totally believe that Lindsey is behind bars. The woman is trouble. Now he has to get his new client out of jail, keep her out of the grasp of a crazed bike messenger and a shady P.I., help her save her job, and convince her to put down the pepper spray and give him another chance.
Available exclusively at
Amazon  until August 6th, 2015.
Temporarily priced at
$2.99 for a limited time.
Free to Kindle
Unlimited Subscribers for 90 days.
Also available in Print.

What’s next after A Good Kind of Trouble

A Good Kind of Trouble is the first book in the Trouble in Twin Rivers series. The tag line for the series is “There’s always trouble in Twin Rivers” and trust me, I’m planning a lot of trouble for the characters in my fictional city. The books in this series will be stand alone novels, so readers will be able to jump in at any point. But characters from earlier books will make appearances in later ones.

For example, the next Twin Rivers book is about Fiona Larkin, one of the other attorneys at the Field Law Group, and FBI Agent Matt Pritchard. I do not yet have a release date, but am aiming at early 2016. Here’s a brief summary:

Fiona Larkin is a criminal defense attorney and a single mom. She doesn’t have time to deal with an inconvenient FBI agent who keeps popping up in her life—even if Special Agent Matt Pritchard is easy on the eyes. She really doesn’t have time for the dead body that she just tripped over, either. Matt Pritchard needs Fiona to cooperate with him, even if they are usually on opposite sides of the courtroom. She may be the key to unraveling how an undercover informant was killed—or she may be the murderer’s next target.

* * * * *
Excerpt:
Beacon news reporter Lindsey Fox is on the  verge of breaking a huge story of political corruption that will make her career and make her famous journalist parents proud—or she could be thrown in
jail and fired. It really could go either way. Her recent streak of bad luck continues when Lindsey finds herself facing a bogus contempt charge—and attorney and former bad date Ben Gillespie is appointed to get her out of the slammer.
Ben can totally believe that Lindsey is behind bars. The woman is trouble. Now he has to get his new client out of jail, keep her out of the grasp of a shady P.I., help her save her job, and convince her to put down the pepper spray and give him another chance.
Here’s a look at Ben and Lindsey from A Good Kind of Trouble.
“We don’t know they’re trying to harm me. Maybe they’re just trying to scare me.”
If so, that plan wasn’t working. From what Ben could see, she was more determined than ever.
“Lindsey, they’ve already hurt you,” Ben said, reaching up to trace the knot on her head. Her eyes
widened at the light touch and he had the urge to continue tracing a path down
her face, her neck, and then…
Get a grip. Kath was standing right next to him, but still his finger and his gaze lingered on Lindsey’s face.
She pulled away first, averting her eyes. “I doubt he meant to. Probably just wanted my bag, or something that was in it. Or just to intimidate me.”
“Doesn’t matter, Lins. As long as you’re on this idiot’s radar, you cannot stay at your house,” Kath
said. “At least not alone.”
Kath let that suggestion hang in the air and excused herself to help an incoming customer, leaving Ben alone with Lindsey amidst the lingerie.
“She’s right, Lindsey. This is serious,” Ben said, watching Lindsey turn back to the stack of filmy
negligees. He picked up a light green silky number by the thin straps, imagining it on Lindsey. She snatched it out of his hands and hung it up to steam.
“It’s been serious for a long time,” she said, whirling around, steamer in hand. “It’s been
serious, but no one believed me. I can take care of myself. I think I’ve proven that.”
She was furious and Ben didn’t blame her. “Of course you can. I’m not saying that. No one is. But you have friends willing to help you.”
Lindsey set the hand steamer down.

She ran a hand through her hair, her face troubled. “I don’t want you to—”
She met Ben’s eye and his breath caught in his chest. God, those eyes. A man could get lost in them.
“I don’t want you to get the wrong idea about the other night,” Lindsey said, her back stiff.
“Well, what part about that night?” Ben asked, his own anger rising. “The part where I helped you
figure out the contracts so you could do your job? Or the part where we nearly got naked and—”
Lindsey’s hand slapped over his mouth quickly. “Shh!”
He grabbed Lindsey’s slender wrist and held her hand, turning it over, kissing her wrist, but not releasing it.
“I think Kath has figured out what’s going on between us,” he said, leaning in close to her ear.
“I don’t even know what’s going on between us,” she protested.
He smiled. Me, either. Then he ducked his head to kiss her, brushing his lips along her jaw, then lower,
tasting the soft skin and relishing her shiver at the contact.
“Don’t do that,” she said.

Her voice trembled, but her hands gripped his shirt and pulled him closer.
“I think I will do that,” he said, tightening his grip on her body and taking her earlobe between his
teeth. She groaned and he pulled her around the corner to the dressing rooms, shutting a door behind them.
* * * * * * *
About the Author:
Ellie Ashe has always been drawn to jobs where she can tell stories—journalist, lawyer, and now writer. Writing quirky romantic mysteries is how she gets the “happily
ever after” that so often is lacking in her day job.
When not writing, you can find her with her nose in a good book, watching far too much TV, or trying out new recipes on unsuspecting friends and family. She lives in Northern
California with her husband and three cats, all of whom worry when she starts
browsing the puppy listings on petfinder.com.
Author contact info:
Ellieashe.com
Twitter.com/ellieashe
https://www.facebook.com/EllieAsheBooks
Newsletter sign-up:
http://bit.ly/EllieNews
* * * * * * * Follow along with Ellie’s Tour HERE* * * * * * *
Giveaway:   2 Signed print copies of
A GOOD KIND OF TROUBLE