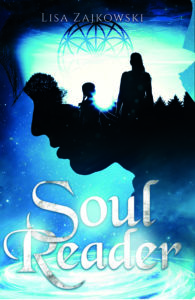 When skeptic Marvin meets artistic Natalie in a coffee shop on a cold October morning, the two fall fast in love, but nothing is ever as easy as it feels.

Natalie believes that a divine something is guiding her life for her greater good, and it seems to be true. She lands her dream job and she and Marvin marry at a beachside castle. However, the ease and flow of their lives start to change. At the same time that Natalie becomes pregnant, Marvin experiences strange symptoms and visits his doctor.

When faced with a diagnosis that changes everything and odd dreams of the child that hasn’t yet been born, will Marvin let go of his skepticism or will he miss out on a lifetime with his loving family?

Marvin heads into his oversized master bath to start the shower. He is sensitive when it comes to nature, so he has a top of the line water purification system that allows him to use the ocean water in his home. It siphons water from the ocean, removes the salt and impurities, and leaves him with the smoothest, cleanest water in town. He is hopeful that the city will one day take advantage of such a resourceful product, but he isn’t surprised that they haven’t. The water is silky and hot as it rains down on his body. His showerhead is automated with voice command, so he can tell it if he wants jet stream, raindrops, massage or pulsating. Marvin’s home may be more modest than most in the area, but he never held back on the luxuries of things he liked. He turns the steam feature on as he shuts the water off and grabs his towel. He loves standing in the steam, with it smelling the way only steam in a clean shower can smell. He has always been very in touch with his senses and felt them all deeply: touch, taste, smell, hearing, vision, and the unspoken sixth sense. He is unconsciously aware of his intuition because his analytical mind has yet to bring it forth; however, it will happen when the timing is right. He steps out of his steamy fortress, his hair awry, and drapes his towel over the shower door. As he steps in front of the mirror, admiring his sculpted body, he wonders if Talie might be up, if she was even awake.

Figuring out What to Eat

Why is it so hard to figure out what to eat?  I know that I’m not the only person who has a problem with this.  It’s so hard for me to decide what I want to eat for lunch or dinner.  Breakfast is pretty easy because it’s been frozen waffles or those frozen croissant sandwiches with my protein shake.  Sometimes toast is a nice alternative, but to be honest, I’m getting burnt-out on all the above. Also, taking something for lunch when I work in a fast-paced seems to be a challenge.  I used to meal prep and that worked great because I ate the same thing for about nine months. Now I can’t stand what I used to eat, which was chicken that I slow-cooked in Worcestershire sauce with other seasonings (I would stir in mayonnaise on the day of my meal) with red potatoes as a side dish.  Before that nine month stint it was something else and so on. Now I’m lucky if I can get down a peanut butter sandwich which I switched to a Fluffer-nutter because the peanut butter got old very quickly. I would still meal prep, but I’ve hit a wall and have no idea what to even prep. And dinner, omg, it goes along like this… Me: “What do you want?”  Spouse: “I don’t know, what do you want?” Me: “I don’t know because I’m not really craving anything?”….. and so it goes. I know my meal is not reliant on anyone else, but it does help if my spouse has a craving because that way I’ll just eat that. I feel like the foods I used to eat really don’t fulfill me in the capacity in which they used to. My go to cook up a box of pasta (I keep it fresh by alternating the pasta shape) and keep that in the fridge for the week.  It’s quick and easy because I just heat up my portion of pasta in the microwave and dump cold sauce onto it and bang, my meal is served. Even the take-out restaurants don’t have the same oomf that they used to. I think the answer must be to get a private chef and have meals prepared for me daily. However, that is not going to happen until I sell many more books or until I get a movie deal. So, in the interim, I am struggling with this. Perhaps I’ll just go back to the frozen food meals that I would pop in the microwave, but I have a feeling that their pizazz has been lost as well.  My best friend recently gave me a cookbook for runners and I did make a meal from it. The pulled pork was pretty delicious, but it’s crazy how much it costs to make just one dish. Then there’s a recipe for these awesome muffins that she says is a must, yet again the ingredients list and cost seem to outweigh my desire to make them when I can just by them from my grocery store. I think my answer to my struggle lies within this paragraph and it is, to meal prep because that is where I had the most success and consistency with food. I am hopeful to add variety so I get different nutrients and don’t get burnt out within the next nine months.  If burnout happens, I’m afraid that eventually I won’t want to eat anything but bread.

Lisa M. Zajkowski has an exhilaration for life while exploring all areas from the ethereal to the ordinary, and she appreciates learning something from every aspect. Her main theme in life is fun, as she indulges in laughter and looks for the positive in every situation. She also thrives on pushing the boundaries of the body while enduring in the sport of Triathlon, having completed a Half Ironman. However, it’s her first love of running that brings her an immense sense of liberation and connectedness with the beauty of the world. Lisa loves connecting with people, and being a massage therapist allows her to do this as she enjoys helping people facilitate healing within their innate body systems. She is comforted in the softer side of life while cuddling with her dogs and cat, and desires to own a horse ranch. Lisa revels in the freedom of being fluid in her writing, taking pleasure in all genres of authoring. She is currently working on Drama, Sci-Fi, and Horror novels.