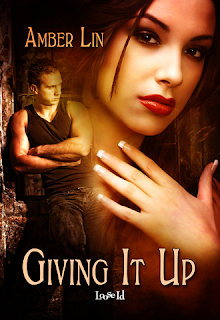 We have a new feature on Harlie’s Book Blog…book spotlight.  I have included the blurb, excerpt, buy links and author links.  Enjoy!

Allie prowls the club for a man who will use her hard and then ditch her. Hey, it’s not rape if she wants it. Instead she finds Colin, who looks tough but treats her tenderly, despite her protests.

He tempts her, but kindness and a few mindblowing orgasms aren’t enough to put her back together again. Allie has no hope for a real relationship. Two years ago her best friend betrayed her in the worst possible way – she’d be stupid to trust a man again. Besides, she has her daughter to think of, the only good thing to have come from that dark night.

But when her rapist returns, threatening her sanity and custody of her daughter, Allie turns to Colin. Under his protection and patient touch, Allie begins to heal and learns to hope. Colin’s no saint, though, and his criminal past draws danger of its own. Allie must fight to protect her child and the man she loves, hoping her newfound power will be enough to save them all.

Excerpt:
We stripped at the same time, both eager. I wanted to see his body, to witness what he offered me, but it was dark in the room. Then he kissed me back onto the bed, and there was no more time to wonder. The cheap bedspread was rough and cool against my skin. His hands stroked over my breasts and then played gently with my nipples.
My body responded, turning liquid, but something was wrong.
I’d had this problem before. Not everyone wanted to play rough, but I was surprised that I’d misread him. His muscles were hard, the pads of his fingers were calloused. I didn’t know how he could touch me so softly. Everything about him screamed that he could hurt me, so why didn’t he?
I wanted him to have his nasty way with me, but every sweet caress destroyed the illusion. My fantasy was to let him do whatever he wanted with me, but not this.
“Harder,” I said. “I need it harder.”
Instead his hands gentled. The one that had been holding my breast traced the curve around and under.
I groaned in frustration. “What’s wrong?”
He reached down, still breathing heavily, and pressed a finger lightly to my cunt, then stroked upward through the moisture. I gasped, rocking my hips to follow his finger.
“You like this,” he said.
Yes, I liked it. I was undeniably aroused but too aware. I needed the emptiness of being taken. “I like it better rough.”
Colin frowned. My eyes widened at the ferocity of his expression.
In one smooth motion he flipped me onto my stomach. I lost my breath from the surprise and impact. His left hand slid under my body between my legs and cupped me. His right hand fisted in my hair, pulling my head back. His erection throbbed beside my ass in promise. I wanted to beg him to fuck me, but all I could do was gasp. He didn’t need to be told, though, and ground against me, using my hair as a handle.
That small pain on my scalp was perfection, sharp and sweet. Numbness spread through me, as did relief.
The pain dimmed. My arousal did too, but that was okay. I was only vaguely aware of him continuing to work my body from behind.
I went somewhere else in my mind. I’d stay that way all night.
At least that’s what usually happened.

What reviewers are saying…

“The book is well-written, keeps you guessing, has you on the edge of your seat, and throws in plenty of surprises. I found it really engaging, and was rooting for Allie and Colin throughout.”
– Lucy Felthouse, Seattle Post Intelligencer Blog
“The spark and love between Colin and Allie is unforgettable. And with the steamy love scenes, what more could you ask for?”
– Khelsey, Books and Love
“Even though the characters from Giving It Up are extremely complicated with a lot of heavy issues… they were fascinating, kept me completely engrossed, and had me dying to know what was going to happen next.”
– Lori, Lori’s Book Blog
“This isn’t your flowery, happy-go-lucky fairytale, not at all.
The sex is raw. The story is heart wrenching. The characters captivating.”
– Reenie, Reenie’s Book Blog
“Dark, gutsy and deeply emotional; this is a story of two wounded souls finding solace with one another. Ms. Lin deftly handles the intricate psychological aftermath of rape and violence, of betrayal and forgiveness.”
– Cheryl, Romance Junkies
“Dark, edgy yet sensual and hopeful. Raw, intelligent and well-written, with a suspense element thrown in, and an unexpected twist. This is a well-crafted contemporary romance, dealing with some distressing issues and yet written with such affecting realism that Giving It Up was very hard to put down.”
– Jill, Goodreads reviewer
“This is not your average cute and sweet feel-good book. Rather, it’s a dark and edgy story about flaws, vulnerabilities, hope and real life. To say that I loved Giving It Up would be an understatement.”
– Steffi, Swept Away by Romance