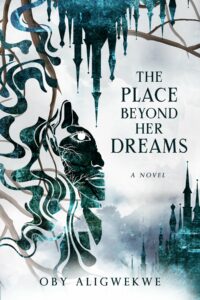 The Place Beyond Her Dreams

“We are most courageous at our weakest; when we believe we have faced what we fear the most and have nothing more to lose.”

At the sudden death of her grandfather, Ona’s pain transports her to mystical Luenah—a place of infinite possibilities, free of turf wars and other ills that plague the earthly dimension she lives in. In Luenah, where her grandfather awaits her, Ona learns she is an Eri, one bestowed with unique intuitive and spiritual gifts passed down from generation-to-generation.

On her eighteenth birthday, she returns to Luenah and is handed a box to deposit her ‘exchange’ for love and happiness—her great desires.

Burdened by her quest, Ona crosses paths with danger and heartbreak as the two men that love her dearly are viciously pitted against each other. As evil looms, she learns that dreams carry a hefty price, and no one is who they seem. Now, she must unmask the villain and save the one she loves, even at the risk of losing everything she holds dear.

Set against the backdrop of two warring towns, Oby Aligwekwe’s Young Adult debut—told from the viewpoint of her main character—is inspired by her West African heritage, fables, and spiritual beliefs. Ona’s journey reveals the power of choice, the true source of happiness, and, most importantly, the transformation one must go through to realize and eventually occupy their purpose.

Death was nothing new to me as living with my grandparents gave me the experience of witnessing village elders passing away. My grandfather was always in attendance to support families who had lost loved ones, and I sometimes accompanied him. Unlike the others, his death was more than a passing experience. This was no ordinary man. This was my Papa—a six-foot-six gentle giant, the head of our family. Since my grandfather was a chief, layers of rites were performed in keeping with the tradition of Ntebe. All the other chiefs in the town, twenty in total, lined up in their full chiefly regalia to pay homage to their fallen comrade. For a full twenty minutes, they danced and made ritualistic sounds around the casket that bore the body of my grandfather. I remember being in complete awe of their attires and flamboyant displays.

They placed the casket in the ground at midday. I stood next to my grandmother and my parents at the graveside. My parents had been in Ntebe since the day before. For the first time that day, I saw a physical reaction from my grandmother. Wailing from deep within her lungs, she threatened to throw herself into the six-foot grave if my grandfather didn’t return to her. As the gravediggers worked desperately to cover the hole with a mound of red dirt, a group of men tried to prevent her from jumping in.

Since I had always known her to be dramatic, I doubted she was going to carry out her threat. And I was right. As gunshots to commemorate the occasion tore through the air, my grandmother abandoned her display and ran for cover. 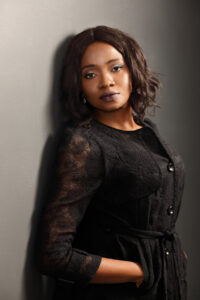 Oby Aligwekwe is the author of Nfudu and Hazel House. The Place Beyond Her Dreams is her Young Adult debut.

Oby’s first novel, Nfudu, a romance set in 1960’s Paris, received critical acclaim and was featured in publications such as Excellence Magazine and Mosaic Editions. Her second novel, Hazel House, paints a vivid portrait of how the needs of humans collide amidst intense desire and the quest for power. In her Young Adult debut, The Place Beyond Her Dreams, the protagonist Ona goes on a transformative journey to discover her purpose.

A talented writer, Oby is also an inspirational speaker and a chartered accountant. She lives in Oakville, Ontario, with her family and supports her community through her charity Éclat Beginnings.

When Oby is not working on her day job or whipping up stories, she enjoys traveling to exotic locations and bringing pieces of her travel with her. She lives in Oakville, Ontario, with her family and supports her community through her charity Éclat Beginnings.

7 thoughts on “Excerpt from The Place Beyond Her Dreams by Oby Aligwekwe w/a rafflecopter giveaway! @obyaligwekwe”