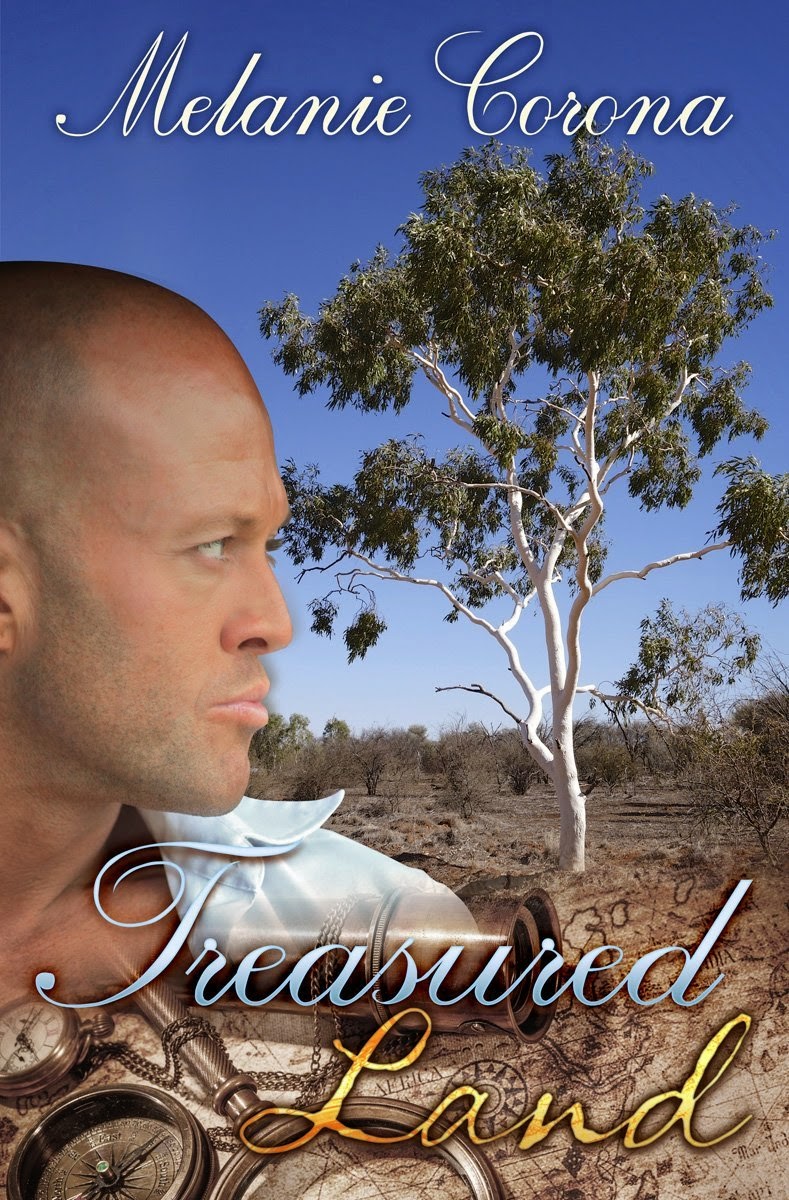 Buy now!
http://www.amazon.com/Treasured-Land-Melanie-Corona-ebook/dp/B00RW4TYEK
Blurb for Treasured Land
On Patrick Griffin’s deathbed, he asks his daughter Brigid to do the unthinkable–leave the Township of Melbourne with a dangerous convict. If she grants his request and risks trekking into the desert with a stranger, she could lose everything she’s come to know. Ultimately, she could end up alone, with nothing but her father’s memory.After being thrown into jail, Nathaniel O’Connor comes out of the experience bitter and ready to leave the gold rush life well and truly behind him. He is determined to take for himself what he feels Patrick Griffin has stolen from him. The only thing standing between him and his goal is Patrick’s headstrong daughter, Brigid.
Forced to work together, Brigid and Nathaniel embark on the journey of a lifetime. Traveling across the vast, unexplored countryside, they face not only the elements but also a ruthless man driven by shocking greed. Their challenges draw them together, and their experiences could not only change their outlook on life forever but turn their hearts to one another as well.Sometimes, though, what the heart needs and what the heart wants are two different things. Each has a choice to make, which may result in a loss neither wants, that of a Treasured Land.
Dream Cast 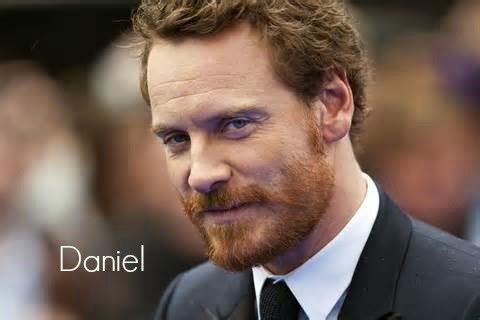 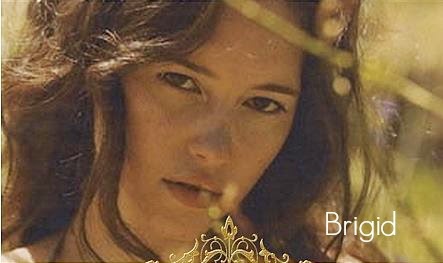 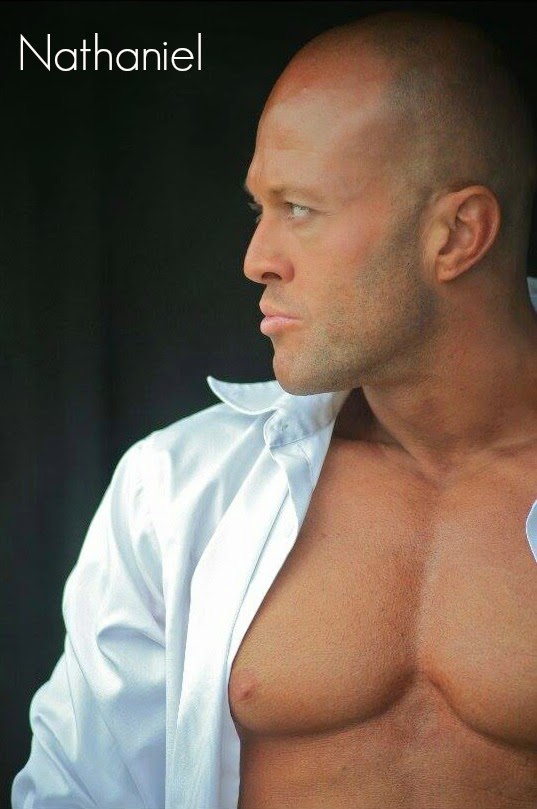 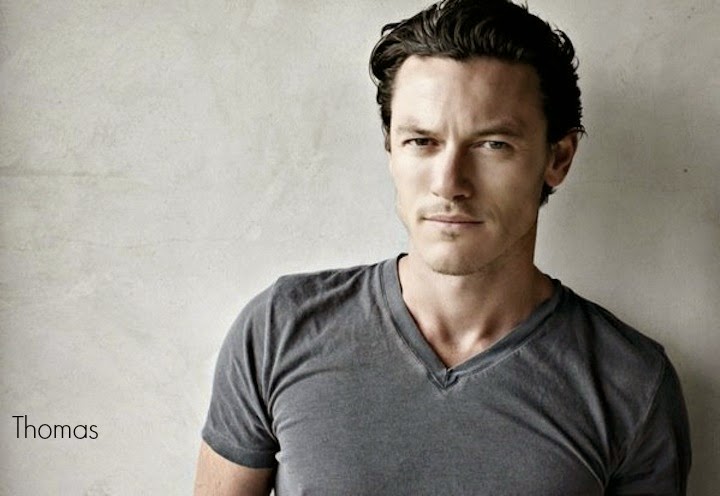 Excerpts from Treasured Land
1.
Brigid wanted to hold her breath in anticipation, silently praying they could make it past all the tents and men, without a scene. Harmonicas sounded out here and there through the night, played by the men who were winding down from a long day in the sun. The air was crisp and clear, with only the lingering scent of fires from supper floating on the light breeze. Stars littered the dark sky, lighting their way yet concealing them in the shadow of night. It was almost enough to put her to sleep. She was tired, and again they were on the run, but this time toward Melbourne. Life certainly hadn’t been the same for her since meeting Nathaniel, and she had a feeling it wasn’t ever going to be, either.
2.
Coming over the top to stand near the trees, Brigid wanted to scream. She dropped to the ground as quickly as she could to lie on her stomach, afraid she might have been spotted already. Brigid could see the outline of a man with his arms held above his head. He hung from a rope tied up to a tree branch. Two white trees like the ones she laid between, these two were also standing on their own with nothing else around them. It was Nathaniel hanging there. It had to be, and he wasn’t alone. Someone sat at the base of the other tree, keeping guard. She didn’t know if they were alone or if anyone else was around. She would have to wait it out for a while to see. She wasn’t equipped with anything she could use to help Nathaniel, so she needed to think on what to do. Brigid was both so scared and overjoyed at actually finding Nathaniel that she couldn’t do more than simply lay there anyway, her mind racing in too many directions.
3.
An old man with long white hair and white beard stood and came over to stand near the fire. He looked to them, nodding.
“Welcome to the land, our home. Be welcome to pass by here,” Sam said, his voice coming in just after the old man spoke to them. They continued that way, the old man talking with Sam interpreting what was said. “The welcome dance also awakens the spirits of our ancestors. They welcome you, too. We want to tell you a story, a story that has changed the lives of this people.”
Nathaniel turned to look at Brigid at the same time she turned to him. They both had no idea where this was going to lead, but the old man had their attention, and all they could do was listen.
4.
He looked up to Brigid and smiled. “Badalya mean food. Tucker tonight, and now he dead.”
Nathaniel had to move swiftly to catch Brigid across his arms when she promptly fainted. He looked over the dead body of their supposed supper and frowned at Sam.
“Hey, boss, give her this.”
Nathaniel watched Sam pull a bunch of leaves of some sort out from the back pocket of his pants. He held it to his lips before shoving it in Nathaniel’s shirt pocket. “For dyinmang belly.”
Nathaniel just stared at Sam, not knowing what to say just then as he continued to hold a limp Brigid in his arms. Sam stood and began to drag the kangaroo away. Nathaniel was simply speechless to all that just had taken place, and he sighed as he looked back down to Brigid.
5.
Brigid locked her gaze with his. He couldn’t look away even if he wanted to. She was too mesmerizing at that moment, sitting in the shade, soft pink cheeks, and…nostalgic. She took his breath away.
“I would not have let you live the way we had and would have been angry at Patrick if he brought you out there. I am angry at him because it had come close to that.”
She did smile at him this time. Her pink lips parted, revealing her lovely straight teeth, and his chest swelled, honoured to have been the recipient of it. “Why do you smile, Brigid?”
“Because, Nathaniel, it did nae make a difference anyway. Ye are mad at him now, and I am living somewhat the way he did.” 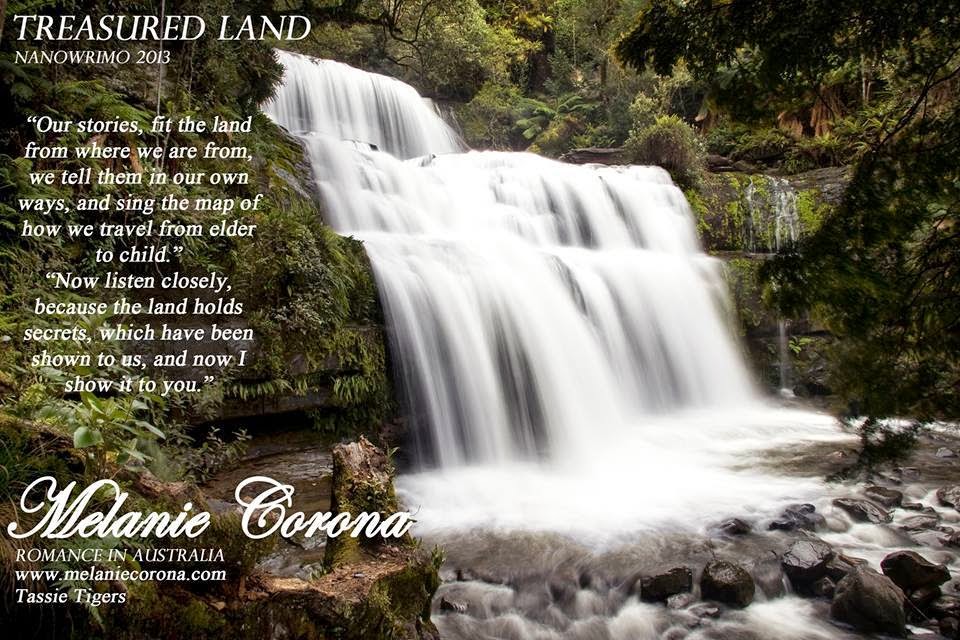 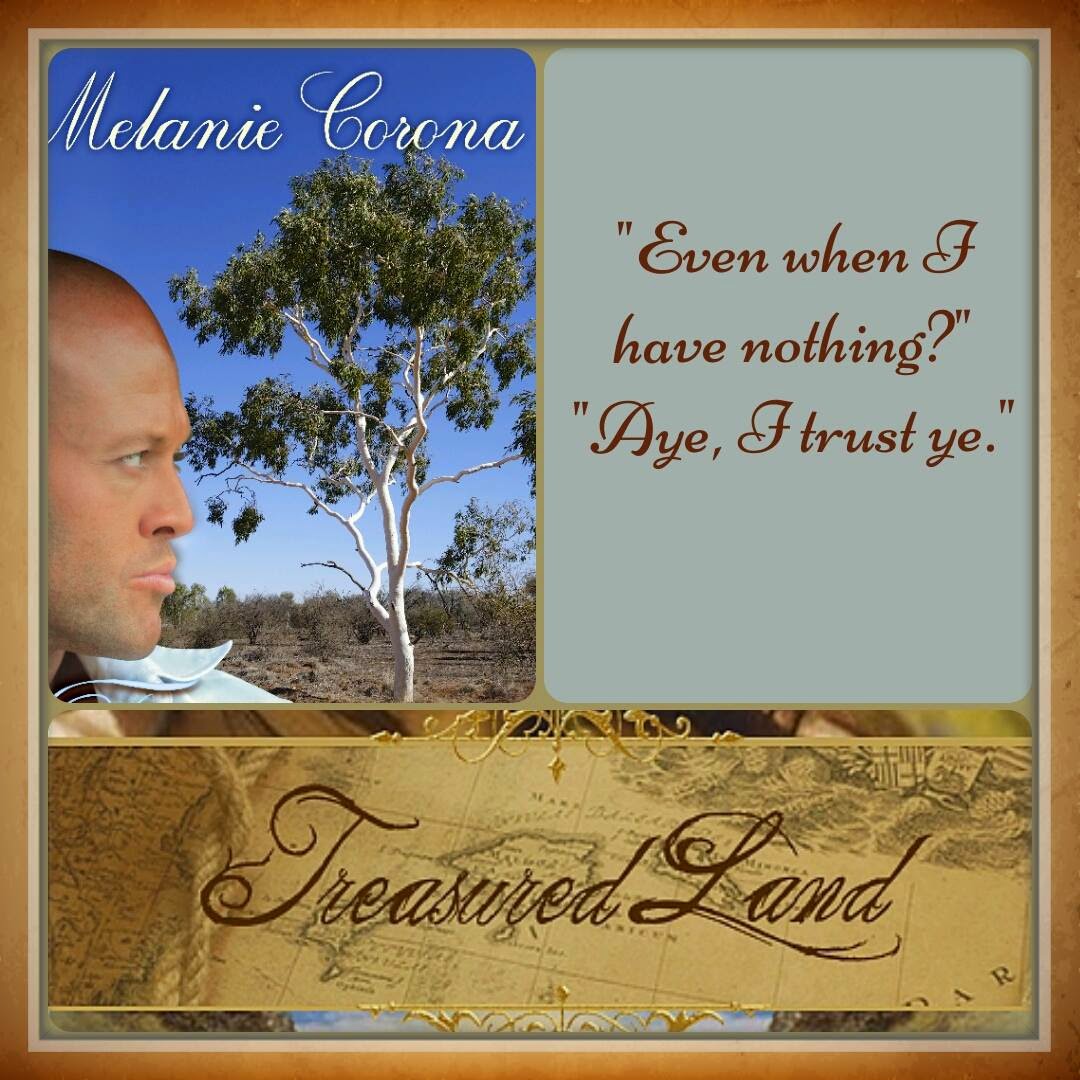 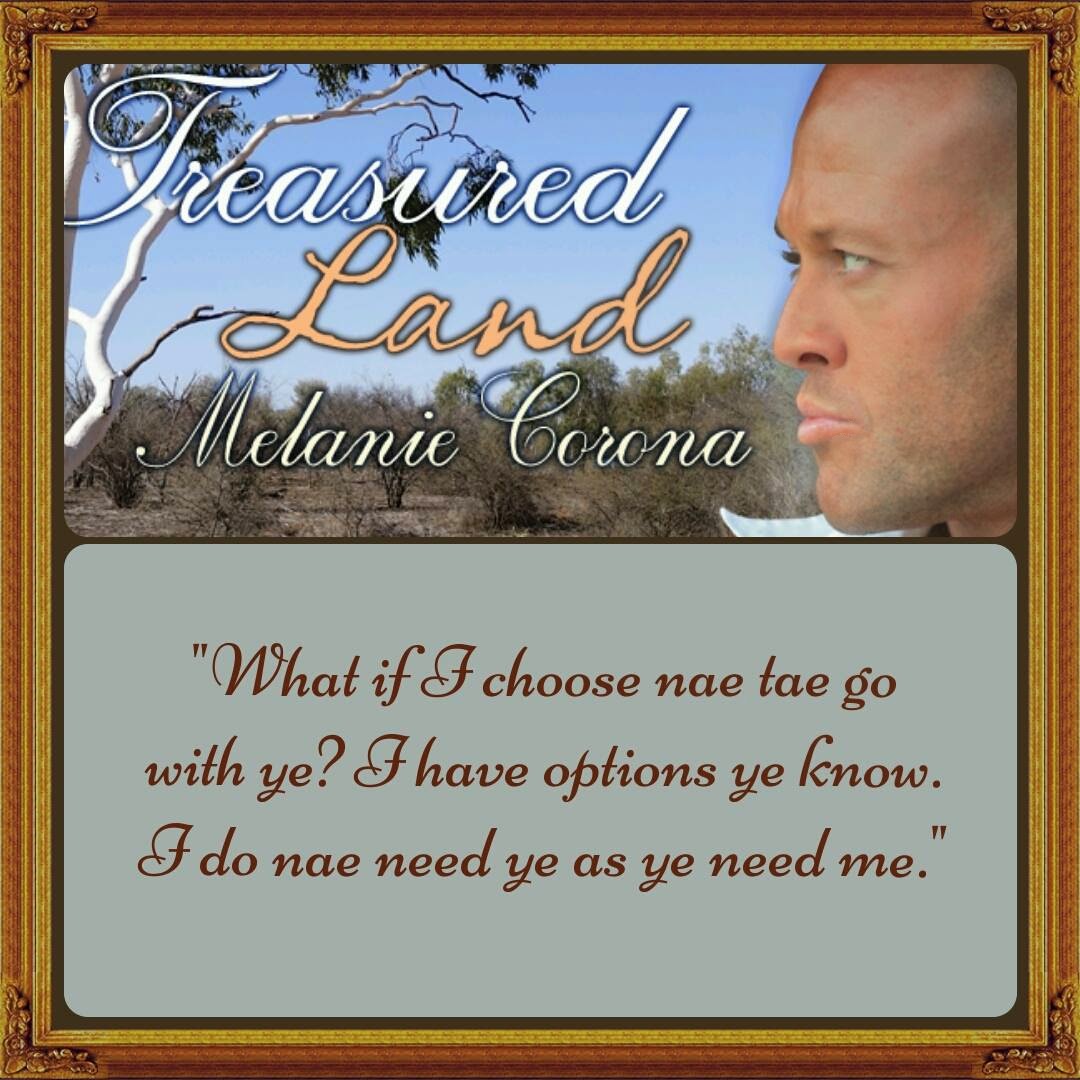 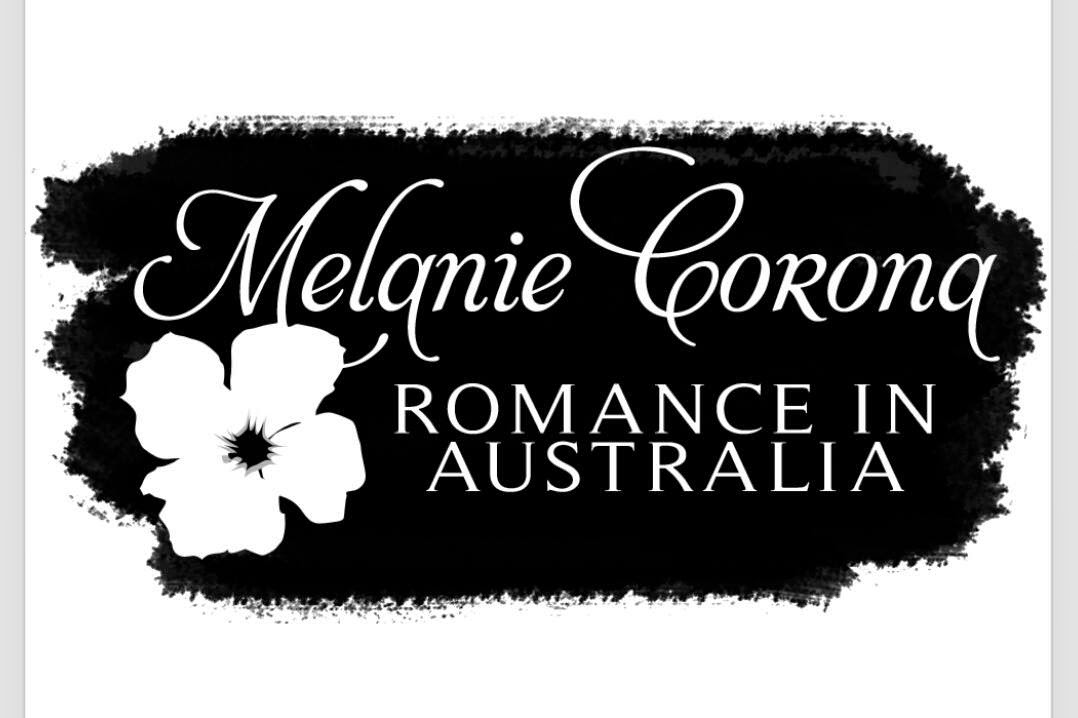 Melanie Corona was born in Darwin in the Northern Territory of Australia, and raised in Alice Springs (the very centre of the country). She has always loved reading and telling “tall tales” and wrote poetry all the time. Her greatest influence was her grandpa Majid who kept all the grandchildren entertained, constantly, with his stories, music and passion for writing.
Melanie didn’t tell anyone she wrote when she started because she was too shy, and now, has no idea why she was like that. She has stories to tell and wants to share them with whoever will read them. “I am not, and never will profess to be an awesome writer, but I will try to entertain, while bringing to life the history of my country, one page at a time.” 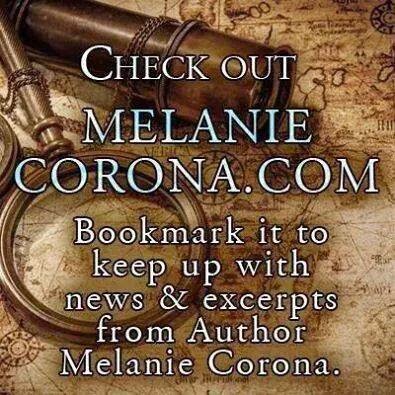 Network With Melanie Corona
Find all her hang outs, and get the latest news about her and her books on her website.
www.melaniecorona.com