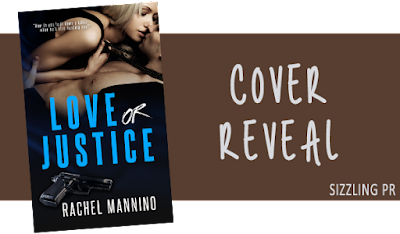 Welcome to the cover reveal of “Love or Justice” by Rachel Mannino.  Full tour schedule can be seen here.

So, here is the amazing hot cover of LOVE OR JUSTICE. 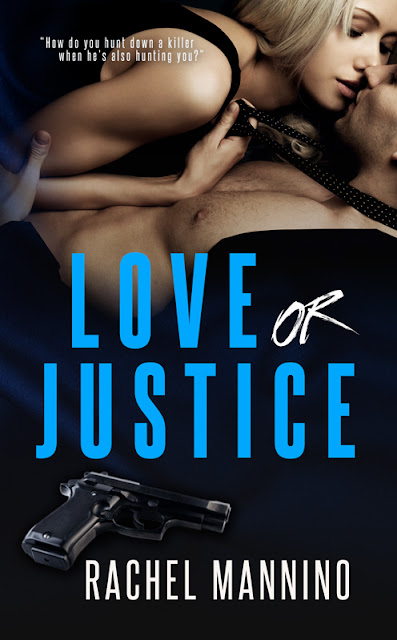 
After stumbling into a deadly kidnapping, Laurie’s life is in grave danger, and it falls to US Marshal Dante Stark to keep her safe until she testifies against Kaimi Quamboa—assuming he can be captured.


Dante knows he’ll lose his job if he becomes romantically involved with a witness…
But when he has to comfort her through constant nightmares, he finds it nearly impossible to fight his attraction to the beautiful, strong young woman he is sworn to protect. Laurie feels it too, but aware she’s in a high-stress situation and that when the danger is past she’ll never see Dante again, she tries to ignore his easygoing smile and the security he offers.


Laurie and Dante are forced to flee again…

When Kaimi’s men descend on their hideaway, they escape to a second safe house, only to be tracked down there as well. Dante now knows there’s a mole inside the US Marshal Service, and the only thing left to do is disappear.

Kaimi will never stop looking for Laurie, and if he’s caught, showing up to testify could be the last thing she ever does.

With each choice as dangerous as the next, Dante and Laurie must confront the boundaries of what they’re willing to sacrifice, and which is more important…


“How do you hunt down a killer when he’s also hunting you?” 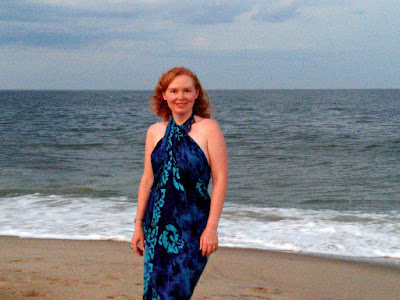 Rachel Mannino is a passionate writer who creates characters and settings that allow readers to explore power dynamics in relationships, the empowerment of women, and the ethical and moral dilemmas love can create in our lives. Rachel also uses her writing skills to raise thousands of dollars for entities that enrich our lives and create community change around the world.  She has worked for the Peace Corps; the Humanities Council of Washington, DC; Woolly Mammoth Theatre Company; and the Mayor’s Office of Arts, Tourism and Special Events in Boston, MA. Her first novel, Love or Justice, will be published by Limitless Press in November, 2015. Her second novel, Fractal, will be published by eTreasures in the spring of 2016. Rachel has a BA in theatre studies and writing, literature, and publishing from Emerson College, and she has used it every day since graduation.  She lives with her husband, author Christopher Mannino (www.christophermannino.com), and their adorable dog and cat in College Park, Maryland. 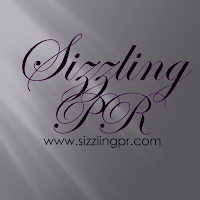