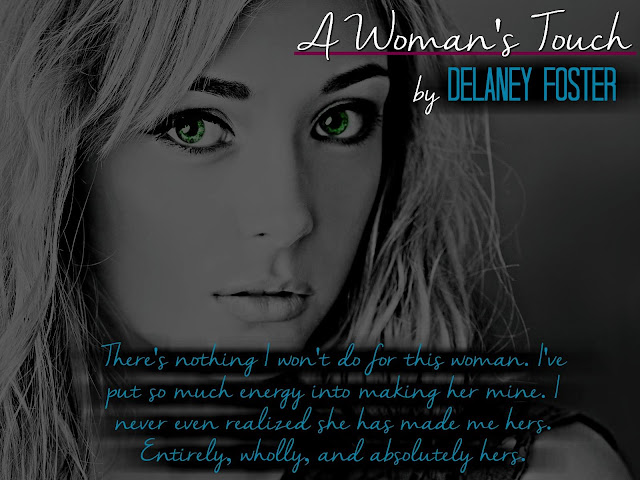 A Woman’s Touch Excerpt © Delaney Foster 2015
Nick has a way of convincing me, without words, to do whatever he wants without me ever knowing he dominated the situation. He’s such a natural politician. The kitchen incident actually worked to my benefit. It gave me a minute to regroup. This whole thing was going way too fast. I had no intention of spending the night with Nick. Sure, the sex was amazing. Okay I take that back, I’ve had sex. What we had…was not sex. Someone needs to invent another word for it. What I had with Nick was an incredibly intense and almost surreal experience. He took my body to levels of pleasure it has never been before. It’s like we were dipping into some crazy feeling people aren’t meant to feel. You know, like how we only use a certain percent of our brains because it would make us crazy if we used the whole thing. It’s like that. But with the senses. He’s messing with me. From the inside out. I’m having a hard time separating the physical from the emotional. And I can’t fall into that trap again.
My mind was made up. I was going home to regain my sanity before seeing him tomorrow night. And in he comes, with his smooth voice and silver tongue. So here we are, having dinner at some expensive restaurant on the river. He’s just sipping his whiskey while he watches me eat. If I weren’t so freaking hungry I may be a little uncomfortable with it but I’ll save that drama for later. I’m starving. That stare though. God it’s like he’s sending Jedi mind sex from his head to mine. He’s just sitting there, all crooked smile and seductive eyes, swishing the gold liquid around in his glass of ice before taking in a mouthful. I have to put down the fork and admire him for a moment. The Veal Michael is good but nothing is more satisfying than that look. “What?” I ask.
He takes another sip. “Just thinking.”
I slide my plate to the side so it’s not a distraction. “Oh? About what?” I make an attempt at imitating his sexy sip.
Nick sets his glass on the table, never moving his eyes from mine. “I don’t want to go home alone,” he states plainly.
Here we go. The moment of truth. If I tell him no, I risk upsetting him and give up another earth shattering round of sextasy. If I say yes, I risk falling for him. As if I haven’t already done that. But at least I set up boundaries and stay in control. I take another sip. The red wine is tart and dry. Not what I’m used to. So it’s not helping much. I set the glass down and try not to be serious with my reply.
“With that smile, I doubt you go home alone often,” I tease.
He brings his elbow up to the table and rubs the stubble trail from his jaw line to his chin. He’s choosing his words. Maybe I shouldn’t have made a joke of it. “Let me say it another way then…I want you to come home with me.”
Does he even know what he’s asking? He may have random sleepovers all the time, but I try not to make it part of my routine. Sleeping with someone, in the literal sense, is a significant symbol of comfort and trust. You’re entirely vulnerable when you sleep. And then there’s the whole holding each other close…for hours..thing. Not to mention the drool. And you don’t have the intermission period to collect your thoughts and remind yourself that this is temporary, a means to an end. It’s incredibly intimate. He may not think much of it. But I do. He must sense my hesitation because he continues before I am able to object.
“I’m not asking for a kidney Heidi. I just want more time with you. Is that such a bad thing?” I guess not.
“No.”
He smiles again. “I’m not ready to let you go yet. I don’t know if I ever will be.” 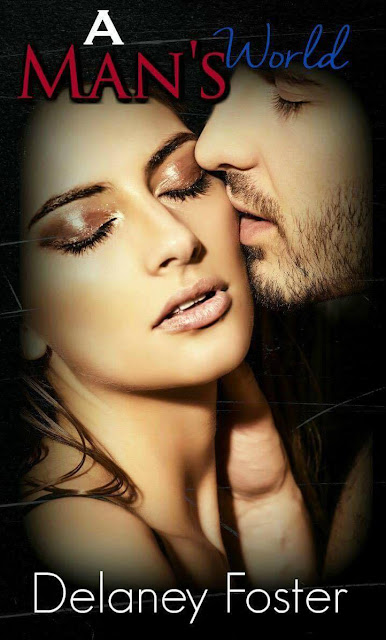 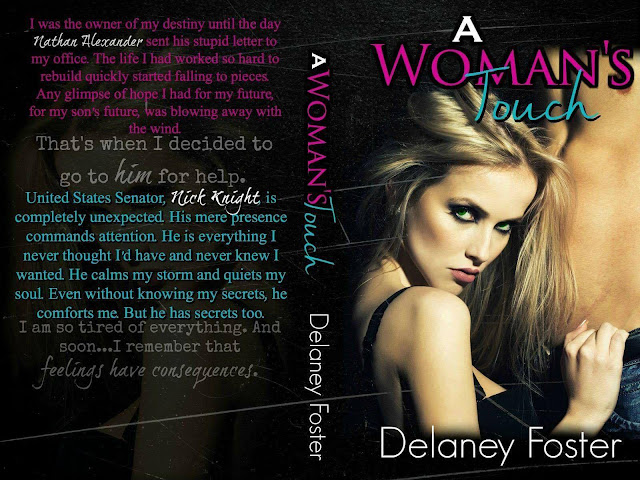 One thought on “Book Blitz for A Woman’s Touch (a Woman’s Touch #1) by Delaney Foster w/a rafflecopter giveaway! @msdelaneyfoster @MTWPromotions”