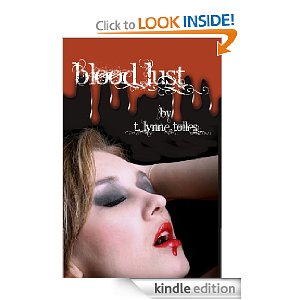 I’m sorry to say that this is the last stop on the Blood Lust tour.  I hope that everyone has gone out and bought the book.  T. Lynne is having a giveaway and I have posted the link and picture of the giveaway at the end of her post.  So without further ado here’s T. Lynne…

I’m back…Thanks again Harlie’s Book Blog . I was here on September 7 and talked about some of the things in and about my life that made its way into my books, like my car, my cat, etc. This time I thought I would tell you two interesting stories, one silly and one that became the premise of one of my books.

The first story is actually located on my website. When I finally decided to try self-publishing, I needed to come up with a name for the publishing company. I wanted it to sound official, but also wanted it to embody a fiction feel.

As a child in school, with a name like Tolles, you can imagine the names that I was teased with – the two most prominent were “Tollhouse” and “Trolls”.  Being descendant from Norwegians, my dad had always teased me and my sisters that we were trolls in the old world and that when we came to the US, we dropped the “R”, gave up the billy goats and living under bridges, for the life we live now. He also claimed that our “trollism” was why he was so hairy, but we girls weren’t sure that was true, however we seemed to fall for the rest of the story.

Needless to say, that is how Troll Publishing came to be – from a goofy story my dad used to tell me. I figure it sounded official and personified the fantasy world with trolls.

The second story is how one of my books came to be. My sister-in –law, my daughter and my husband had gone on holiday last year to Europe – namely London, Rotterdam and Scotland. On Labor Day weekend, we all headed up to Grants Pass, Oregon to visit my husband’s brother and his wife.

As we always do, the gabbing started as soon as the guys left the room and didn’t end until we left the following Tuesday. While we were driving to town, the sister-in-law that had gone to Scotland with us, suggested something.  “You should write a book based in the Jane Eyre timeframe using our visit to Scotland as the backdrop.  Maybe the heroine could be a maid and she comes to work at an old house where unknowingly a vampire resides.”

At the time, I was struggling with writing Deadman’s Blood and was having some serious writers block.  This premise she came up with spiraled around in my head for days. I was jotting down notes and journeying down possible roads the story could take until I could stand it no longer and sat down and wrote Somber Island.

Somber Island is completely unrelated to the Blood Series, but it has some of the same elements (witches, vampires, werewolves). Although it takes place in the 1850’s, the language is not from that era.  I’ve never been very good with old English and had a miserable time reading Bronte’s “Wuthering Heights”.  Although I loved the book, much of it had to be explained to me by my teacher In high school because I missed so much of the meaning in the old English.  That is why I opted not to use it in Somber Island, however, I did make sure to keep other elements of the time period in perspective.

As you can imagine, I tried to finish the book in time for my sister-in-laws birthday December 6, however I missed it by a week due to time constraints with my editor.  Nonetheless, I dedicated the book to her for her birthday, after all, it had been her idea. 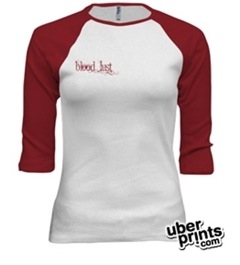