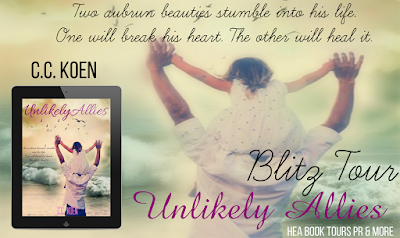 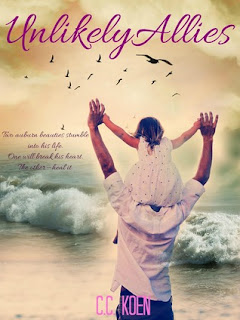 What happens when a single mom’s four-year-old daughter falls in love with Mr. Right and she doesn’t?

Maggie Tyson’s rule: no bad boys. Her incarcerated ex-husband broke her of that attraction. Needing to escape his threats and the scrutiny of the people in her hometown, Maggie relocates to New York City. Determined to not make the same mistakes, she has a mile-long list of dos and don’ts. Unfortunately, her daughter, Cecily, doesn’t like to follow them. When Cecily wanders away from her and right into Rick Stone’s office, Maggie knows he’s the exact type she’s been trying to avoid. Can she resist him or will she succumb to his willful charm?

Rick Stone’s rule: bed them don’t wed them. Running a multibillion dollar business doesn’t leave him with much time to do anything else, particularly with an overbearing grandfather breathing down his neck. But when a man works hard, he needs to play even harder. Voted America’s most eligible bachelor, Rick doesn’t have any problems getting women into his bed—except one.
Two auburn beauties stumble into his life.
One will break his heart.
The other—heal it.
Will he love or leave them?

Contains mature content and language. Not recommended for readers under the age of eighteen due to sexual situations and subject matter.

Rick waved to Paul, the evening security guard, and exited the office building. Another midnight departure. It wasn’t that Rick noticed the time anymore; a fifteen-hour work day was common for him. Tonight though, he left with each task on his to-do list accomplished.

Dead tired, he focused on the parking garage across the street. At the walking signal, he jogged to the other side. Two huddled bodies in the bus stop enclosure captured his attention. “What are you doing?” He rushed toward them, stopping at the edge of the bench.

Maggie jolted and glowered at him. “You scared me half to death. I’m waiting for the bus.”

Was she out of her mind? “It’s not safe. You can’t even defend yourself. Not with a sleeping girl in your arms.”

Maggie rested her cheek on top of Cece’s. “I don’t have a choice.”

“You could have caught a cab.”

She tilted her chin up, shot him an agitated brow, and buried her face against Cece’s. “It’s far. It would’ve been too expensive.”

“It wasn’t a choice, Maggie.” He leaned down to scoop Cece into his arms, but Maggie put her hand up, stopping him.

“Don’t.” She stared, unrelenting, and her back scooted into the corner of the booth. Her tight, squared shoulders were on full alert. “How do I know you aren’t some lunatic?”

He wanted to laugh, he really did, but her honest reaction shouldn’t have surprised him. Used to getting his way, he hadn’t thought twice or considered she’d protest the offer. His mouth pulled into a frown as he considered his intimidating stance towering over her. He backed up a few steps, raising his hands. Unwilling to relent, he scrolled through his cell, pressed a few buttons, and when he got an answer, he kept his focus on her. “I need you to vouch for me.” His best friend’s laughter on the other end ticked him off, but he wouldn’t rest until he had his way. “Mention I’m a good guy.” Then he eased closer to Maggie, his hand extended, urging her to accept a concession he wasn’t used to making.

Her eyes flicked from him to the phone and back a few times. He wasn’t sure if the blank look on her face meant she believed him or she’d scream for help. Several tense seconds later, she plucked the cell from his hands, her fingertips clipped to the top and nowhere near close to touching him. “Hello.” Her quiet, reserved whisper revealed hesitancy, but her intense observation demonstrated she wouldn’t surrender easily. “Maggie Tyson.” After a brief pause she answered with a relieved and happy bounce in her voice, “Oh, Matt, hey.” She listened and nodded, her lips curled into a quirky smile and disappeared before he could appreciate it. “Yeah. Uh, huh. Will do, bye.”

After he tucked the phone in his suit pocket, his hand clenched it over and over, waiting for her to say something, anything. Tired of the long silence and her scrutinizing inspection of his eyes, nose, mouth, and grinding jaw, he rocked back and forth on his heels for the second time. “Well?” 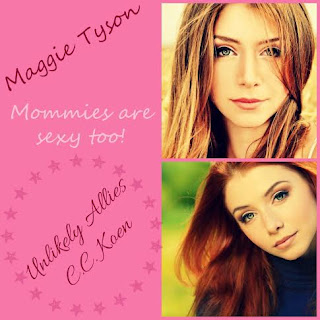 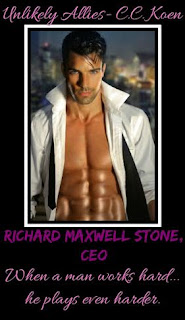 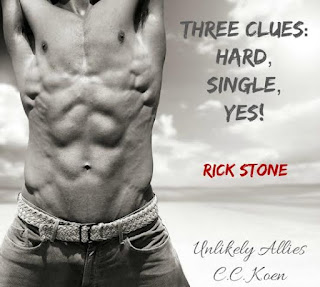 C.C. Koen writes contemporary romance with a twist. An avid reader who enjoys mystery and suspense, her stories will never be what you expect. Determined to find adventure in her dreams and life, she enjoys skydiving, sailing and any activity that challenges her. Teacher by day, romance writer at night produce an active imagination that comes to life in her writing.