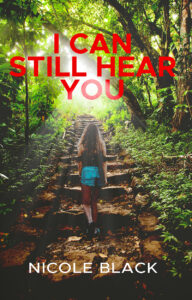 I Can Still Hear You

I Can Still Hear You is a powerful and deeply moving story which grapples with the universal pain of grief and the loss of a loved one. When Scarlett O’Connor loses her father at the age of 30, she’s forced to face the shambles that her life has become. With no money and no savings, the only thing that waits for her is a cryptic map and a mysterious letter. With nothing left to lose, she embarks on a trip to Maui for her father’s final adventure, to begin a treasure hunt which will force her to look deep inside herself and come to terms with her pain and grief.

Accompanied by her less-than-supportive fiancé, a close childhood friend, and an enigmatic man who was her father’s old acquaintance, Scarlett must decode the mystery and find the hidden treasure. But she knows she must face her fears alone, and calling upon the spirit of her father for guidance, she struggles to reconcile her emotions and uncover the treasure before her time in Maui comes to an end.

Perfect for fans of contemporary and women’s fiction, I Can Still Hear You is a gripping tale which will resonate with anybody who has struggled with the death of someone close. This book is a testament to the fact that even though we may have lost them, our loved ones stay with us no matter what challenges we face.

Just as I was remembering the way my father had let me sleep on this porch swing the night my mother died, something red swooped into the periphery of my vision. I turned and saw a tiny red bird, sitting on the railing, regarding me.

I hadn’t seen many of those birds around here. Or any, actually. Santa Monica was all about seagulls and the occasional pigeon or two. I tilted my head at it and said, “Can I help you?”

It hopped along the railing for a moment, then flew off as a shiny red SUV pulled up at the curb. I straightened up to see it over the railing. It didn’t look familiar, so I was just about to go back to peeling off the remnants of my horrible manicure when the driver’s-side door opened, and a tall man poked his head up and waved. It’d been a while, and though it’d filled out, I’d never forget that face.

Warmth and happiness flooded me. I half waved at him as he climbed the steps, then buried my peeling fingernails under my backside as he came close, because, well, I had known Mark as the goofy kid—a bit overweight, with acne and a bad haircut. Only much later in life had he started becoming handsome, so handsome that this new version of him always startled me a little. I had to work a bit to see that goofy kid I once knew.

When he stooped to give me a hug, he was so tall and big that his body engulfed mine. I pulled my hands out from under my thighs and hugged him back.

Can you describe your dream home?

If we were to come to your house for a meal, what would you give us to eat?

Tell us about the absolute BEST fan letter you have received.

Say your publisher has offered to fly you anywhere in the world to do research on an upcoming book, where would you most likely want to go?

Who designed the book cover for the book you are touring? 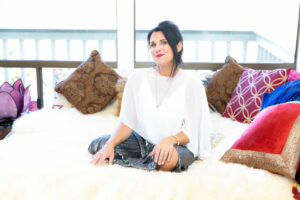 Nicole Black is an author, motivational speaker and entrepreneur with a passion for sharing unique stories and helping people grow. For over 20 years, she’s worked in the business world as a corporate trainer in employee productivity and effective growth, where she’s helped some of the biggest brands in hospitality and entertainment grow sustainably through inspiring their employees. She’s been featured on platforms including TEDxWilmington, Jack Canfield Show, Santa Barbara News Press, The George DiGianni show and the Tom Barnard Show.

Through her writing, Nicole hopes to empower her readers and impart valuable lessons about grief, loss, and emotional growth. In her free time, Nicole enjoys traveling, yoga, and spending time with her wonderful daughter in their home of Santa Barbara, California.

Link to buy on Amazon for print book: